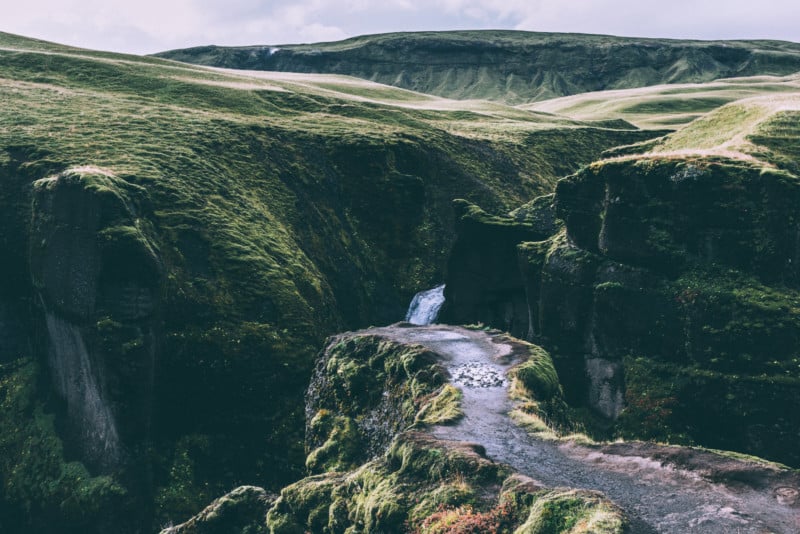 When I was growing up, I spent several summers living with my father on the Isle of Skye in northern Scotland. As a teenager, I didn’t have an appreciation for the landscape, but as I grew up, I started noticing just how beautiful it really was. That is why I began photographing nature, and it’s really this love for the outdoors that drives me today.

Tip #1. Learn from the icons

The most iconic landscape shots – the ones you likely have in mind – are those that appeared in magazines like LIFE or National Geographic. Something they don’t tell you is that many of the yellow and purple colors in their photos aren’t there in reality, this is what I like to call “the postcard effect.” If you’re striving for those kinds of pictures, you will have to emulate their tricks and add some colors after taking the picture. Often this is a process referred to as split toning. 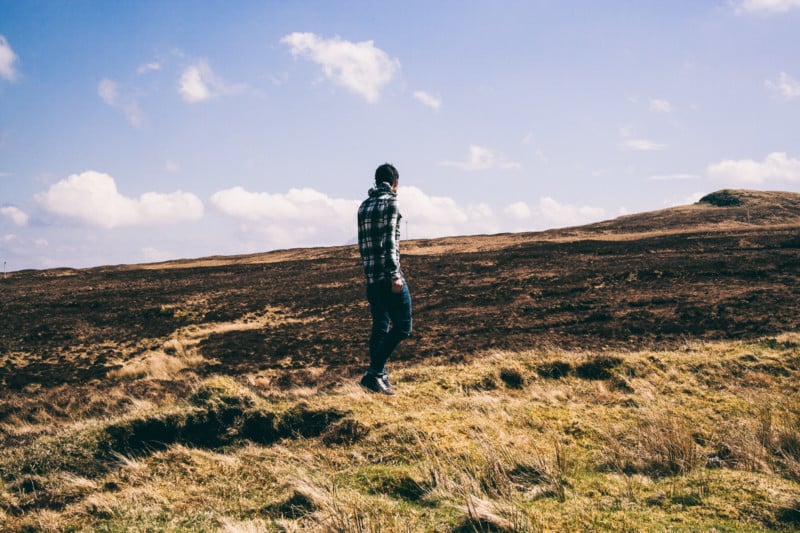 Tip #2. Play with the colors

A common problem of landscape photography is that the colors come out too flat. That’s because you’re shooting across a distance and there’s a lot of visual information for the camera to capture. With filters and post production you can enhance the colors after the shoot. You’re probably familiar with the work of Ansel Adams, who used contrast to deliver the punch of his images. You can do something similar by upping the contrast of your shots, or even touching the color curve to bring out some shades that didn’t pop out initially.

Just be careful not to overdo your editing: too much processing and your landscapes look like fairy tales. When you’re in doubt, take another look at your photo a few minutes after editing it. Does it look realistic?

I tend to always take my photos a bit underexposed. It’s easier to tweak the dark areas in post processing and to introduce some light than it is to fix an overblown sky. It’s also great to retain some shadows in your photos, as they add structure to the picture and gives a sense of depth. 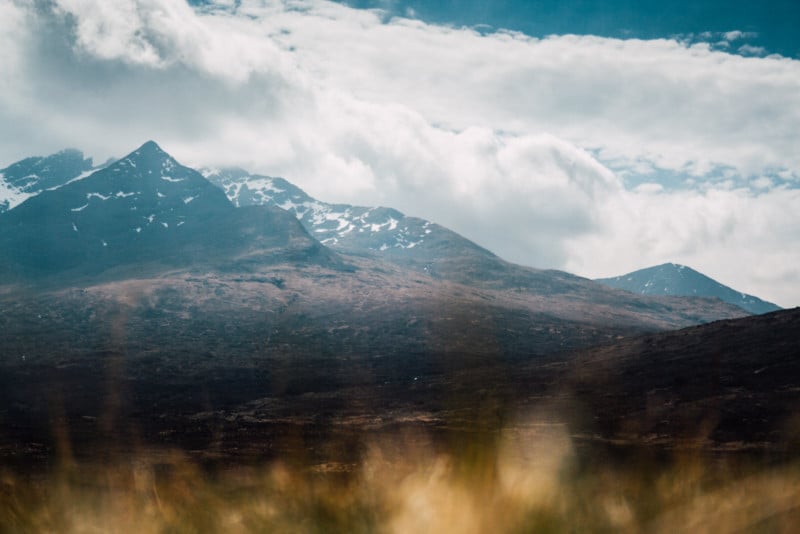 High Dynamic Range photos — HDR in short — became popular in the early 2000s as a way of getting more vivid colors and details in photos. Today, your phone or camera sometimes tries to use HDR automatically, but I’d advise you not to shoot with it turned on. The resulting images look very artificial — and while they do include more color, the reproduction isn’t very accurate. That’s why HDR has gone back out of fashion and you’d do better to stay away from it. 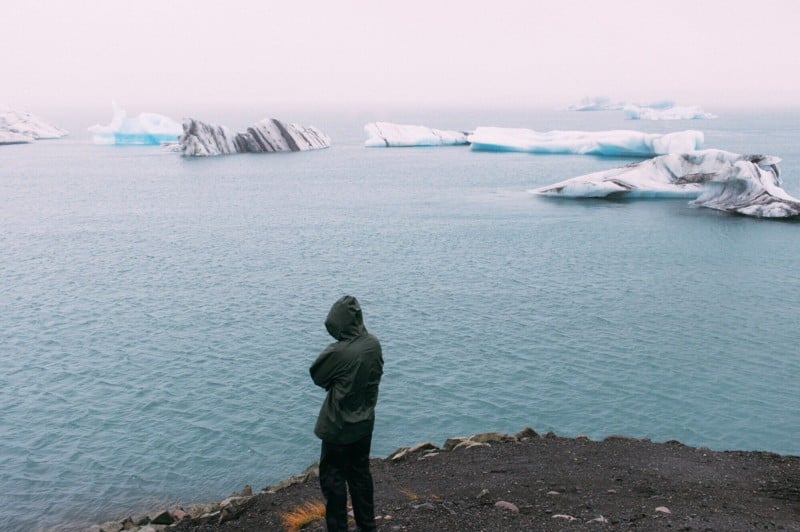 Many people assume that you need a lot of fancy gear to take better landscape photos — but I am shooting with what’s basically a street photography setup: a 24mm prime lens, or alternatively a 35mm lens. I find that not having a zoom challenges me to be more creative with my framing, as it eliminates the temptation to just zoom in to the most important thing in the picture. By forcing yourself to move around without a lens that can zoom, you’ll explore more of your environment, thus leading to better and more unique positions for your landscapes. 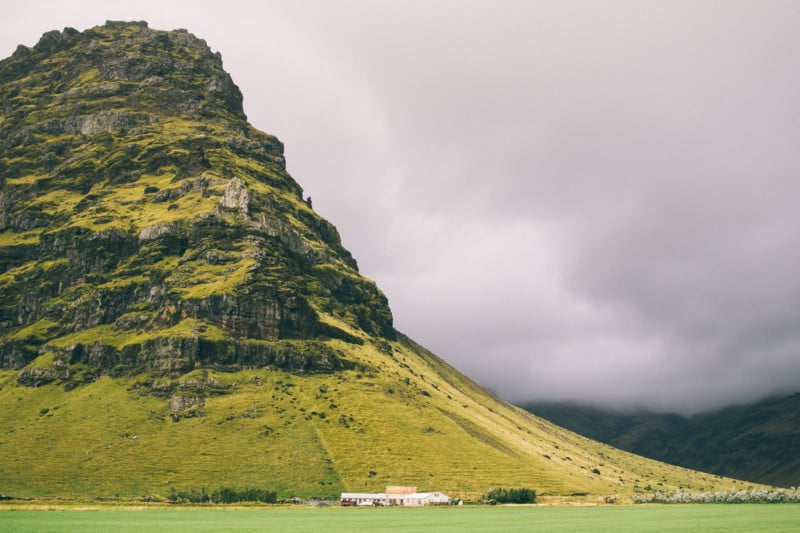 What’s the subject of your shot? Just the landscape or also something within, like waterfalls or a mountain top. I’ve found that it helps to position the subject off-center, which changes a photo from a postcard motif into something more dynamic. I also like to include people in the photos, which provides a nice sense of scale to the nature around them and give the viewer an impression of actually being there themselves. 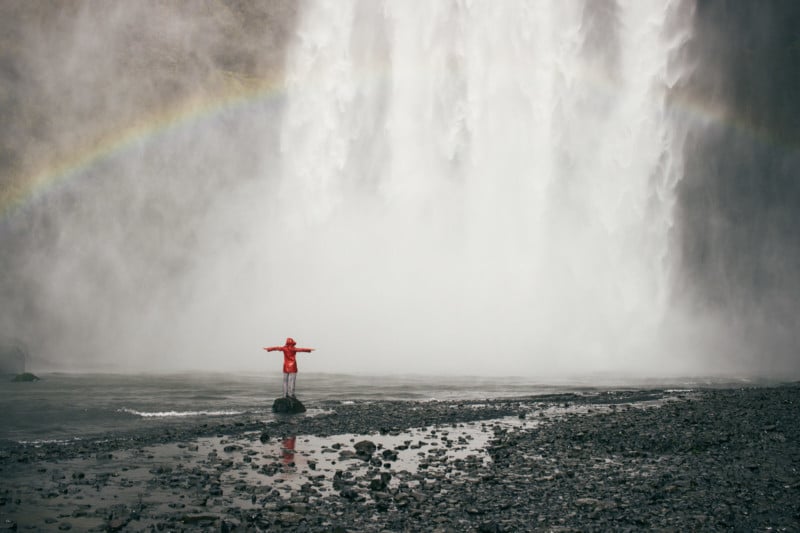 Good landscape photos take patience. If you’re shooting on the street, you’ll know that there’ll always be something going on. A city moves quickly around you and generates new subjects all the time. For a great landscape shot you might have to wait hours for the light to come out right — or to simply spend a lot of time in it. I’m convinced that a great photo results from a love for the outdoors. So go out and immerse yourself in the landscapes you want to shoot! 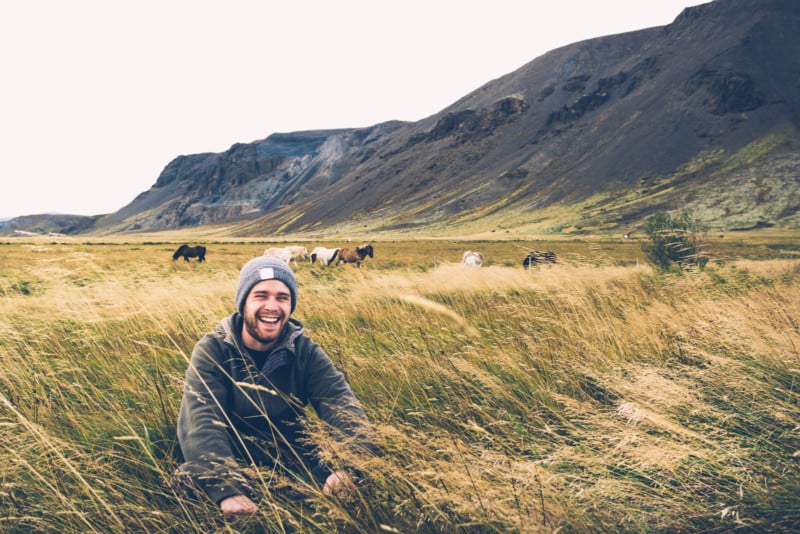 About the author: Jonathon Davison is a photographer based in Berlin, German, and a photo editor at EyeEm, a global photo sharing service for photographers available on iOS and Android. The opinions expressed in this article are solely those of the author. You can find more of Davison’s work on his EyeEm page and on his website. This article was also published here.