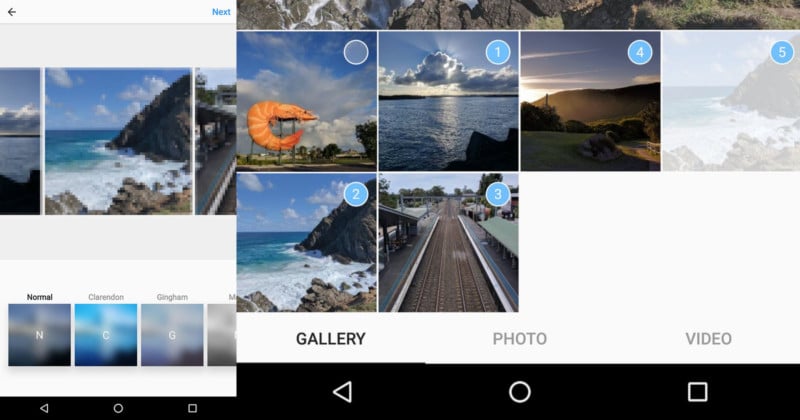 Droid Life reports that Instagram appears to be testing out the feature with a very limited group of users who have version 10.7.0 of the Android app.

The feature was first spotted by Instagram and Android user Philip Chang, who shared screenshots on Twitter:

This feature will be useful for when you want to share a batch of photos with your followers on Instagram, but you don’t want to flood their feed with individual posts. Instead, you’ll be able to upload multiple photos into a single post for your followers to flip through if they’d like to.

In the current version of the feature being tested, photographers can select up to 10 photos from their phone gallery, apply filters to each photo, and then upload the batch of photos as an album to their timeline.

Droid Life says that while photos can be selected and placed into the timeline, Instagram isn’t allowing users to post those albums to timelines yet during this testing phase.

No word yet on if or when this feature will be officially announced and released by Instagram, but we’re guessing it’ll be sooner rather than later.