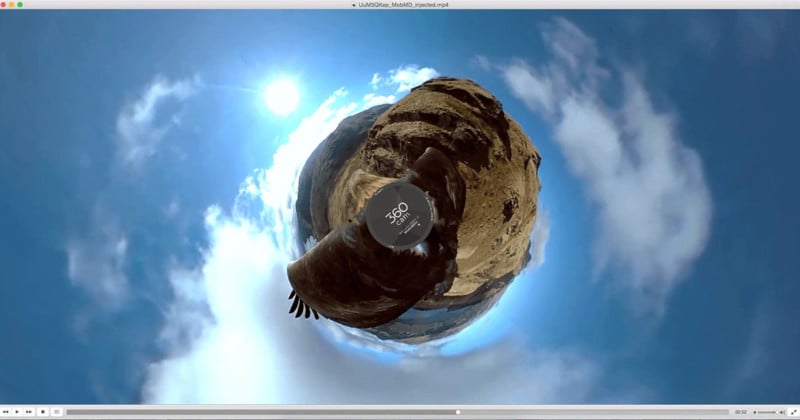 VLC’s free and open source media player is a popular option for people who want a lightweight program that can handle pretty much any video format on any platform. The project just took another big leap in compatibility: it can now play back 360-degree photos and videos.

The company behind VLC, VideoLan, teamed up with 360-degree camera company Giroptic to develop the new features. With the release of this technical preview, “VLC becomes the first major video player app to play 360° videos out of the box,” VideoLan boasts.

Playback ability is currently offered through a download called VLC 360. The features will be merged across all platforms when the final release of VLC 3.0 is launched (likely in the coming weeks).

360 content can be displayed in Zoom, Little Planet, and Reverse Little Planet modes. You can interact with the photos and videos using your mouse or keyboard.

You can download VLC 360 for free for Windows 7 and up and for macOS 10 and up from the VideoLan website, which also has sample 360-degree videos and photos for you to try out.

In the future, VLC’s 360-degree features will also be available on Android, iOS, and Xbox One. VR headset support for devices like Oculus and Vive is also likely to arrive in 2017.

(via VideoLan via Engadget)