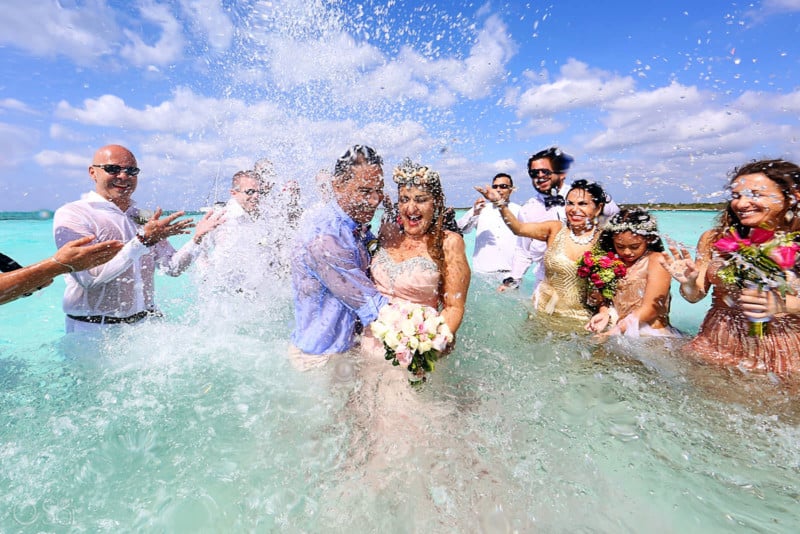 How do you go about shooting a wedding when the ceremony is half underwater? That’s what the photographers at Del Sol Photography were challenged with recently when they worked a wedding out in the middle of the ocean.

When couple Susana and Jovany were planning their wedding, they were told by their wedding planner that they should scrap their idea of getting married in the ocean because it was “much too complicated.”

“I have always loved the water,” Susana says. “I’m a scuba diver and was fortunate enough to grow up with a pool in the backyard and the sea not far away. My happiest days were always in the water.”

When photographer Sol Tamargo heard about the couple’s idea, however, she convinced the couple to turn their dream into reality. 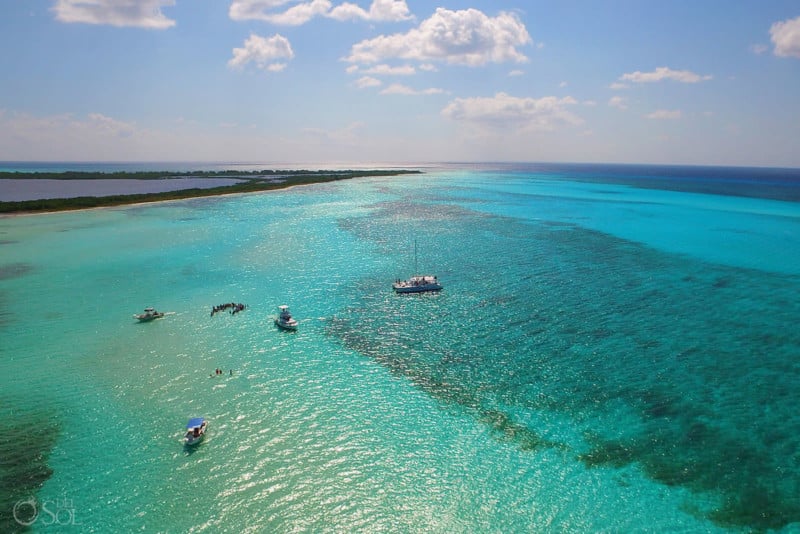 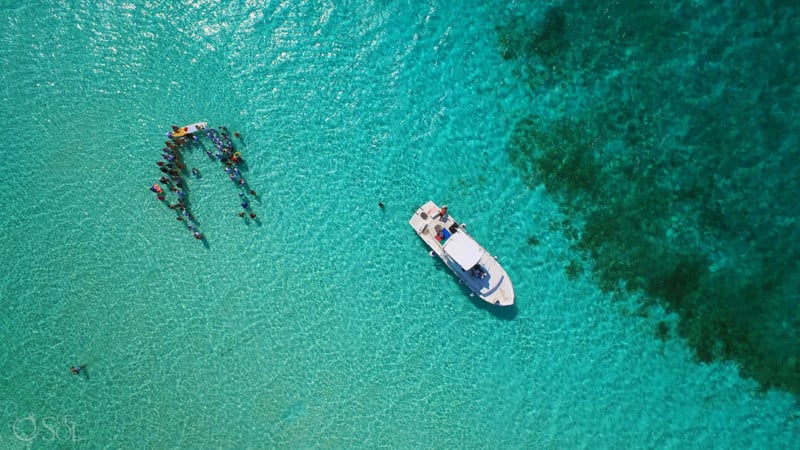 “A wedding in the middle of the ocean is difficult for MANY reasons,” Tamargo says. “I understand why Susanna had been told it was impossible. Moving her 100+ guests to the ceremony location using 2 boats and a catamaran was one challenge.” 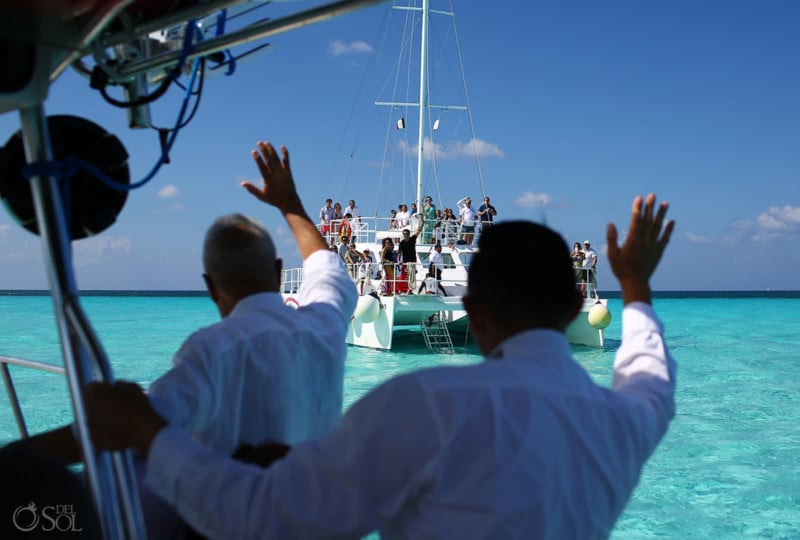 “Managing the camera gear in the water was another! We were flying a drone from a moving boat, I was shooting with 2 large underwater housings, it was technically was very challenging as I couldn’t really see.” 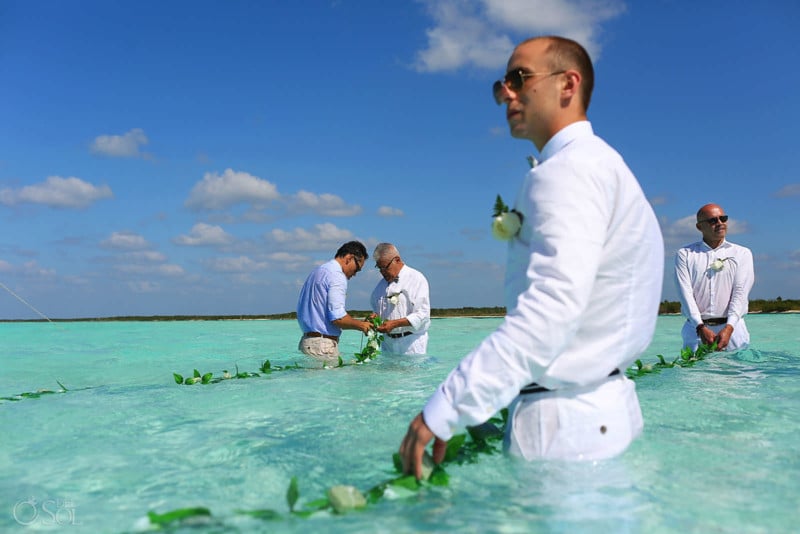 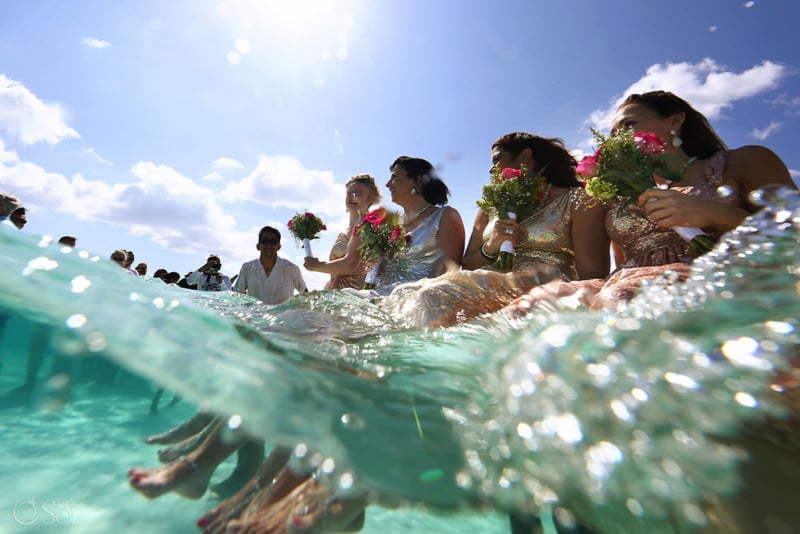 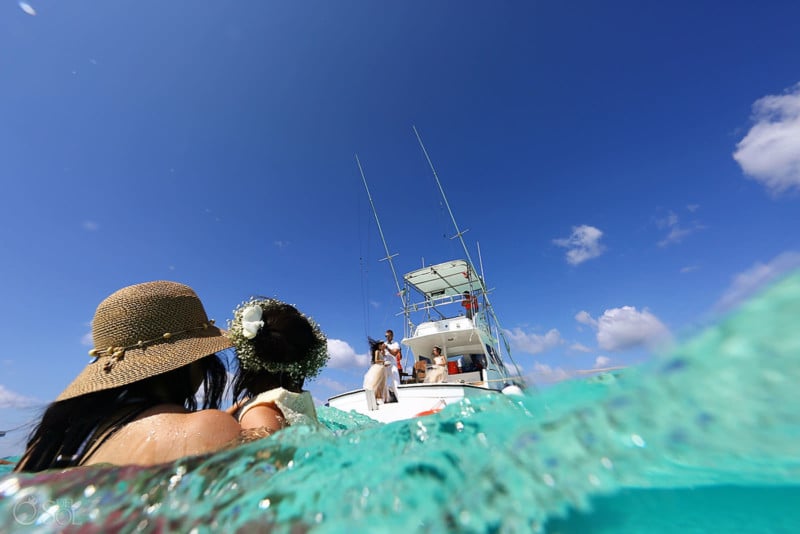 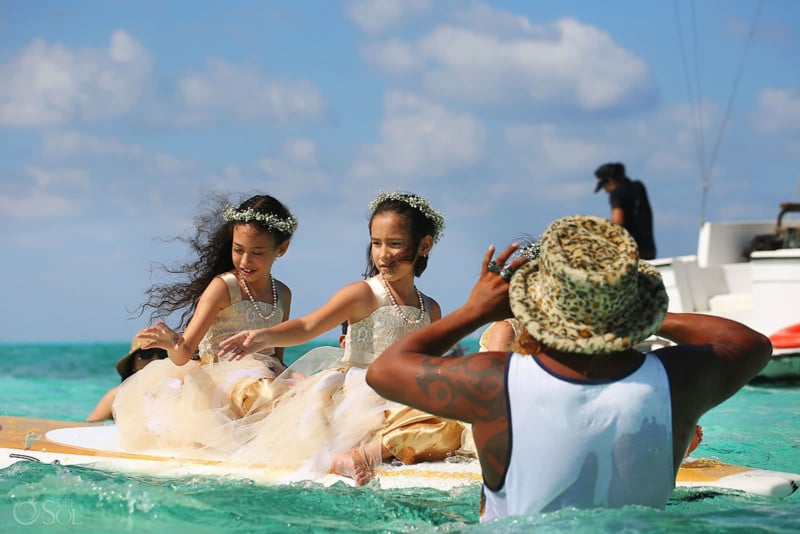 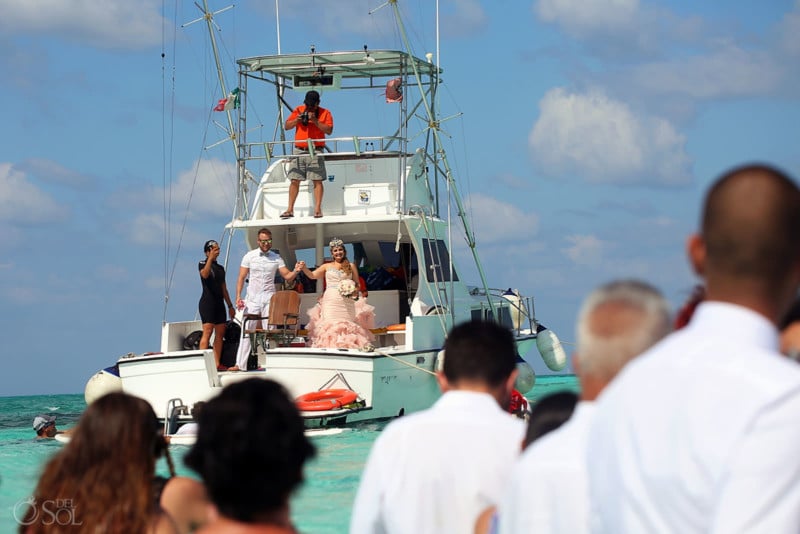 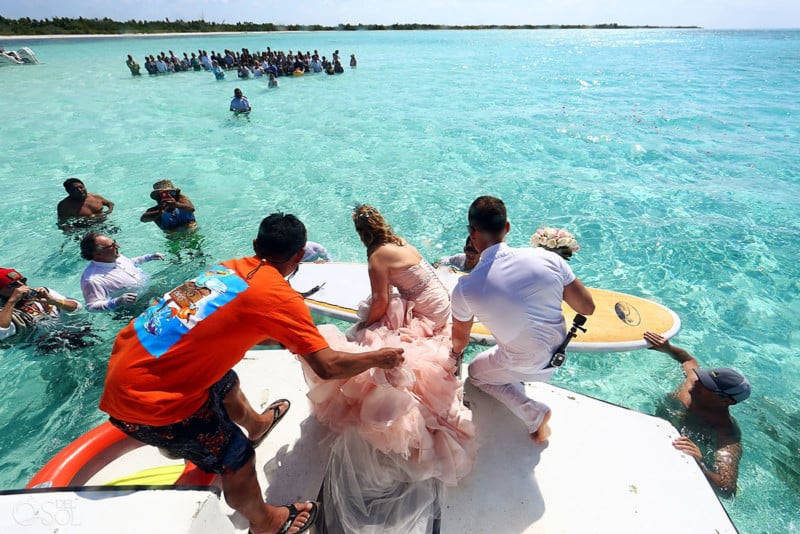 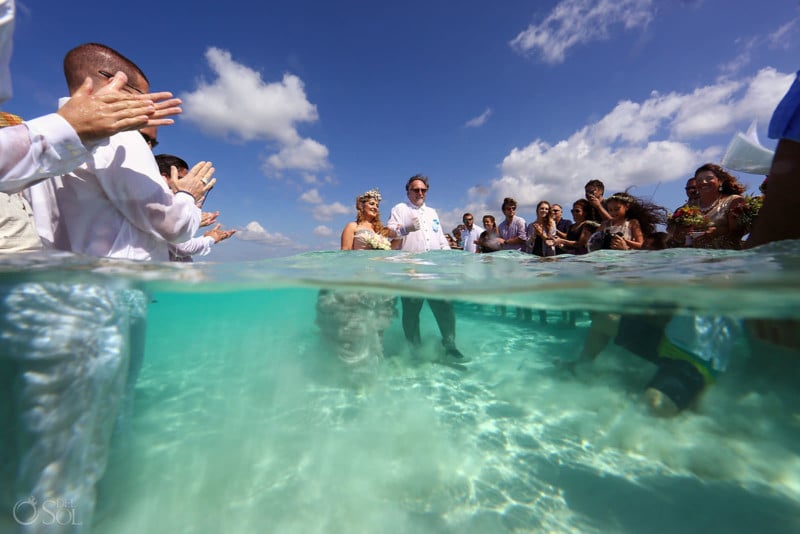 “I was shooting from the boat, then I jumped into the water wearing a snorkel, mask and wetsuit and mermaid cap in the middle of a wedding!,” says Tamargo. “When do you ever get to do something like that?!” 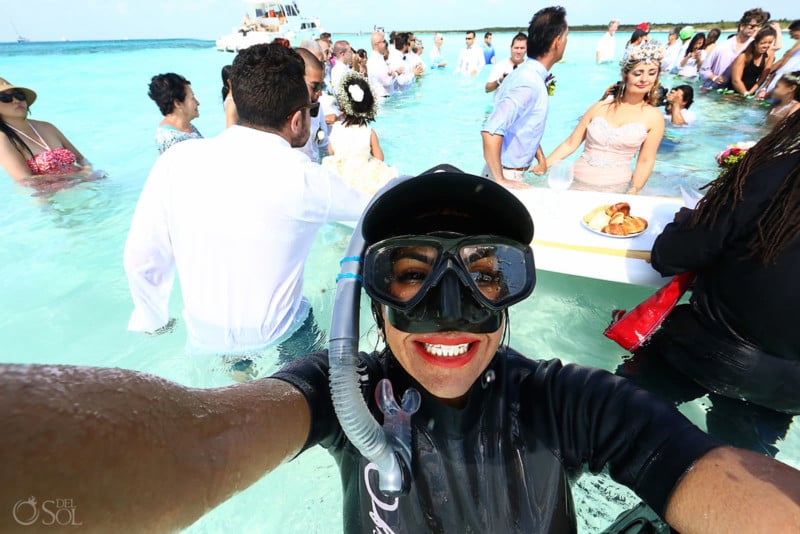 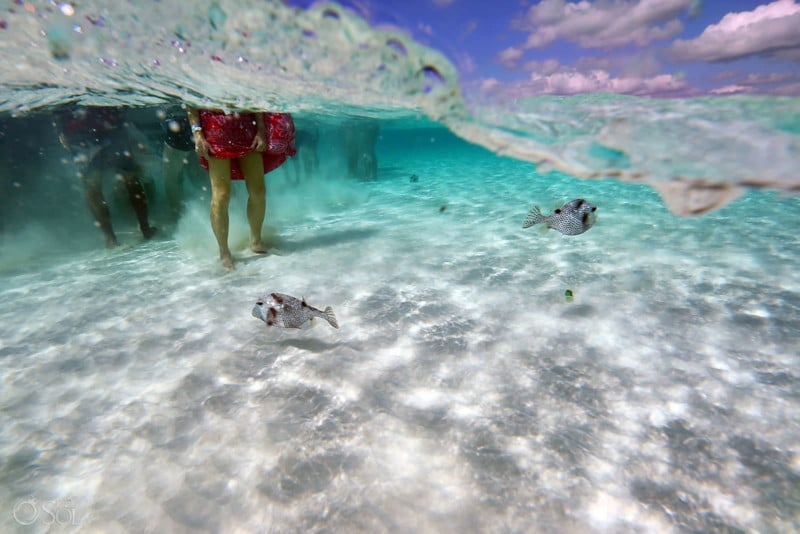 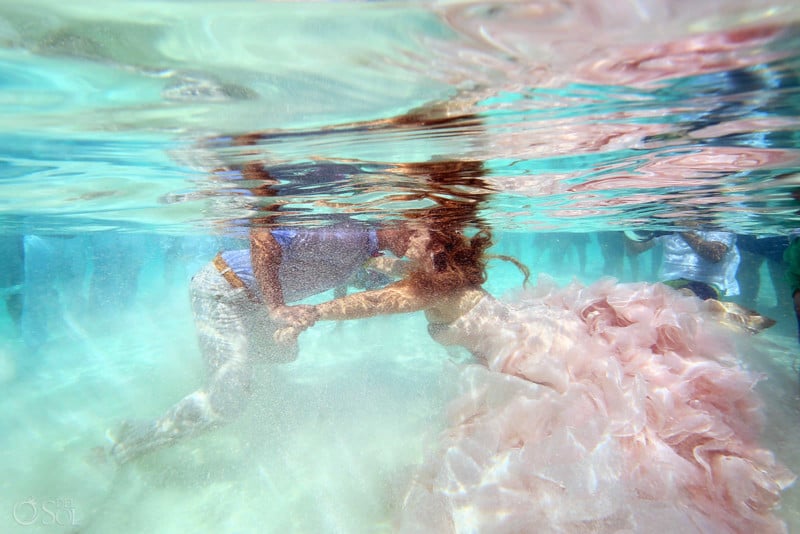 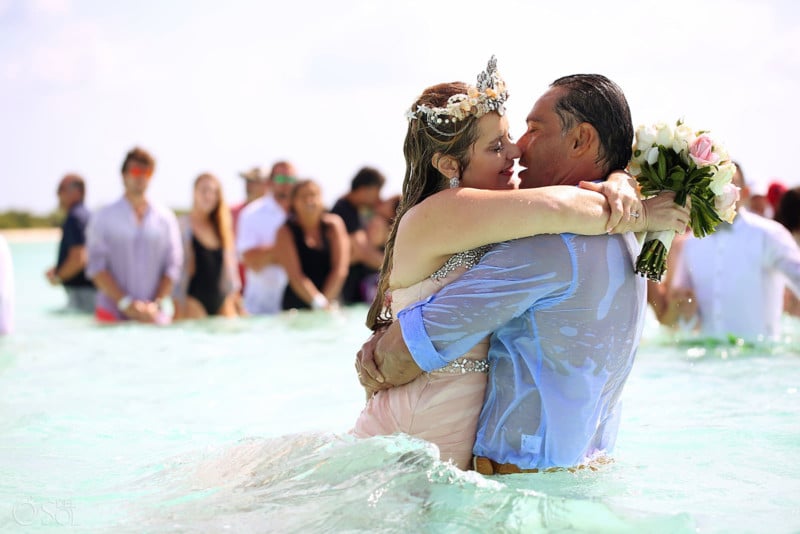 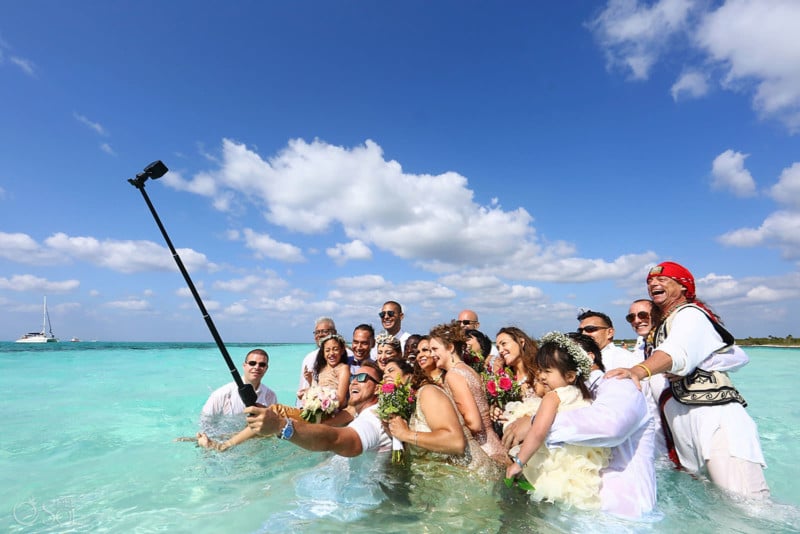 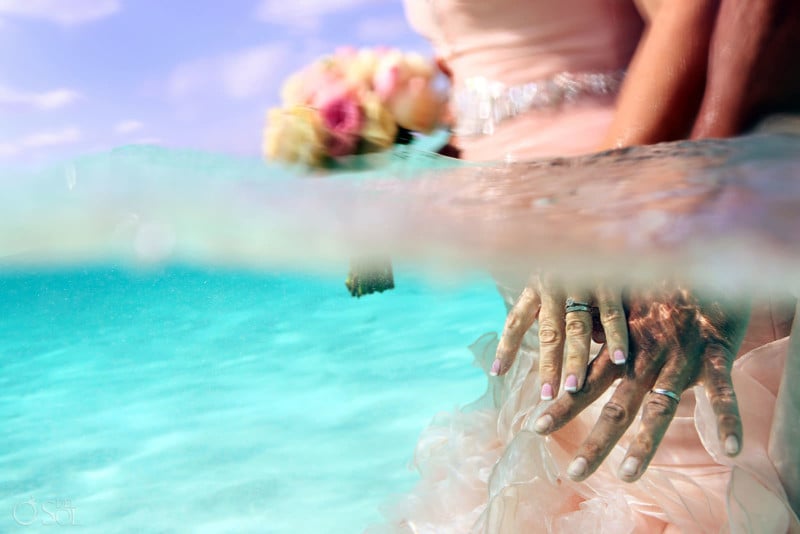 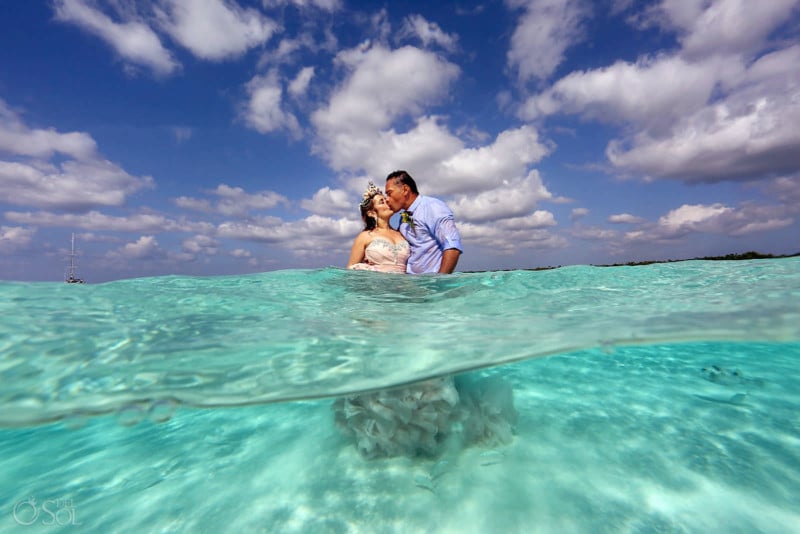 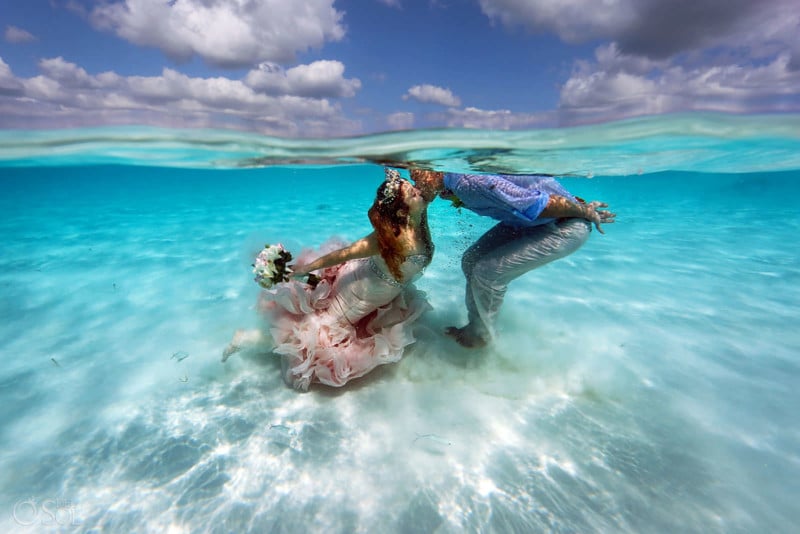 Del Sol Photography used a team of 8 photographers. Tamargo herself shot with two Canon 5D Mark III cameras in underwater housings, but her second photographer used a 5D Mark III without a protective housing. That camera performed well throughout the wedding, but it succumbed to being exposed to the elements afterward.

The team also flew a DJI Inspire X5 camera drone for aerial shots of the ceremony.

“We are photographers, but our real job is creating epic experiences and documenting them,” Del Sol Photography says. “Every wedding is special but we’re excited to meet couples who have a crazy wedding dream.”