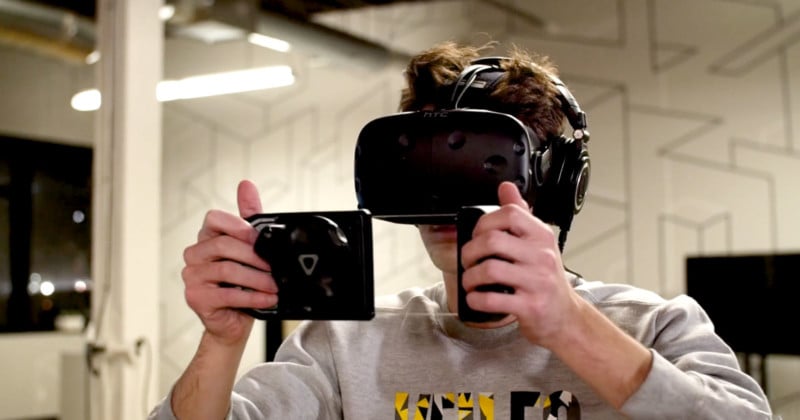 The HTC VIVE virtual reality headset recently added a new accessory called the VIVE Tracker. It’s a small device you can attach to real-world objects to bring them into virtual reality games.

In conjunction with the VIVE Tracker being announced at CES 2017, the design studio dotdotdash announced the D3-U, which it describes as, “an advanced image capture device that features a holographic viewfinder, physical controls at the user’s fingertips, and a lightweight, balanced body beautifully finished in matte black.” 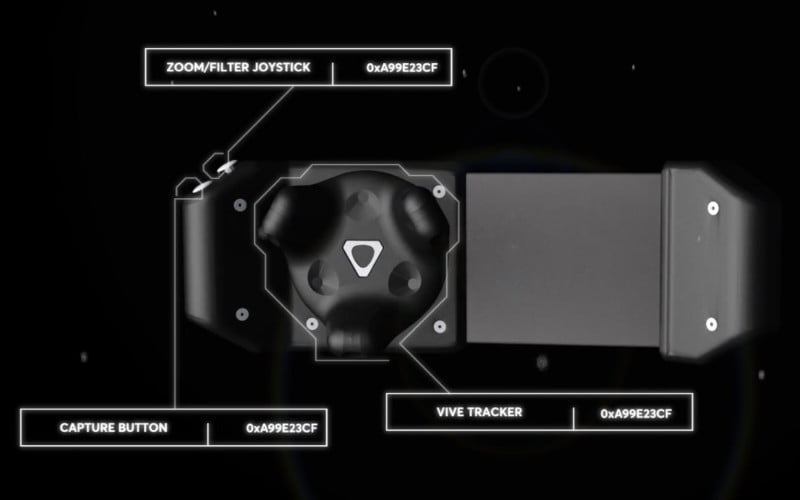 Wearing the VIVE virtual reality headset, users can hold and use their D3-U camera like they would a real-world camera. To show off the D3-U’s capabilities, dotdotdash created a VR experience called Exoplanet. Players are given a photo assignment of shooting a mysterious life form called Arche on the extrasolar planet Kepler 22-b. 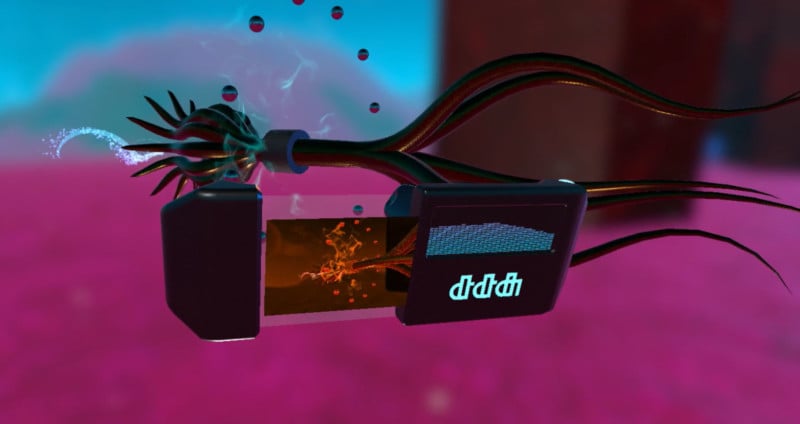 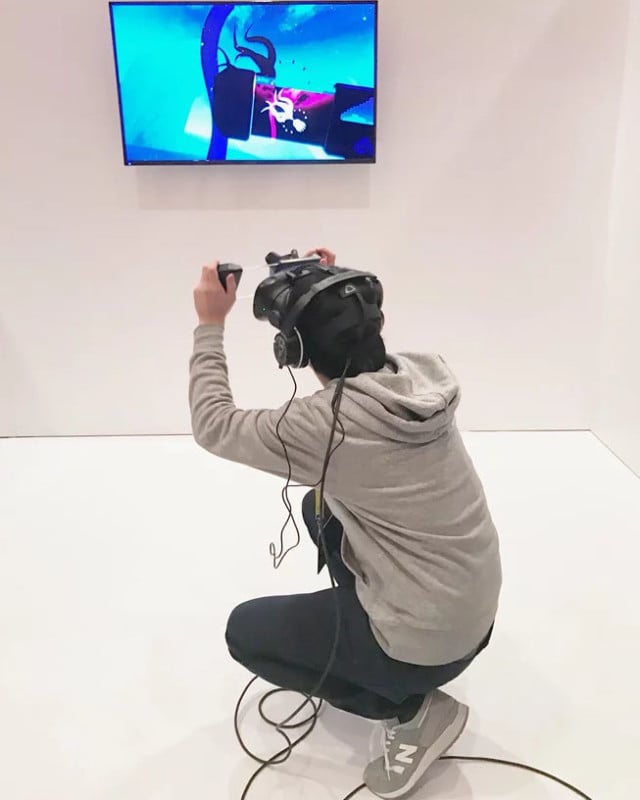 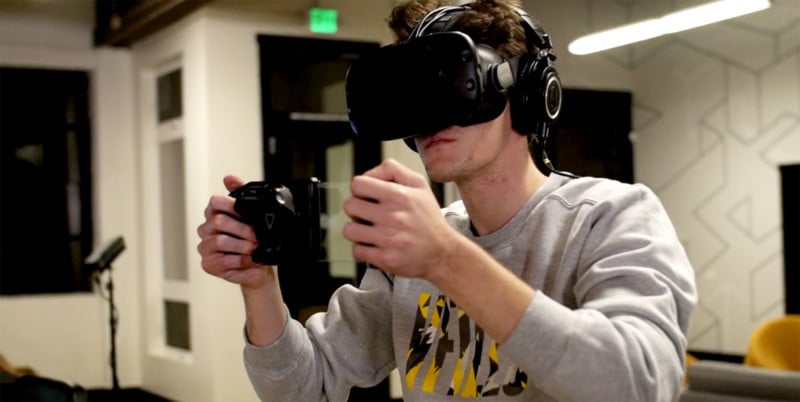 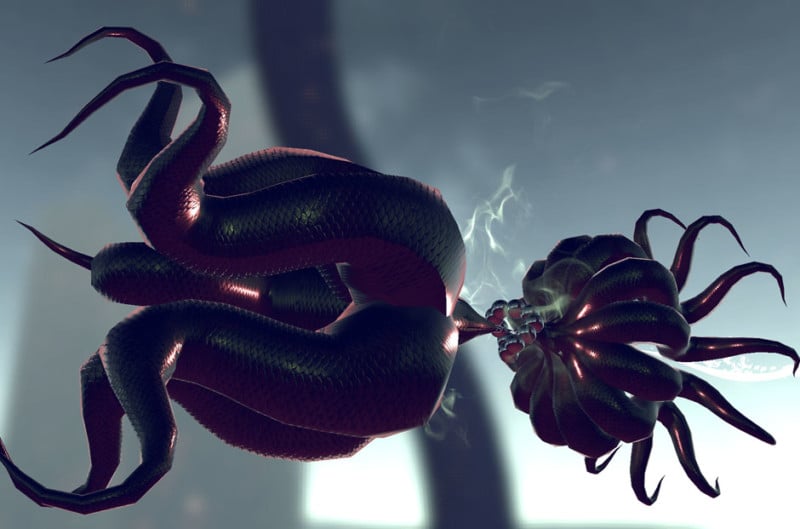 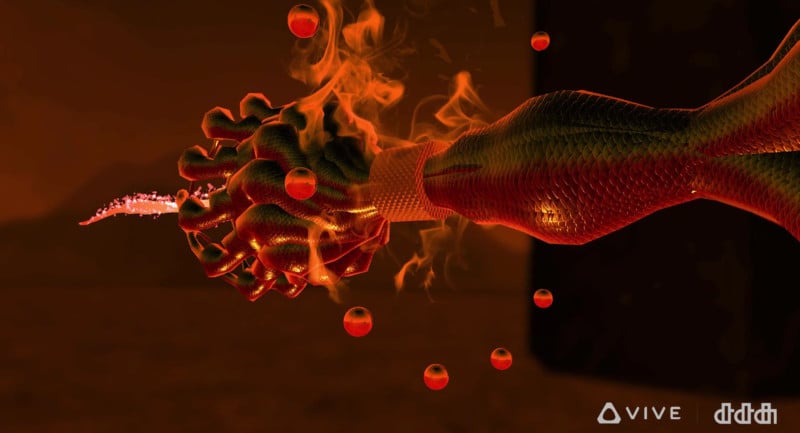 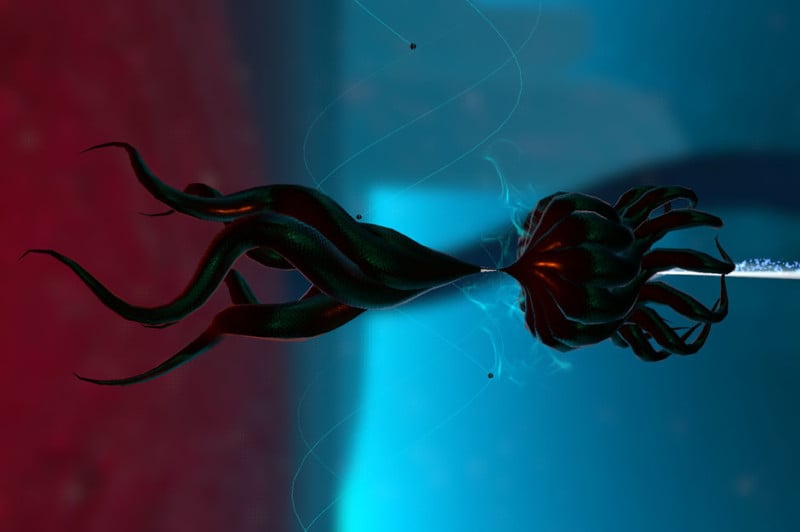 What’s neat is that the virtual photos captured in-game are then printed out as physical prints, allowing the photographer to hold their work (similar to what the game “Firewatch” does). 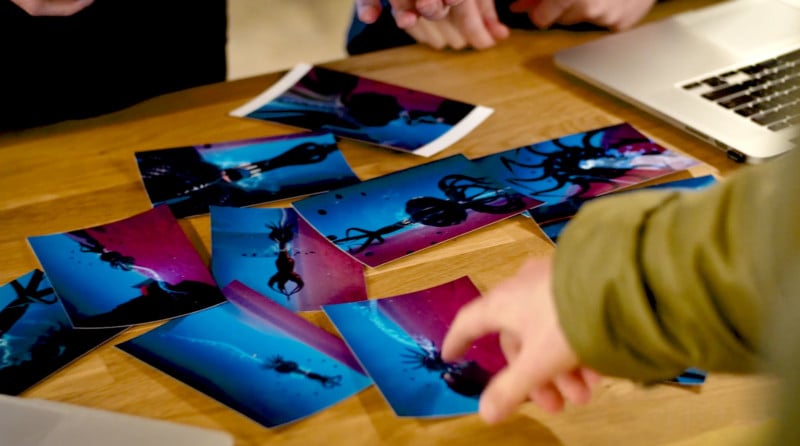 Here’s a short video that introduces the D3-U and shows it in action:

No word yet on whether the D3-U is something that will arrive on the market or how much it would cost, but it’s likely the first of many similar products that will bring photography into the VR space.