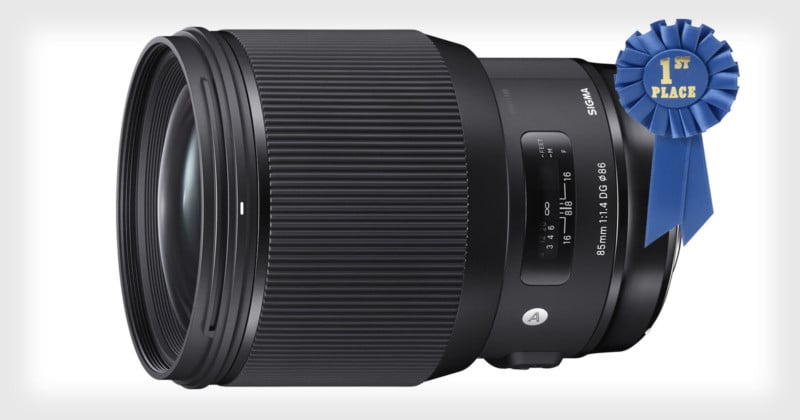 Sigma is still on a roll when it comes to its high-end Art lenses, and the latest accolade is impressive: DxOMark just awarded the new Sigma 85mm f/1.4 Art lens the highest score the benchmarking company has ever given.

The lens beat out a trio of highly regarded Zeiss lenses for the top spot, earning an overall score of 50 while the Zeiss Otus 55mm f/2 received a 48.

While the Sigma 85mm f/1.4 Art is both larger and more expensive ($1,199) than previously released Art lenses, its image quality sets a new bar for an already impressive lineup.

“In short, the new Sigma is one of the best-performing full-frame 85mm lenses we’ve seen,” DxoMark writes. “The Sigma has very high and homogenous sharpness, even wide-open, where high-speed lenses like this usually struggle.”

“While all the full-frame Art series lenses are excellent performers optically, the latest model in the range is also its best,” says DxOMark in its conclusion. “That it outperforms the Zeiss Milvus and outrageously expensive [$3,999] Otus equivalents probably says enough for most people — and that’s even before discussing the merits of autofocus versus manual on high-speed lenses like this.”

We published a review in November 2016 and came up with the same conclusion: it’s a bit pricey and a bit big and heavy, but the Sigma 85mm f/1.4 is a champ when it comes to image quality, sharpness, speed, and build.