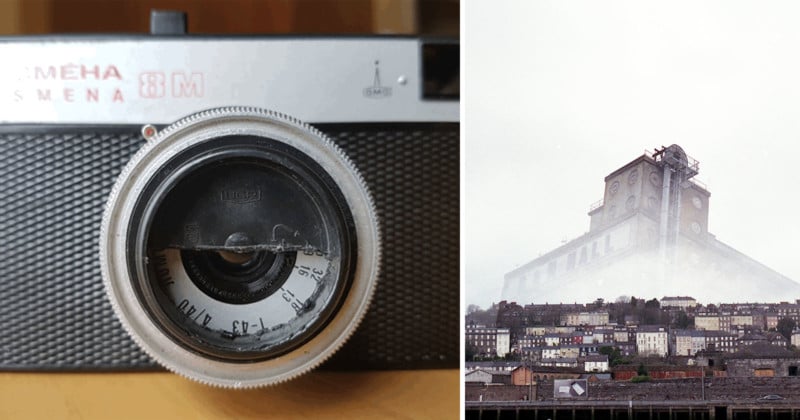 If you have a film or digital camera that can shoot double exposures, there’s a free do-it-yourself accessory you can use to get creative with the technique: it’s the half lens cap.

Photographer Vincent Moschetti of One Year with Film Only writes that he experimented with this technique using his $1 Smena 8M, a 1970s all-manual, scale-focus camera made during the Soviet Union.

The camera allows you to take an unlimited number of exposures on the same frame of film.

“This is possible because the shutter is independent of the film advance,” Moschetti says. “You can recock the shutter as many time as you want without advancing the film.”

To shoot two distinct scenes onto a single frame, Moschetti created a makeshift half lens cap by cutting out half the surface of a black film canister cap.

He found that this film canister cap fits very nicely over the lens of his Smena 8M’s lens — if you have a different camera and lens, you’ll need to find some other cap to hack up for this.

“Now you simply have to cover one-half of your lens (horizontal or vertical), expose your film, turn the splitter to cover the other half, recock the shutter without advancing the film and expose again,” Moschetti writes.

Here are some of his resulting photos from using this accessory and technique: 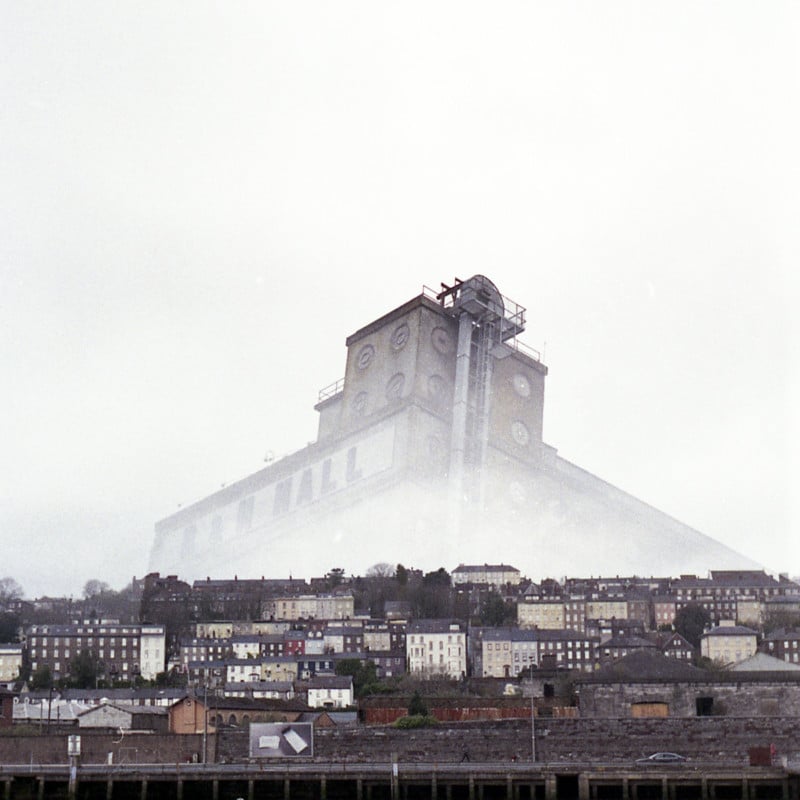 After flipping the lens cap, you can also turn your camera upside for the second shot to create a mirrored look: 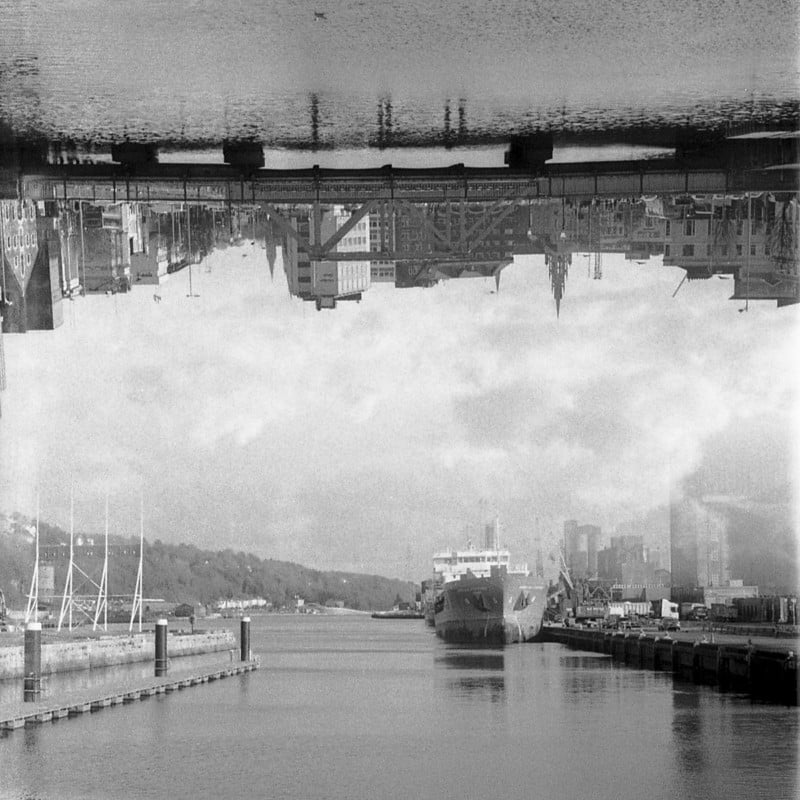 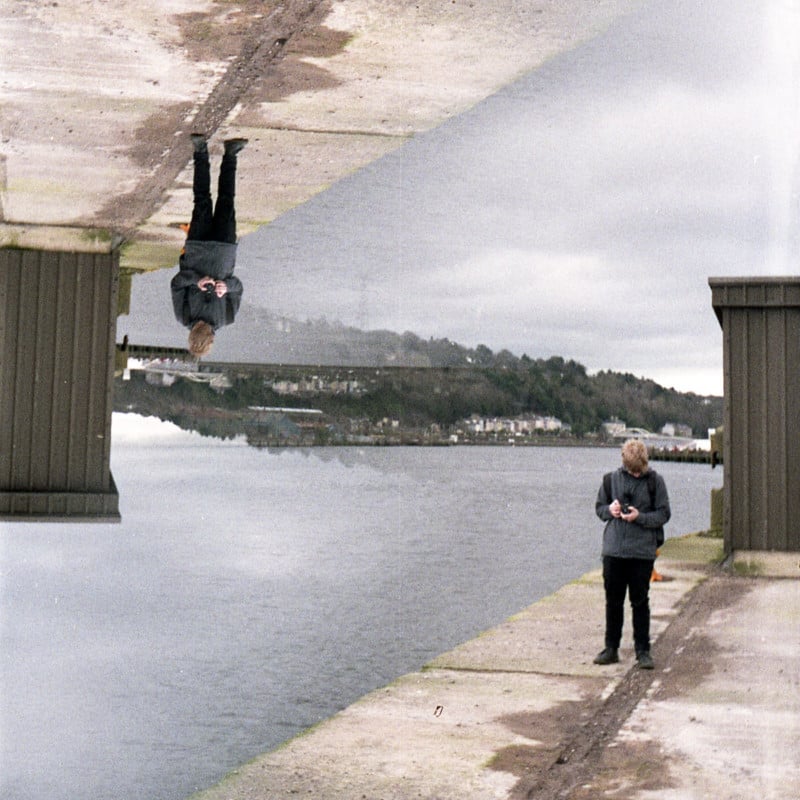 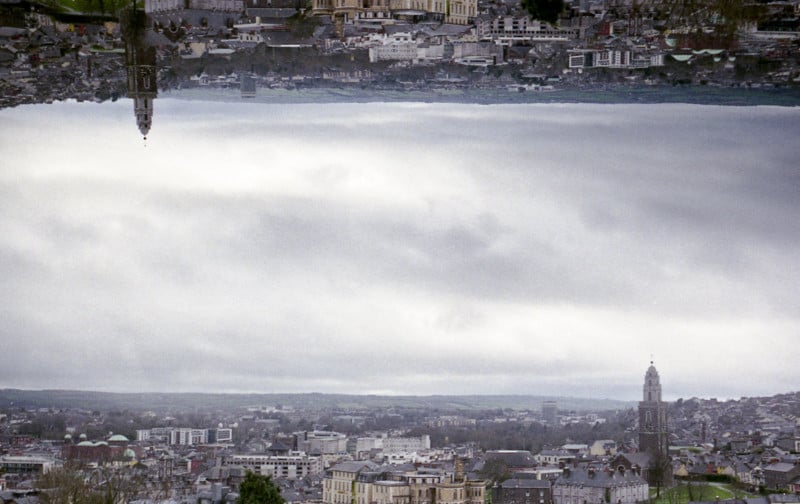 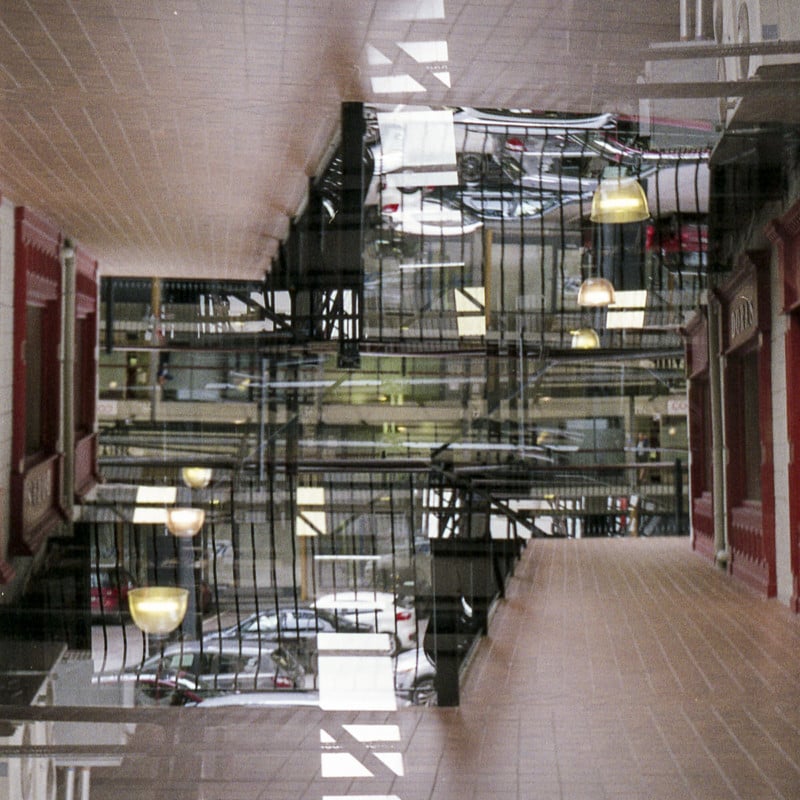 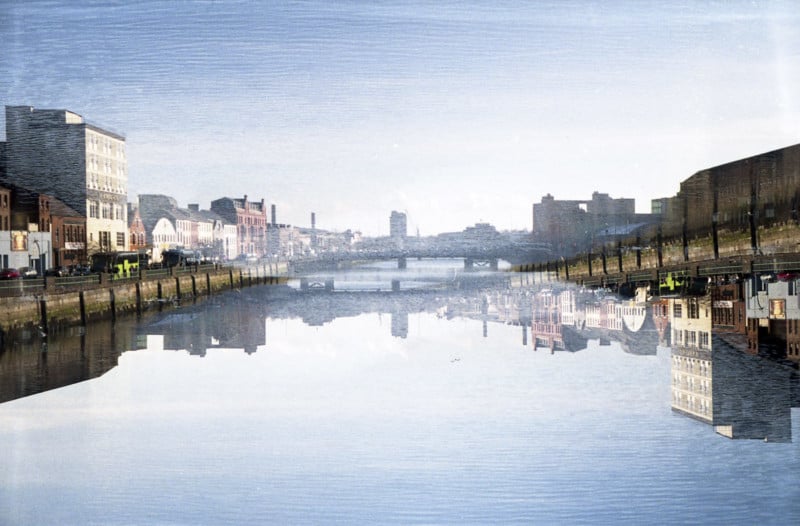 “It takes a bit of practice to visualize a scene this way and imagine how it will merge with the other, but it’s a very good exercise to develop your creativity,” Moschetti says.

Here’s a 4-minute video in which he shares this hack and technique: