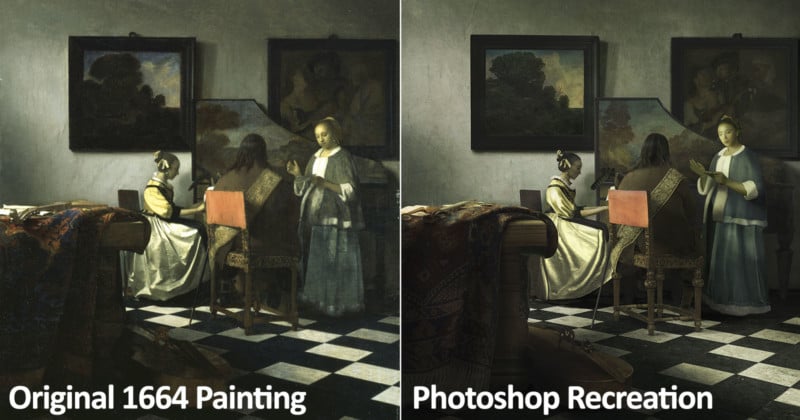 A couple of months ago, photographer and retoucher Erik Almas was approached by Adobe with a challenge: faithfully recreate the 1664 painting “The Concert” by Johannes Vermeer using Photoshop and Adobe Stock photos.

“The Concert” was stolen from the Isabella Stewart Gardner Museum in Boston in 1990, and it remains missing to this day. Valued at over $200 million, the painting is considered to be the most valuable stolen painting that’s still unaccounted for.

Almas was initially against the idea of using stock photos to recreate a painting, since as a photographer he spends his time creating new images from scratch, but then it occurred to him that this challenge would be an “amazing exercise” to attempt. 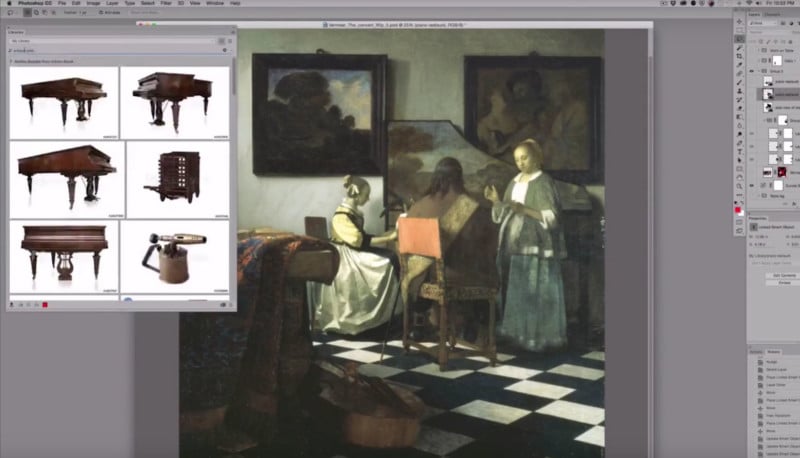 His original estimate for the project was that it would take a week: 3 to 4 days to gather stock images, and 3 to 4 days for the retouching work.

The job ended up taking 3 weeks.

In the end, Almas licensed 240 stock photos and his recreation contains 898 separate layers and countless images masked, reshaped, and tweaked to fit perfectly into the Vermeer recreation.

Here’s a 5.5-minute retouching time-lapse showing how Almas did the job: 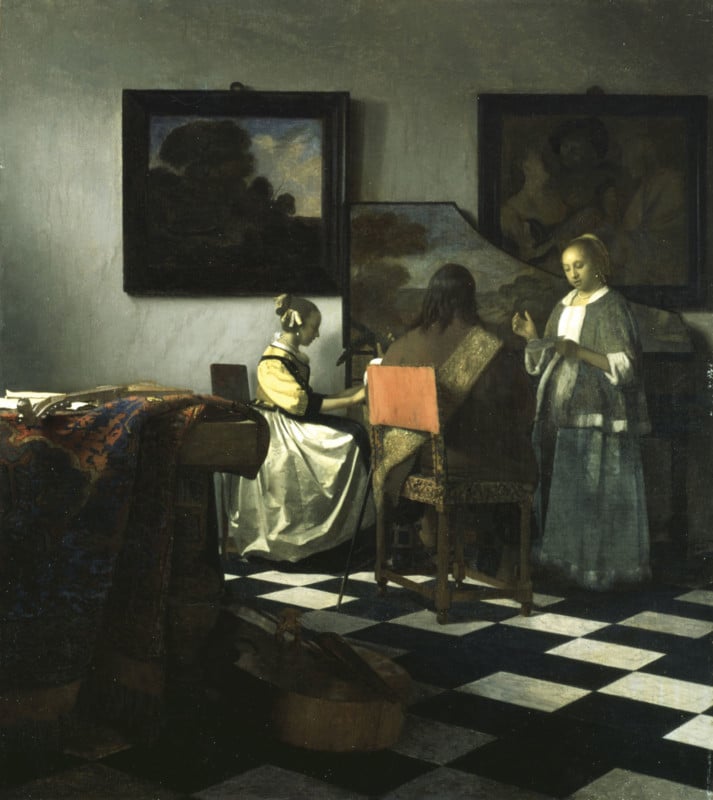 And here is Almas’ recreation made using only Adobe Stock photos: 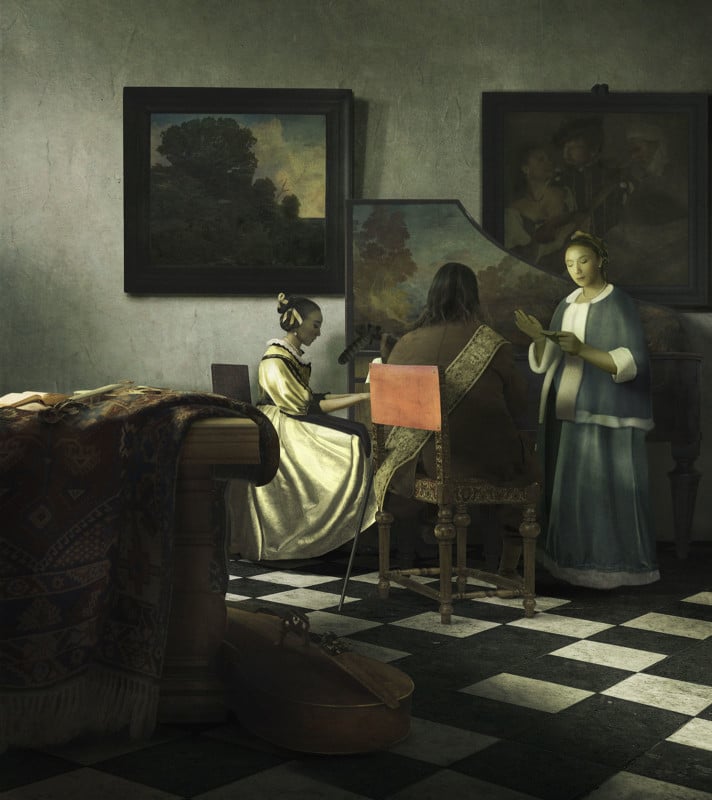 In an interview with Complex, Almas says that the faces were the trickiest part of the project.

“The faces. Without a doubt, it was the faces,” he says. “Chairs are objects that are made a certain way. A cello is a cello. But a face is never the same. It’s impossible to be honest.”

Almas also says he started out trying to find stock photos that major piece of the painting exactly, but that turned out to be pretty much impossible. Instead, he found bits and pieces that matched small portions of the artwork, combining them to create things like the instruments, the bodies, and the clothing.

(via Erik Almas via Fstoppers)

Image credits: Images and video by Erik Almas and used with permission