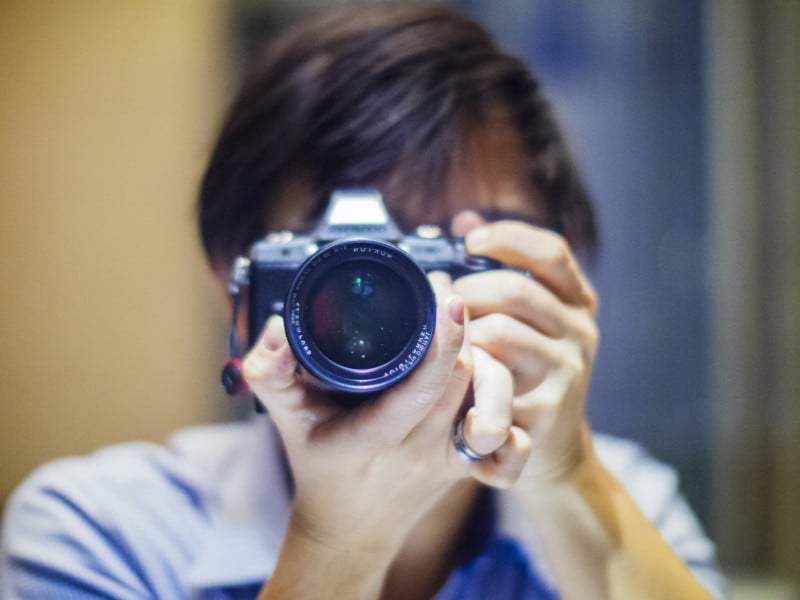 If you’re thinking about moving to Micro Four Thirds or buying the E-M1 Mark II, read this first… it may actually save you money and headaches down the line.

For the past year and a half I have been shooting both the top of the range MFT and A7RII on professional assignments. Sadly, I often ended up frustrated by the poor low-light performance of Olympus’ cameras as well as the lack of 4K, which most of my clients ask from me when I shoot, for example, cinemagraphs.

Therefore, since December 2016, I’ve gone 100% for the Sony and dropped MFT altogether to cut my losses invested in this system as well as my cherished Ambassador status (which in reality meant very little). MFT cameras are useful; for street photography in particular, there’s no denying it. They’re light, compact, and generally they get the job done.

Part of the job anyway.

It’s an old debate, but I have a bit of an edge since I have used both in a professional setting and extensively for a quite a bit now. It’s all about learning, and hopefully I can help others avoid making the same mistakes I did.

I had great hopes for the Micro Four Thirds format, I really did. So much so that initially I sold my Canon DSLR and “downgraded” to MFT. That was pre-OMD. I say “downgraded” as indeed at the time mirrorless cameras were not quite ready.

Yet I could see the potential, or the marketing made me see it anyway.

Then came the OMD system with the E-M5, and that really upped the game. It was then followed by the E-M10, E-M1 and the rest. Last year I shot some photos for Olympus’ print brochure of the E-M10 MKII, I was in Prague for the release of the E-M5 MkII and my last Olympus camera was the Pen-F, which I just sold this week.

I really have used all of them.

As new cameras were released, as much as I was excited and saw plenty of improvements, there were still some major issues that didn’t really get solved for a while, and felt like a simple lack of listening to its users. As an ambassador I’ve never been consulted in over three years, or asked by Olympus “What would you improve, or what are your suggestions as a user?”

I think that’s a big omission from them, after all it’s free market research to ask your biggest and most faithful users. Or you could ask your users on Twitter or Facebook… I don’t know, just freaking ask.

This has been talked about a lot, but if a system is trying to attract the pros, it needs to offer what other pro systems offer. Tired of waiting, this was one of the main reasons I went for the A7RII in July 2015.

When a client asks if you can shoot 4K, you want to say yes. Trust me. It’s a bit embarrassing otherwise.

Sure, some would ask why not go for Panasonic instead, who have been offering 4K for a while now. The reason is simple: other MFT failings, which I’ll get to, mean Panasonic would be no better.

2) The high ISO performance has always sucked and still sucks

It’s easy to keep claiming MFT low light performance is good or improved, but it isn’t once you try a full-frame camera. I can shoot at ISO 3200 or even 6400 on the Sony (it’s not even the A7S) and be more than happy with the results… they’re impressive.

With Olympus, I am seriously reluctant going over ISO 1000 (dare I say even 800) as all the detail is lost.

Alright alright, the EM1 MkII is out soon and apparently it’s got the best AF in the universe. Similar claims were made with all previous models, beginning with the E-M5… I’m bored of waiting.

Try focusing in low light or on anything without a clearly defined contrast and you will be pulling your hair out. I lost my cool recently trying to focus on a simple berry on a branch that was 40cm away, so I won’t even try to explain how many shots I lost in the street from slow focusing.

It says a lot when manual focus is the best option.

I know the Sony costs quite a bit more, and that I’m basically comparing a Ferrari with a Ford Focus here. Obviously, you get what you pay for. But as photographers we all want the truest representation of what we saw when we pressed the shutter.

The Sony A7RII allows that, hence this article and my decision to move on.

5) The dynamic range is far superior on the Sony

If a camera can help reduce the time I spend in Photoshop pulling out shadows and fixing what it didn’t get properly, it’s a winner.

Not only does the Sony capture more details in the shadows without the need to over-expose your highlights, but it also allows you in “worse case scenarios” to pull an incredible amount of details from shadows if really needed from the RAW files and even the JPEGs.

6) The endless choice of compatible lenses for the Sony system

Being able to use Canon, Voigtlander, Leica lenses and many more on it with an adaptor is just perfect. Whilst Sony full-frame lenses are pricier and, yes, pretty big, you can still find great deals online for second hand third party lenses.

I particularly like the Voigtlander Nokton 50mm f/1.5, as it’s tiny.

Okay, I can’t honestly claim this BUT… people do know that camera! I spent one morning in Shoreditch and three people stopped me to talk about the A7RII.

You know why that matters? Not for your popularity it doesn’t matter. But if so many people know about it, I tend to associate this with the good reputation this camera has.

This reason should actually go straight to number one. I have had three main problems with Olympus cameras:

(1) If you know me you’ll know I am the most freakishly careful with my gear. I never scratch a camera. (I have never in my life broken a mobile phone screen. Enough said). And yet, each time I have a new Oly camera, it gets scratched in days. Sometimes I fear if I look at it it may get damaged. And after enough cameras I’ve logically deducted that the paint job is rubbish.

I’ve had my Sony for nearly one and half years: NOT ONE SINGLE SCRATCH.

(2) I also had a sensor issue very early on my E-M5 Mark II. The camera had to be sent out and the sensor was replaced but no explanation was given as to why exactly it did fail.

(3) Finally, on the Pen-F the battery door is made of the cheapest plastic on a super flimsy hinge and falls off quite easily. Not what I expect from a thousand pound camera.

9) Who is the genius who placed the tripod screw on the PEN-F?

Just a last one for the road. Seriously though Olympus??? I challenge anyone to mount the Pen-F on a tripod with the M.Zuiko 12‑40mm f2.8 PRO or most other lenses and not damage them! The screw is wayyyyyy too far at the front of the camera.

What that means is the lenses get damaged by the tripod plate. It’s a perfect example of designers that are too detached and don’t actually use cameras.

I know some of you will be surprised by what may seem like a 180 degree change of mind on Olympus cameras, others who know me well will be less surprised. I’ve owned the A7RII since July 2015 so I’ve had time to write this article and think about it.

Olympus has had it coming. They were not interested in hearing my opinion so here it is anyway.

I’ve been biting my tongue for about two years now, still enjoying Olympus cameras but knowing deep inside that my time using that system was coming to an end. It’s not so much dislike as a realization that I need to move on and choose what’s best for me, for my photography, and for the work I deliver to clients.

If you still doubt what I am saying here, ask yourself this question:

Would a professional photographer move to a new system, lose money reselling camera and lenses, buy a new camera and set of lenses that costs so much more etc… for no valid reason? I own a business. Trust me, I have to make very careful decisions. I sadly have no money to throw out the window!

I now know Olympus specifically, and Micro Four Thirds in general, will just never cut it versus full frame. You only need to use both to understand why.

I actually predict Olympus will possibly pull-out of this format (they’ll deny it of course) which will eventually disappear as full frame and medium format mirrorless cameras will be reduced in size close to MFT. Size is (or was) MFT’s biggest selling point.

I’m more confident now delivering photos to clients and when I actually compare the results it’s an improvement. The camera may not matter, it’s our vision that does, but I want a tool that at the very least doesn’t make it difficult for me and is faithful in the reproducing what I see.

Olympus, if you care, next time listen to your users and people you list as ambassadors—they’ll no doubt help you get it right.

Full Frame or Micro Four Thirds? I’ve made my decision.

About the author: Nicholas “Nico” Goodden is a London-based professional photographer specializing in urban photography, street photography, and attention-grabbing micro video content such as cinemagraphs and timelapse. You can find more of his work on his website or by following him on Instagram. This post was also published here.