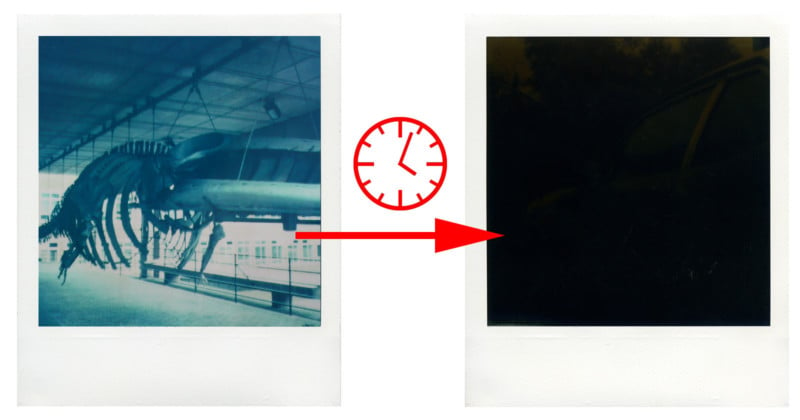 Snapchat is known for popularizing the idea of the self-destructing photo, but did you know that long before Snapchat existed, Polaroid had already offered its own line of self-destructing Polaroid pictures? It was called the Fade to Black line.

After shooting a Polaroid Fade to Black picture, photographers would see the picture get darker and darker over the span of 24 hours before the picture is completely replaced by a black square. Here’s a video showing the process by Balazs Sprenc, who scanned each picture 100 to 120 times over the course of 24 hours:

Pop Photo writes that the film, released as part of the Artistic TZ line for SX-70 cameras, was originally designed for industrial purposes. Employees of a company could photograph sensitive subjects (e.g. products, equipment, documents) without worrying about the photos falling into the wrong hands later. Photographers who purchased the special film could stop the darkening process by cutting and peeling the picture open and drying out the chemicals to stop the process.

So unless we see a new reboot of this type of special analog film, we’ll have to be content with viewing these documented examples and snapping self-destructing Snapchat photos.