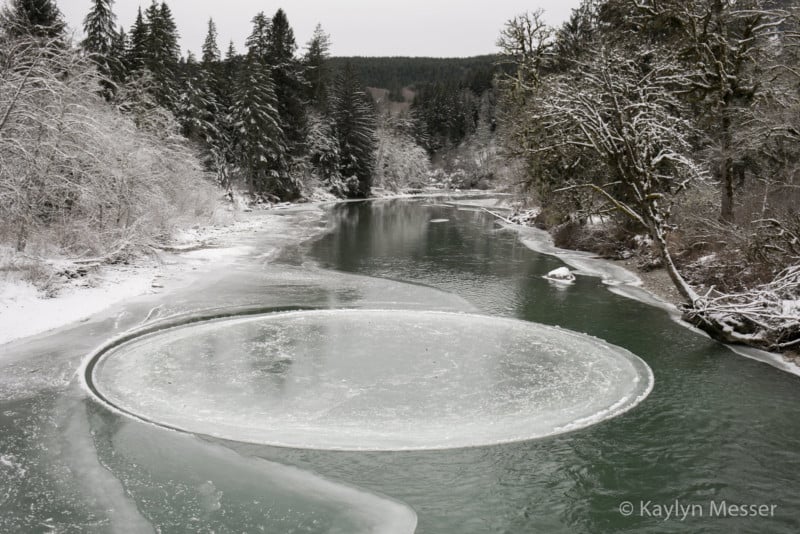 Photographer Kaylyn Messer was browsing Facebook recently when she learned that there was a large ice circle in the river close to her home. She grabbed her camera, jumped into her car, found the circle, and shot a series of beautiful photos.

An ice circle, also known as an ice disc, is a rare and natural phenomenon that’s sometimes seen in cold, slow-moving waters. It’s a thin and circular slab of ice that rotates slowly in the flowing water. 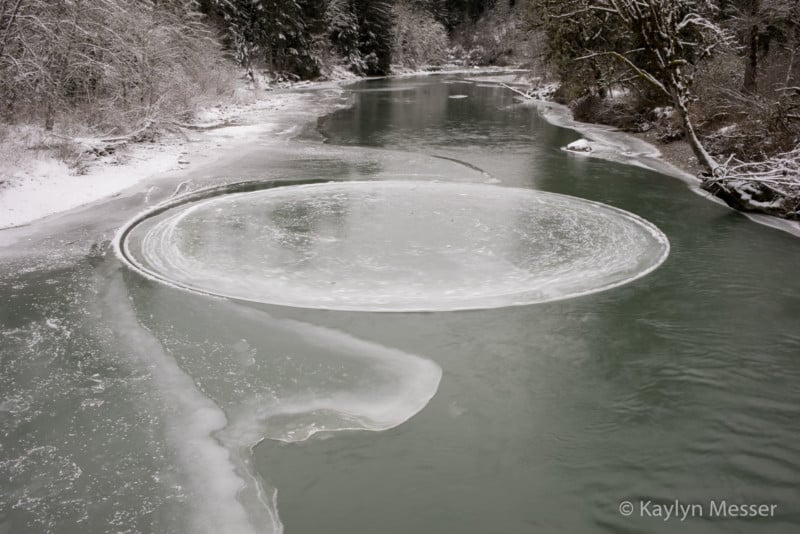 “Ice discs form on the outer bends in a river where the accelerating water creates a force called ‘rotational shear’, which breaks off a chunk of ice and twists it around,” the Wikipedia article says. “As the disc rotates, it grinds against surrounding ice — smoothing into a circle.”

Messer found the ice circle she photographed in the Middle Fork Snoqualmie River.

“I spent the afternoon watching the slow rotations and listening to the murmurs of the ice,” she writes. “A few notches of ice were broken from the nearly perfect circle.” 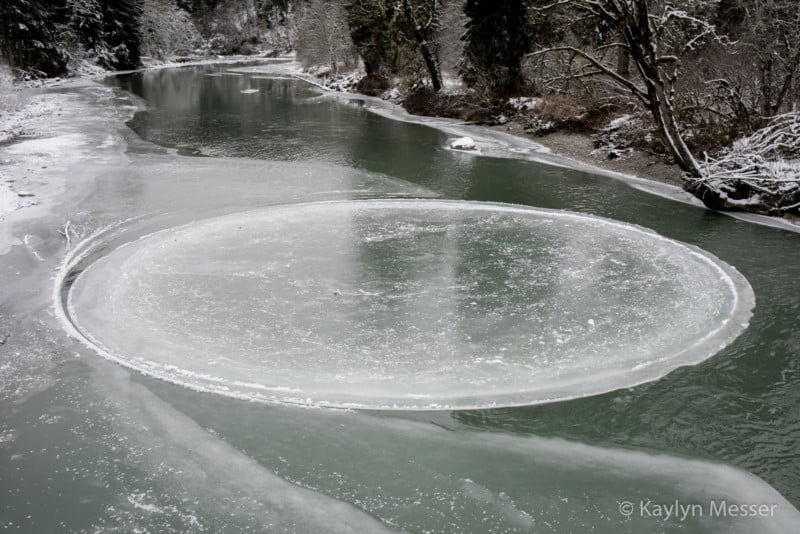 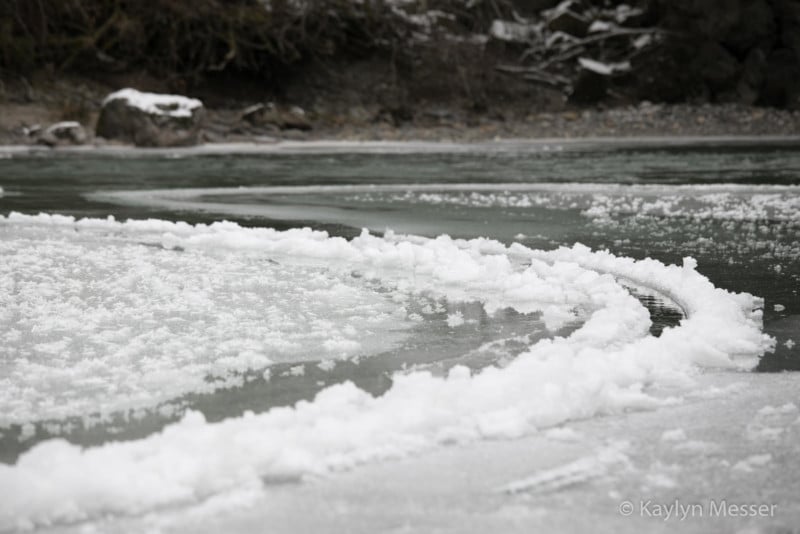 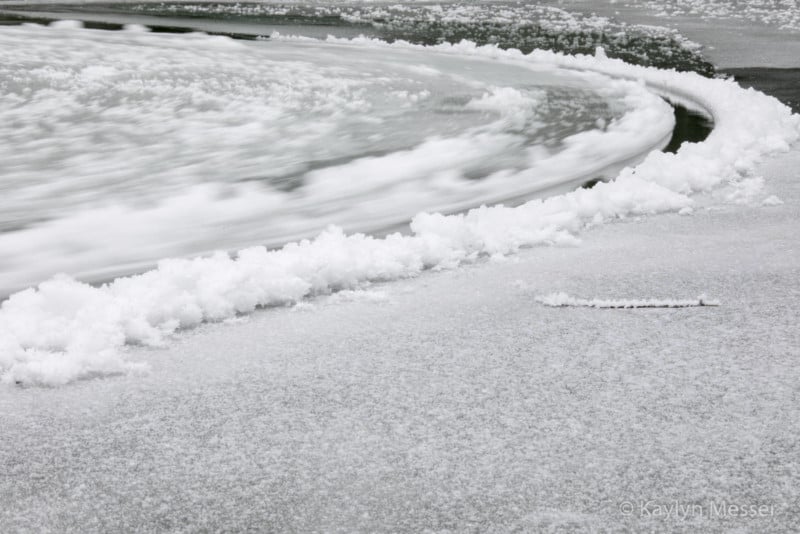 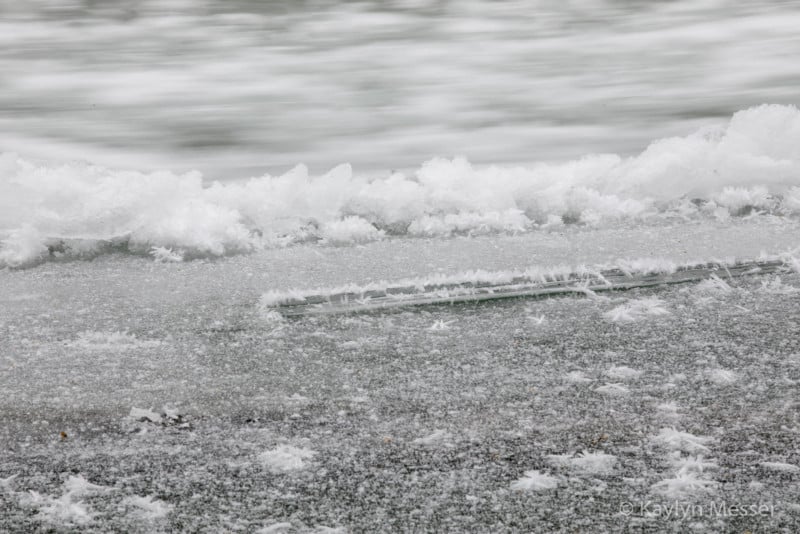