Heaton, whose landscape photography YouTube channel has become very popular, recently took a trip to Hawaii where he (of course) decided to bike out to capture a sunset over the Kilauea volcano lava flow lava. A gorgeous scene, and one he managed to capture two different ways, but not before he had to speak up and ask a gaggle of tourists to stop breaking the rules.

Heaton and his wife were in a cordoned off viewing area—cordoned off because you might fall off a cliff if you go to the other side of the rope—but, of course, several tourists felt it was okay to ignore the signs and go take selfies on the edge, putting their lives in danger while simultaneously ruining everybody else’s view and pictures. 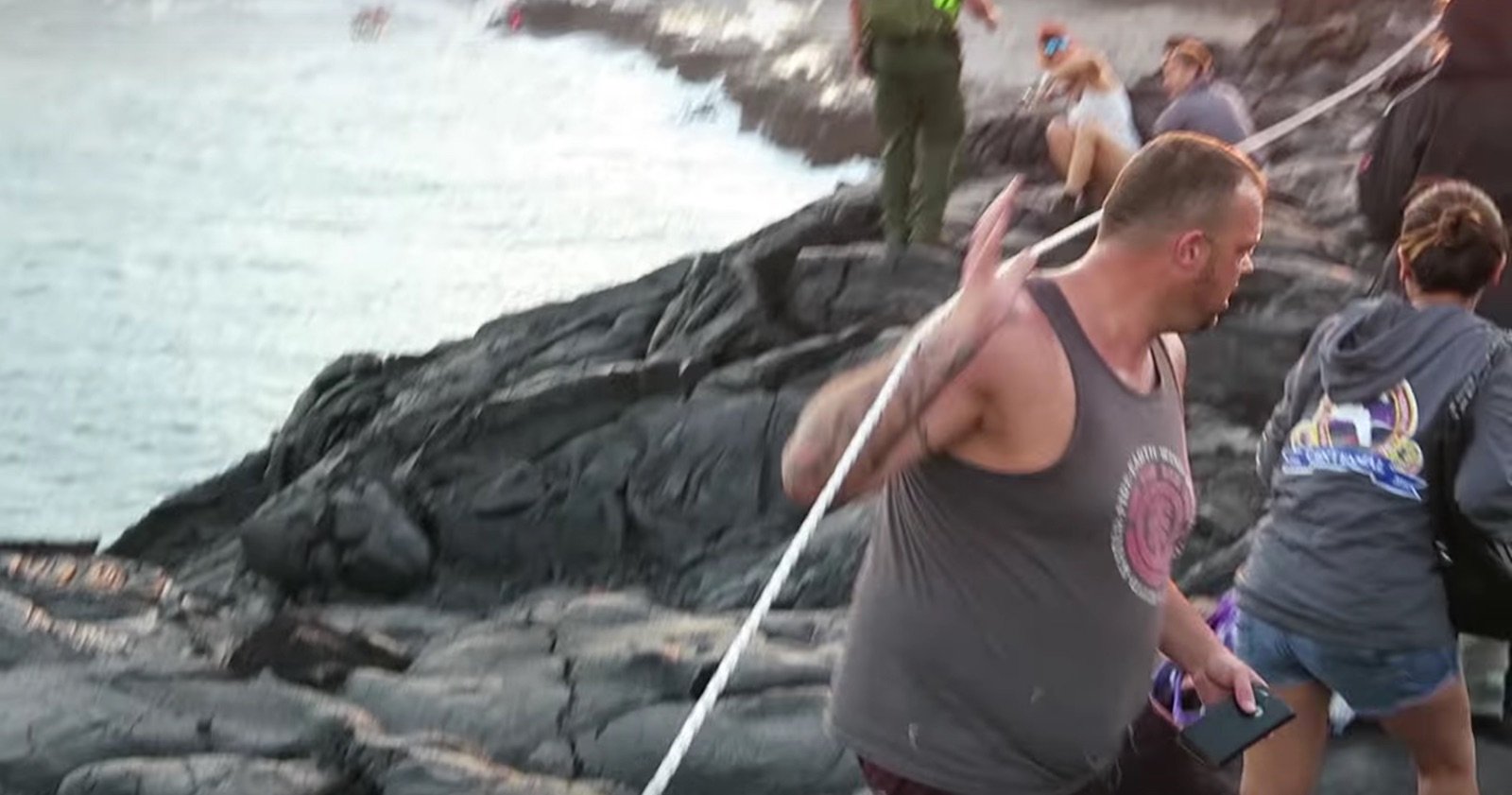 In an angry aside mid-video, Heaton explains his options.

“It looks like I’ve got two choices,” he says, frustrated. “One: take a photograph full of fat heads; or Two: climb over the fence myself, not only endangering my life, but being another utter moron who is in a place where he shouldn’t be. Disrespecting the park, disrespecting the volcano, and disrespecting everyone around.”

Well, actually he had three options. The third was “speak up,” and that’s exactly what he did.

Anybody who has been to a National Park to take photos can relate to Heaton’s frustration, and some might even cheer out loud when he finally breaks down and says something to the inconsiderate people breaking the rules. The fact that he’s able to capture some great shots afterwards seems only right.