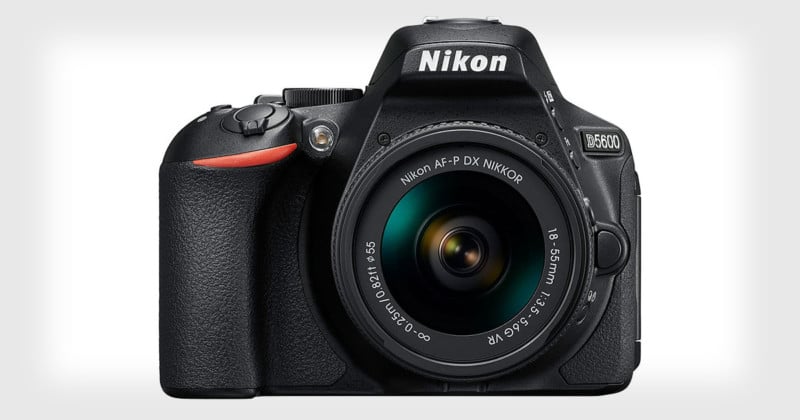 Nikon today announced the D5600, an entry-level DSLR that replaces the D5500, which was Nikon’s first touchscreen DSLR when it was announced in January 2015. One of the big new features in the D5600 is the addition of SnapBridge, which allows the camera to stay constantly connected to a smartphone or tablet using the free SnapBridge app available for iOS and Android. In addition to making the automatic transfer of photos super easy, the app can also upload to Nikon’s photo service (Nikon Image Space), add copyright info and comments to your shots, automatically sync day/time/location using phone data, and remotely capture photos over Wi-Fi. On the back of the D5600 is a 3.2-inch, 1.037-million-dot Vari-angle touchscreen LCD screen that helps you shoot creatively from any angle. In addition to the touch features found in the D5500, the screen on the D5600 lets you scroll through photos in full-frame playback (like on the D5 and D500) and crop during playback zoom. Auto ISO sensitivity can also be toggled using a touch FN function. Other specs and features of the D5600 include a time-lapse mode, 14-bit RAW shooting, a 39-point AF system, a viewfinder with 95% coverage and 0.82x magnification, a pop-up flash, 5fps continuous shooting, and 1080p video recording.

The Nikon D5600 hasn’t officially been announced in the United States yet, and Nikon hasn’t revealed any information about when the DSLR will be available or how much it will cost.

(via Nikon via DPReview)