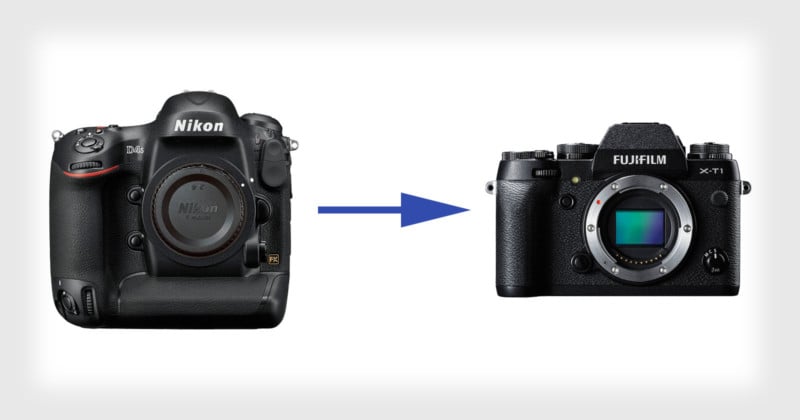 It started with a phone call from the picture editor of one of UK’s best-selling newspapers asking me to catch a flight that evening to Amsterdam to accompany a journalist for a story first thing the next morning.

I was warned to be very discrete, as the story could be very sensitive to some people. It involved a Dutch trawler that was registered in the UK under a flag of convenience that enabled it to use up 25% of the UK fishing quota by just one “industrialized” super trawler. The owners may not have liked the presence of English journalists, hence the need for discretion. 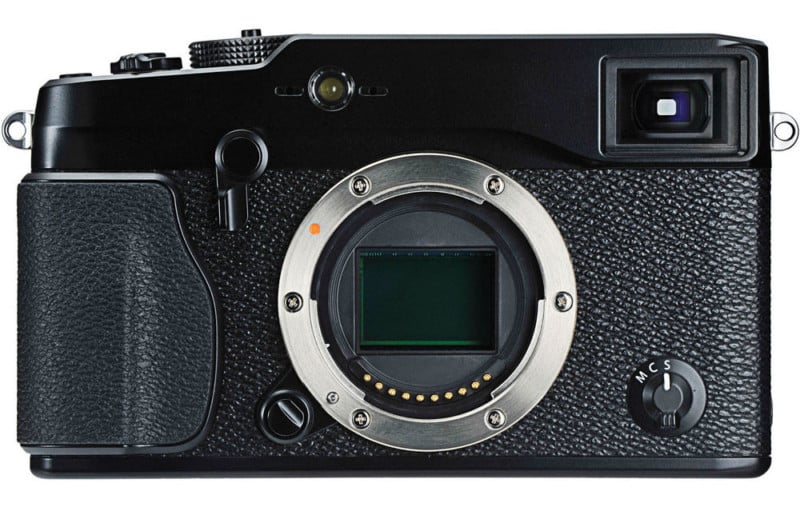 I had recently started using the Fuji X mirrorless system, starting with the X-Pro 1, which I purchased on one of Fuji’s brilliant deals, which came with 2 free lenses, which got me hooked with an X-T1 and more lenses soon following.

This was a momentous decision for me as since the professional adoption of digital in about 1999 I had never left the country with anything less than 2 Nikon DSLRs and at least 3 pro range zooms and a Macbook pro along with flashguns and chargers etc. Even on family holidays all this kit came with me.

Checking in for the flight was a delight with no breaking kit down in overcoat pockets and risking other equipment in the hold. All the cameras and lenses came with me in the overhead baggage lockers.

On arrival at the docks, we found the ship easily and I set about taking photographs with the X-T1 and 18-55 “kit” lens — I really don’t know why it’s referred as a kit lens as it’s a brilliant high quality standalone lens. 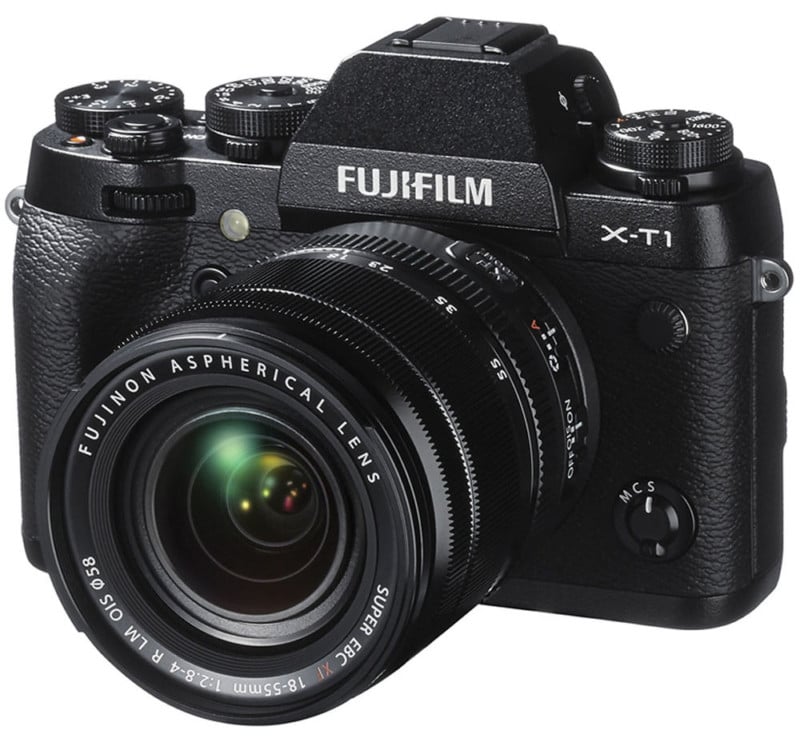 I was lucky with the light but I still couldn’t believe the quality of the pictures I was seeing on the rear LCD screen. I quickly downloaded the pictures to an iPad and was amazed at how good they looked.

The above picture is a straight out of camera JPEG with no enhancement in Photoshop.

I edited the pictures on the iPad using Photogene whilst travelling back to the city in the back of a taxi and sent a few to the office straight from the passenger seat.

A few minutes later, I had a phone call from the picture editor saying “what great pictures” I had shot, but “where did you get them?” When I told her I had taken them about an hour ago, she was staggered and was of the belief they had been given to us from a marketing or communications agency. Such was the quality of the picture it could have come from an annual report cover.

Here’s my work as it appeared in The Daily Mail.

From then on the Fujis went everywhere, including trips to Kuwait, Nicaragua and the military coup in Turkey, all with no advance notice at all. The Fuji kit remains packed in one bag and ready to go at the drop of a hat.

All the kit worked without fault, enabling me to get around lightly and quickly without drawing attention to myself. People don’t feel intimidated by the Fuji cameras the way they do when they look at a DSLR. I’ve photographed politicians during interviews and they don’t notice the almost silent shutter and are much more relaxed.

There were still a few doubts though as to whether I was going to be 100% Fuji for my editorial work. I found myself in the cities of Paris and Brussels unfortunately for the wrong reasons: covering terrorist atrocities. This is a situation in which the Fuji system should come into its own, enabling me to move around quickly. But the problem I had was the very real fear that another atrocity could occur whilst I was there and I would need a long and preferably fast lens to cover a live breaking news story.

The longest lens I could use was the Fuji 50-140mm with the 1.4X converter which would give me the full frame equivalent of almost 300mm f/4. 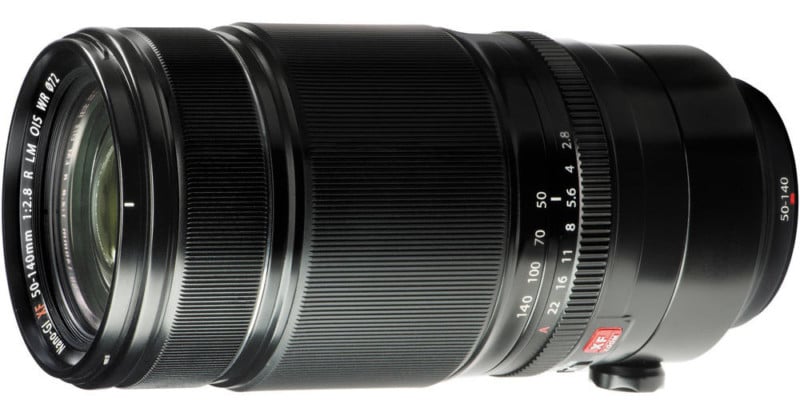 I really needed my 500mm f/4 Nikon and 1.4X converter just for peace of mind. So the 500mm f/4 came with me (along with a full frame DSLR body and a charger). Then you worry, “what about a spare body?” In the end, I just took the whole Nikon outfit. I had chosen to drive to these cities from London rather than fly, so expensive cameras in the aircraft hold wasn’t an issue.

Some time after that trip, along came the Fuji 100-400mm and the first time I picked it up in a trade show, I knew I had to have it. Here was a lens that gave me 600mm f/5.6 performance in a lens not much physically bigger or heavier than an 80-200mm f/2.8. Shooting some test pictures in a fairly gloomy convention hall, I was staggered by the quality of the images taken handheld in not ideal circumstances but the sort of real world everyday situation a photojournalist can find themselves.

The image stabilization is second to none and I was able to take good quality photographs that any photography book or course will tell you isn’t possible at the sort of shutter speeds I was using — a 30th sec or longer. You are more concerned with movement of the subject rather than camera shake. This lens throws away the rule books.

I was so impressed I pre-ordered one on the spot before they even had an availability date.

Another piece of the photographic puzzle had been put into place for me.

During this past year something else happened, I started going out to shoot personal pictures purely for my own pleasure — something I hadn’t done for quite some time. I even started experimenting with black-and-white and long-exposures. The enjoyment I was having might never have happened lugging a DSLR and lenses around.

There was still one very important piece of the jigsaw missing for me: the absence of a professional grade flash for use on the hot shoe. I’m not a fan of on-camera flash, believing that should be used for court defendants, disgraced politicians, late night car crashes and general press scrums. I was mainly using available light or Elinchrom Ranger studio lights or perhaps the small Nissin I40, which whilst very compact lacks the power and fast recycling of a pro flashgun with an external battery pack such as a Quantum Turbo.

This meant the Nikon DSLRs were still needed if I thought I would need flash on a news job. Then Fujifilm started shipping the EF-X500 flashgun which had been announced months before. It had been delayed by months but they obviously wanted to get it perfect as a premium product. 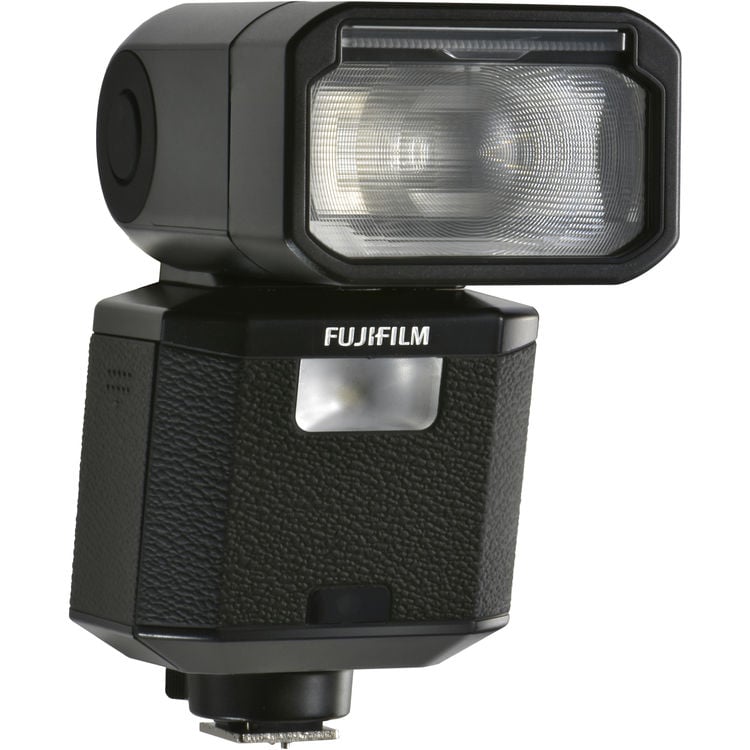 I’m pleased to say the wait was worthwhile and it works straight out of the box, performing flawlessly. I managed to mislay the manual in the box but that was no hindrance to having it working without drama, including high-speed sync to 8000th of a second without special triggers or setup. This was the first time I’ve ever used high-speed sync, and it’s just perfect for fill flash with those fast prime lenses used at wide apertures. 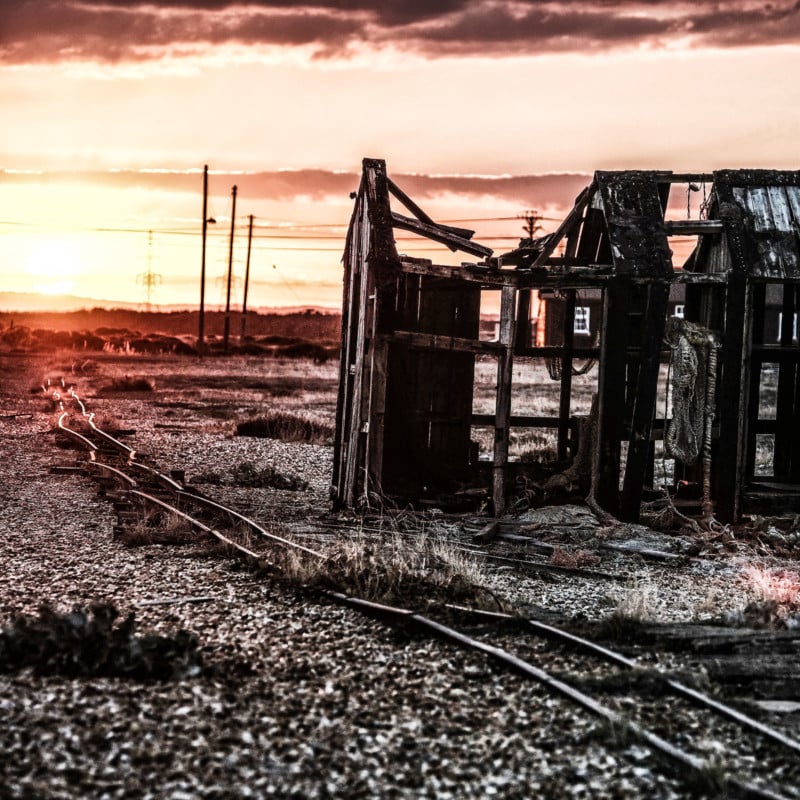 The future is looking very bright for the Fujifilm system, especially with the company’s frequent firmware upgrades under their Kaizen philosophy, which literally means “change good”. When new firmware is released, it’s like getting a new updated camera model. It seems that for some manufactures, when they develop new firmware, they just release a new camera with an “S” in the name or a different model number. I love opening those new boxes with the fancy packing reminiscent of Apple products, but getting a “new” camera through a 5-minute upgrade performed at home is much better still.

Development of the Fujifilm cameras, and indeed all mirrorless systems, will continue at an increasing pace. The cameras have improved in design rapidly for such a young technology compared with traditional DSLRs. If you take the lens off a 1960 Nikon F and a brand new D5 and peer inside, there’s a lot that hasn’t changed. There’s better engineering and exotic metals, but there’s still that great big mirror flapping noisily up and down.

The camera chips and imaging processors will improve with vastly improved focusing and ISO range. I don’t believe we need more mega pixels in the X series especially with the 51MP “medium format” GFX 50S due for delivery in early 2017. Global electronic shutters are in development, which will do away with “rolling shutter” effects, especially with moving subjects. Flash sync should be available at any shutter speed with even low power flash. 32000s wide open in bright sunshine with full lighting control, anybody? This is why the GFX lenses have no leaf shutters — they are about to become obsolete.

A wish list for the future? I’m reliably informed there are advanced plans for a “pro” backup service for fast repairs and loan equipment for professional users. They already have a range of professional dealers who are not only knowledgeable but enthusiastic about the X system.

A fast telephoto such as a 200mm f/2 or a 300mm f/2.8 would be very useful, especially with the new sensors in the future. Another necessity is the ability to send pics direct to an FTP server via Wi-Fi for both the newspaper wire services and the corporate event and conference photography, which I’m involved in.

The arrival of the EF-X500 flash was the final piece in the puzzle that enabled me to rely on my Fuji system for all my editorial needs. A remarkable journey in a relatively short period of time, considering I’ve been shooting digital professionally for 18 years now.

About the author: Steve Burton is a London-based professional photographer who specializes in photojournalism and event photography. The opinions expressed in this article are solely those of the author. You can find more of his work on his website, Facebook, and Twitter. This article was also published here.