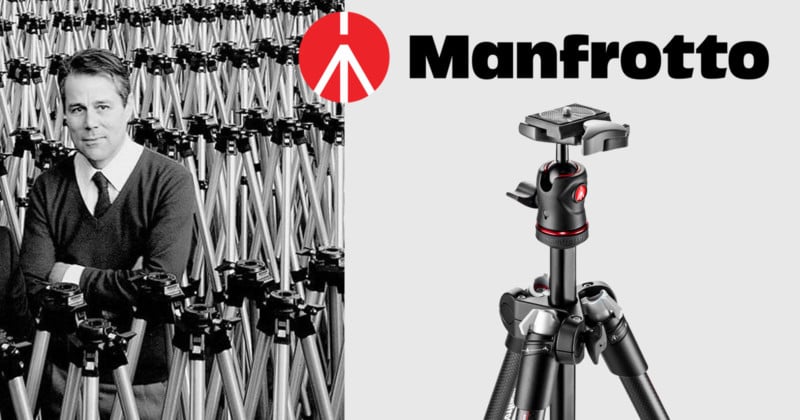 Lino Manfrotto, the photojournalist who founded the eponymous Manfrotto line of tripods and camera accessories, died at his home in Bassano del Grappa, Italy, on Sunday, February 5th, 2017. He was 80.

Manfrotto started his career in photography as a photojournalist for a couple of local newspapers in his hometown. In the late 1960s, Manfrotto began designing his own stands, booms, an telescopic rods in his garage. After partnering with mechanical engineer Gilberto Battocchio, Manfrotto launched his first tripod in 1974.

After seeing his business boom and his products distributed to photographers in countries all over the world, Manfrotto sold his company to the British multinational company Vitec Group. In addition to Manfrotto, Vitec currently owns brands such as Gitzo and Lastolite.

Still based in Northern Italy with a international distribution network consisting of in-house companies and independent distributors, Manfrotto continues to be a dominant brand across a wide range of photo, film, theater, live entertainment, and video products.

Il Sole 24 ORE reports that Manfrotto now has two manufacturing plants and 9 branches around the world, 735 employees, double digit annual growth, a 95% export rate, and a 7% share in the global camera bag market, and a 30% share of the global tripod market.