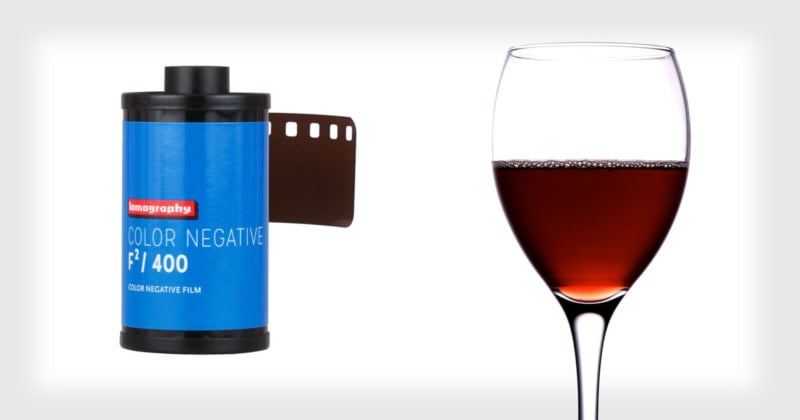 Lomography is selling a new limited edition film called Color Negative F²/400. It’s a film with an unusual concept and backstory: it was aged like wine in oak casks for 7 years.

Back in 2010, Lomography purchased a giant “master” roll of 400 ASA film from a group of renowned Italian filmmakers — the group was pulling out of the film production business, and this was the last master roll ever made. Instead of chopping it up into 35mm film strips and selling the film immediately, Lomography decided to get experimental.

The company placed the film inside oak casks and allowed it to age under ideal conditions in the Czech Republic. 7 years later, Lomography recently shipped the film to Vienna, packaged it into 35mm film rolls, and took a peek.

“The results are astounding,” Lomography says. “We went back to discover that this fantastic film still produces refined colors with a beautifully unique tone.”

“Having spent seven years aging like fine wine, F²/400 has retained all of its refined colors and beautifully unique tone,” the company says. “What’s more, it has developed hints of the characteristic X-Pro aesthetic and beautiful blueish tones in certain shooting conditions, making it unlike any other Color Negative film on the market.”

Here are some example photos captured using the film:

Since it’s an aged batch from a last master roll of film, a very limited quantity of this film will ever be available. Lomography tells PetaPixel that in the first week after launch, over half the available film stock was sold.

Lomography is selling Color Negative F²/400 for about $6 a roll in gallery stores or with a discount if you buy it in packs of 5 or 10 through the online shop.