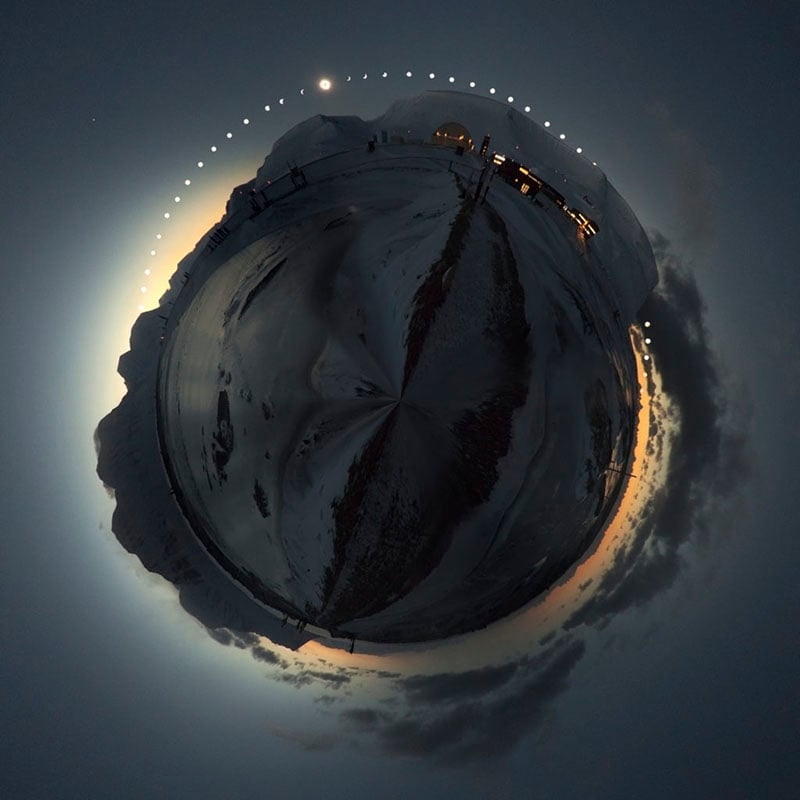 When a total solar eclipse occurred back on March 20, 2015, photographer György Soponyai decided to capture it in a creative way. He shot a series of photos of the sun traveling across the sky above Norway, and then stitched the images together into the above “little planet” photo of the sun being eclipsed.

“This photo sequence was taken on the day of the Solar Eclipse at the shore of Greenland Sea near Longyearbyen Airport in Spitsbergen, Norway,” Soponyai writes. “I took the solar disk photos in every 15 minutes from sunrise to sunset with the help of a Baader AstroSolar filter.”

Soponyai was shooting with a Canon 5D Mark II and a Samyang 8mm f/3.5 lens.

Using Photoshop afterward, he combined the 72 photos he shot onto a foreground photo shot during the first minute of the total eclipse. Soponyai then applied a stereographic projection effect to create a little planet picture with sun traversing above.

If you’re interested in trying your hand at this shot, the next total solar eclipse will occur in August 2017 and will be visible in the US. Mark your calendars.

(via György Soponyai via Wired)

Image credits: Photograph by György Soponyai and used with permission