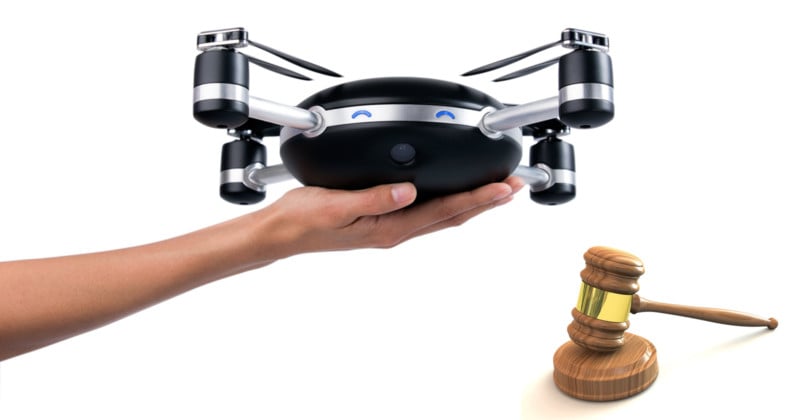 Yesterday morning, the company behind the ‘throw-and-shoot’ Lily Drone announced that they would be shutting down despite raising $34 million in pre-sales and $15 million in private funding. But their press release left one thing out: they’re also being sued by the San Francisco district attorney’s office.

According to SF Gate, the DA’s office has been conducting a “months-long investigation” into the Lily Drone that came to some harsh conclusions. Chief among them: that Lily Robotics “lured” prospective customers by creating a promotional video using “[a] much more expensive, professional camera drone that requires two people to operate.”

So the drone in the video below is apparently not a working prototype of the product Lily promised to deliver in February of 2016:

The DA’s office further alleges that customers have had “considerable trouble” requesting refunds from the robotics company, and that Lily used the money they raised to obtain a $4 million bank loan.

To that end, DA George Gascón managed to obtain a court order requiring that Lily return all the money it raised from consumers. “It does not matter if a company is established or if it is a startup,” Gascón said in a statement. “Everyone in the market must follow the rules. By protecting consumers, we protect confidence in our system of commerce.”

The tragic case of the Lily Drone is yet another reminder—and we’ve had a few this year—that Kickstarter is not a pre-order website. As for Lily Robotics, things this week just went from bad to worse.

(via SF Gate via DIYP)