We’re not entirely sure why, but product photography tutorials are coming hard and fast lately. So in case this DIY lightbox wasn’t good enough, and 360° product photography isn’t your thing, here’s a great tutorial that will show you how to capture killer reflective product shots on a sea of black.

The video tutorial was created by London-based photographer and cinematographer Tom Watts, and using the simple setup shown in the video he was able to capture a bunch of high-gloss product photos like this one:

The setup is simple. First, Watts placed a glass table in front of a black backdrop, and added some black material underneath the glass to get a perfect reflecting surface. Then, he set up a big softbox as his key light, a fresnel kicker with some barn doors as a rim light, and a simple square “reflector” (read: cardboard cake base) on the other side for some fill.

You can see the whole setup in this screenshot from the video: 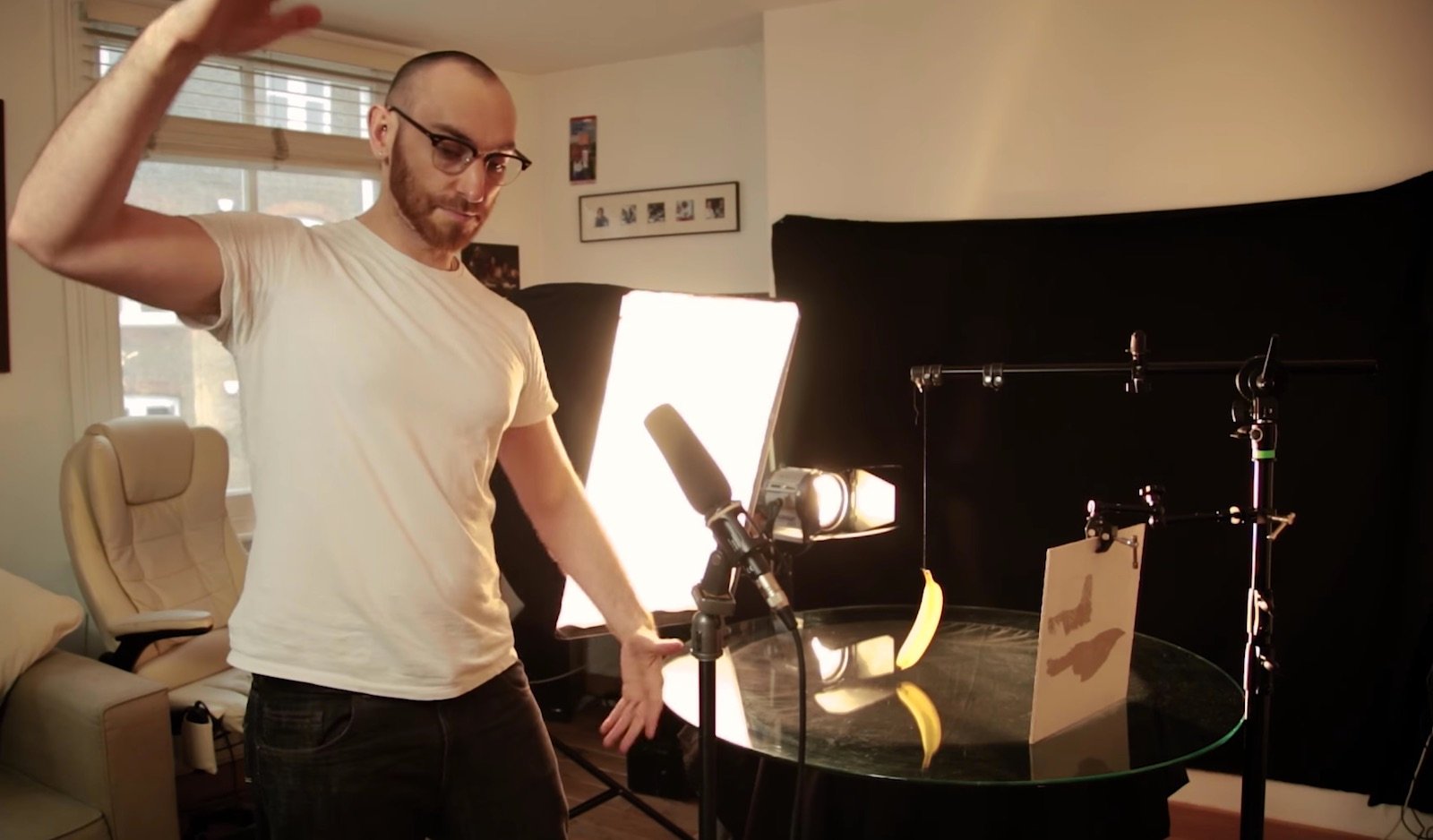 Using this, he’s able to get these product shots on all black with a great reflection to really make the final image pop. The results speak for themselves:

Check out the full tutorial up top to have the lighting setup explained step-by-step, and then subscribe to Watts’ YouTube channel for more videos like this one.