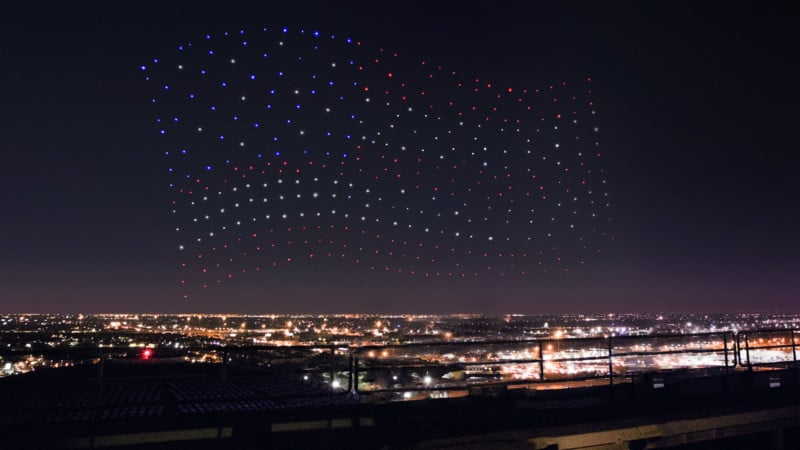 We’ve gotten used to drones capturing cool, cinematic, sometimes never-before-seen images and video from the skies. But last night at the Super Bowl, Intel flipped the script, making the drones the subject of the spectacle instead of the machines capturing it.

Using 300 of their specially-designed “Shooting Star” drones, Intel kicked off the half time show by forming a massive American flag behind Lady Gaga—each drone a “pixel” in a 15×20-drone backdrop. 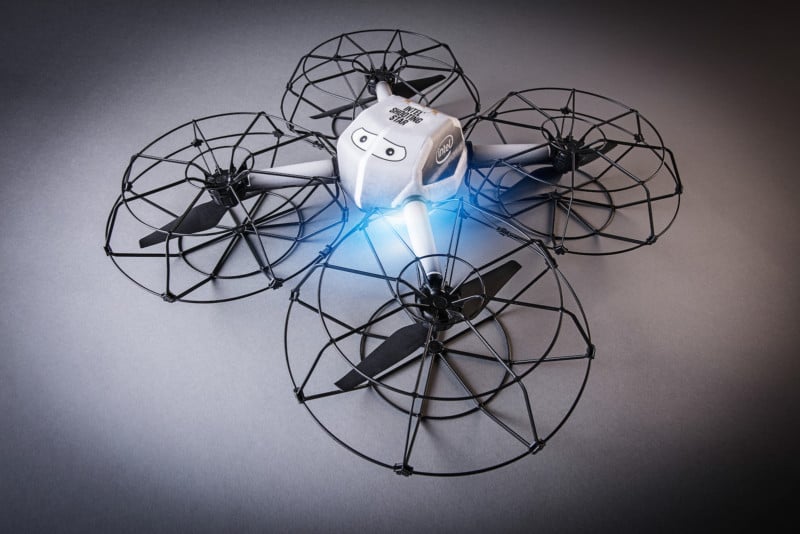 Each ultra-light drone is equipped with an LED that can produce “four billion color combinations” and the whole swarm of 300+ drones (Intel has actually managed to fly 500 at a time) can be operated by just two people.

Of course, flying 300 drones at a time is an FAA regulatory nightmare, so the American flag scene was actually filmed on a different night when there wasn’t a massive crowd of people below, but that doesn’t make the spectacle any less impressive. Here are two other “images” created using these Intel drones for an ad that aired during the game yesterday: 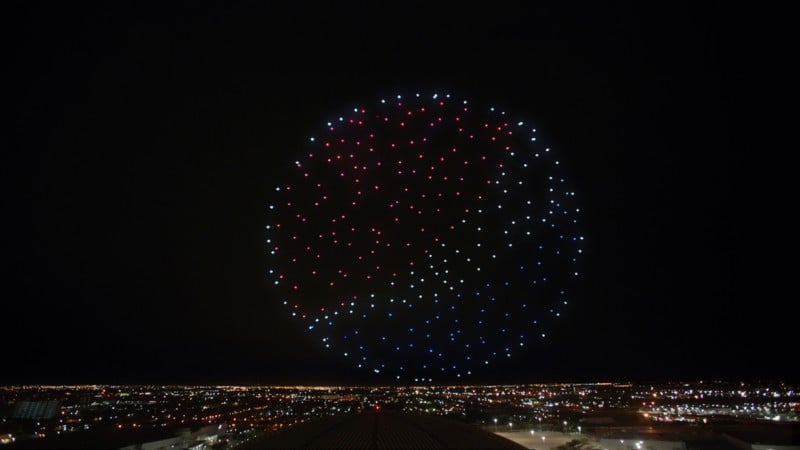 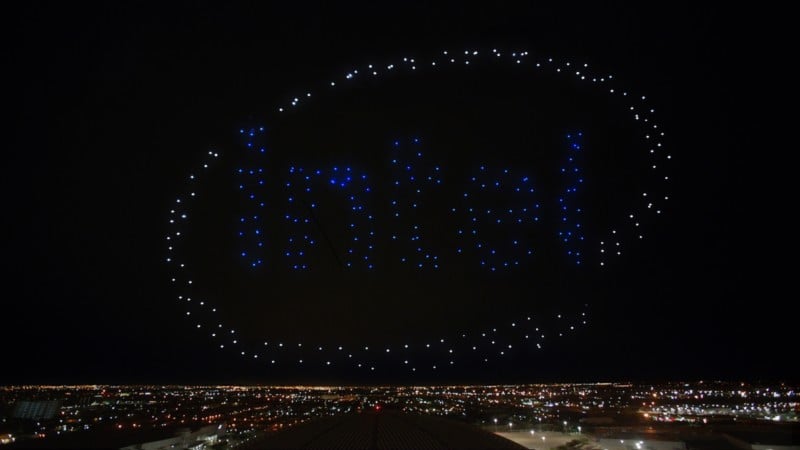 Some day, we’ll be using our fancy camera drones to shoot a crazy 1000-drone light show on July 4th… so meta. For our money though, it’ll never be quite as mind-blowing as this crazy (read: stupid) stunt was.

(via Wired via Engadget)