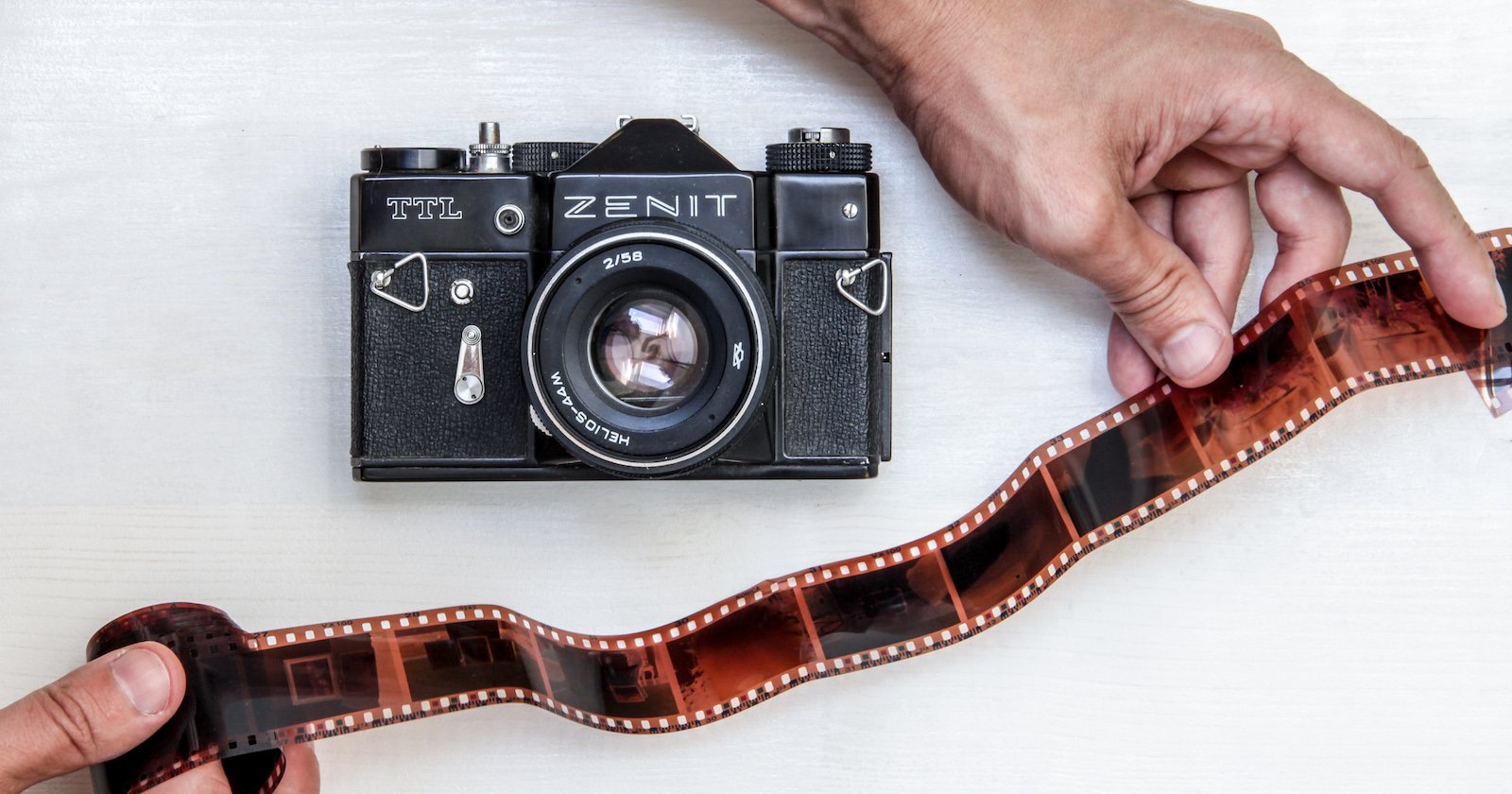 Scanning colour negative is without a doubt the most irritating part of my workflow.

Since I started to shoot film, it has been the source of great frustration, especially in terms of color rendition. Each color negative I scan shows a dreadful blue or green cast that’s a pain to get rid of in Lightroom.

The struggle was real… until today!

I’ll take the example of Kodak Portra, because that’s the one that causes me the most trouble. When you look online at images shot with this film, most of them are looking amazing and show beautiful colors. But when I scan a negative of Portra, it gives this pallid and nauseous look to my poor model.

I can guaranty that she looked much healthier when I shot this picture! 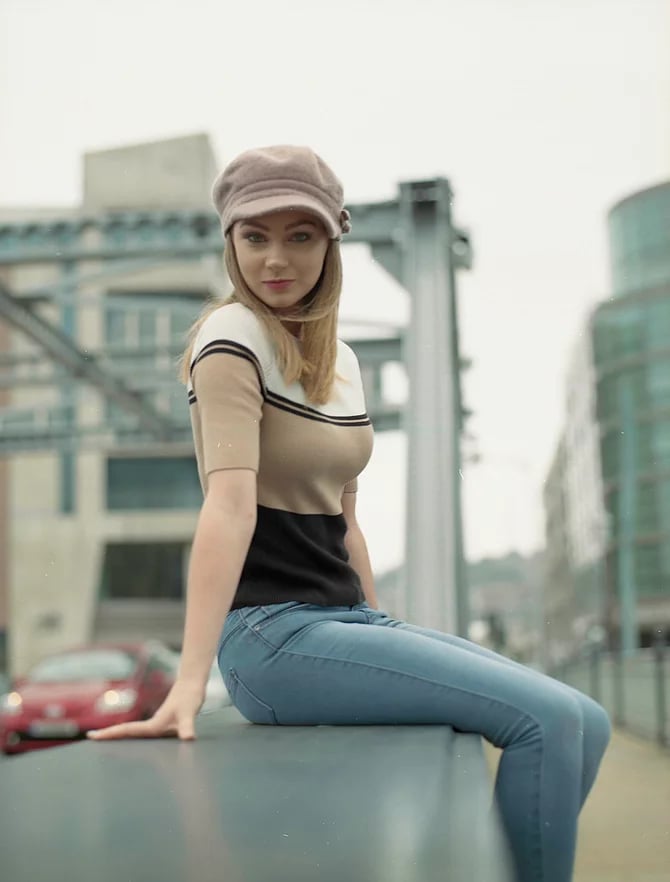 This poor color rendition wore me down, and I started to shoot more black and white because I couldn’t stand to make my models looks like this any longer. But then I thought, “OK, there must be an easy fix to get those colors to look good”.

I started to tweak and play with all sort of settings in my scanner program, but I was still not getting close to what I was expecting. On top of that, these programs are not a shining example of simplicity.

Next step was to adjust the files in Lightroom. I was getting acceptable results but it was a lot of trial and error before I got the right color and temperature balance. This was taking too much time, and I didn’t choose film photography to spend 15 minutes editing every single picture in post-production. I had to find the responsible party for this outrage.

It didn’t take long before my doubts leaned towards my Epson V550 flatbed scanner—but I couldn’t believe it. This poor fella has been recommended by many photographers and has an honorable 4-star rating on Amazon, on top of very enthusiastic comments from its users. There had to be some way to get these images to look good without spending a lot of money to get scans done by a pro lab.

After reading many articles and watching video after video online, I finally stumbled across a technique that caught my attention. I tried it myself on a few images and I can finally see what it means to shoot with Portra.

Enough talking and let’s jump into it.

Step 1: Open your image in Photoshop

Just import your image directly into Photoshop. If it is already open in Lightroom, simply use the shortcut Cmd + E from a Mac or Ctrl + E from a PC. Once the image is open, your screen should look like this: 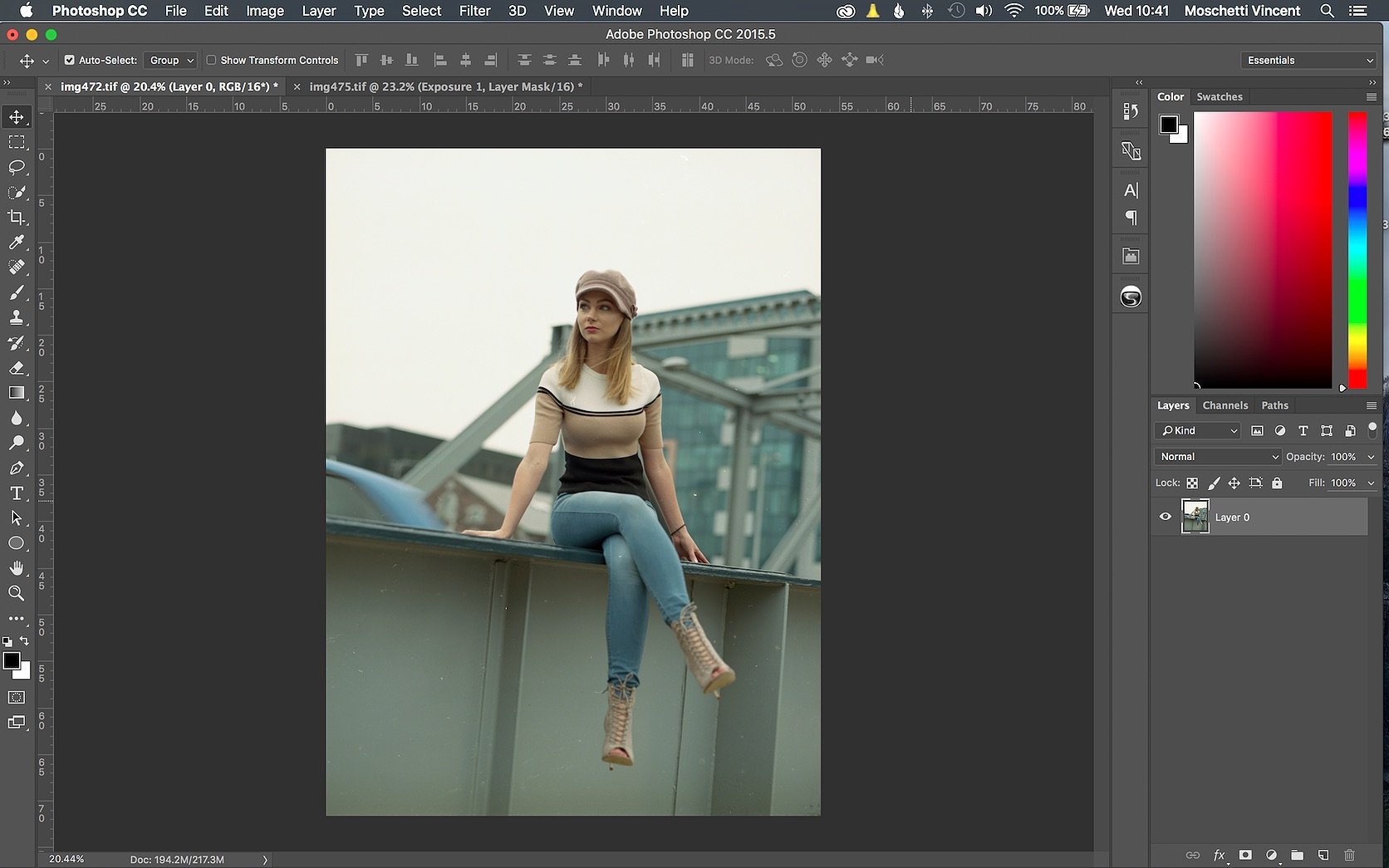 Next, we’ll add a Levels Adjustment Layer that will ultimately save our picture. 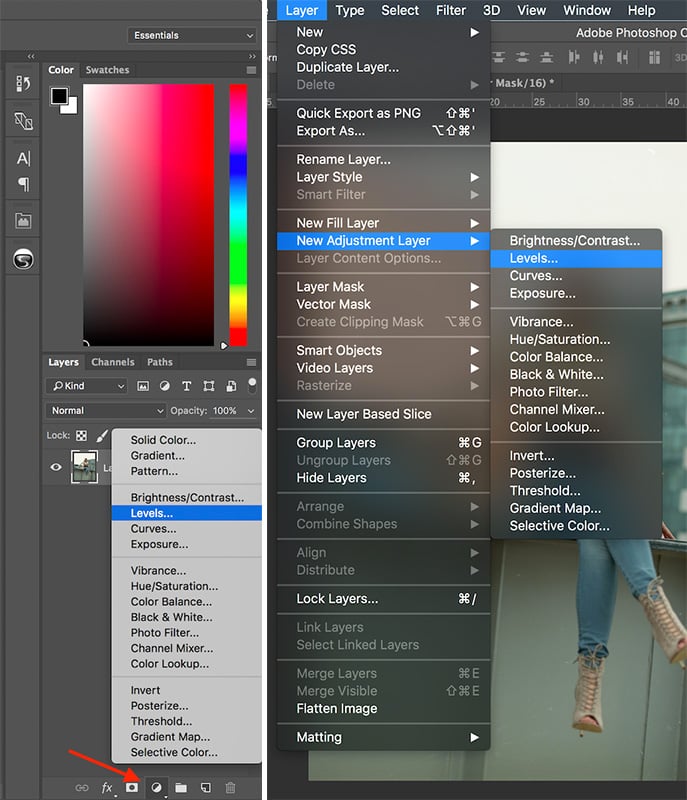 This is where the fun begins.

Now that you have created the adjustment layer, you should see this window popping up. In case the window doesn’t appear, or if you close it by accident, you can always reopen it by clicking on the little icon marked in red below. 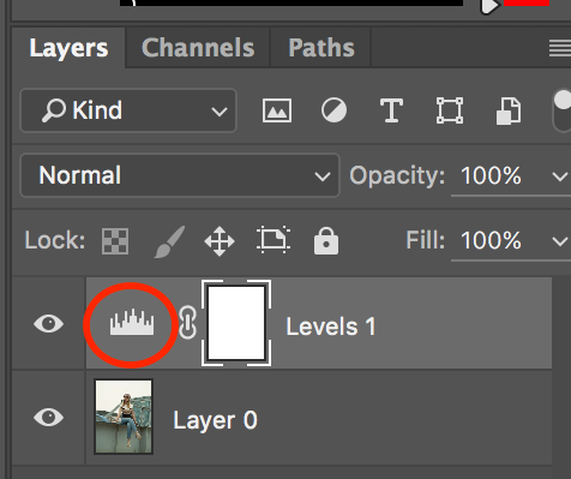 From this window, you will choose the Red channel first by clicking on the menu where it says RGB. This is very important as you don’t want to work on the global RGB channel; adjust each color individually instead. 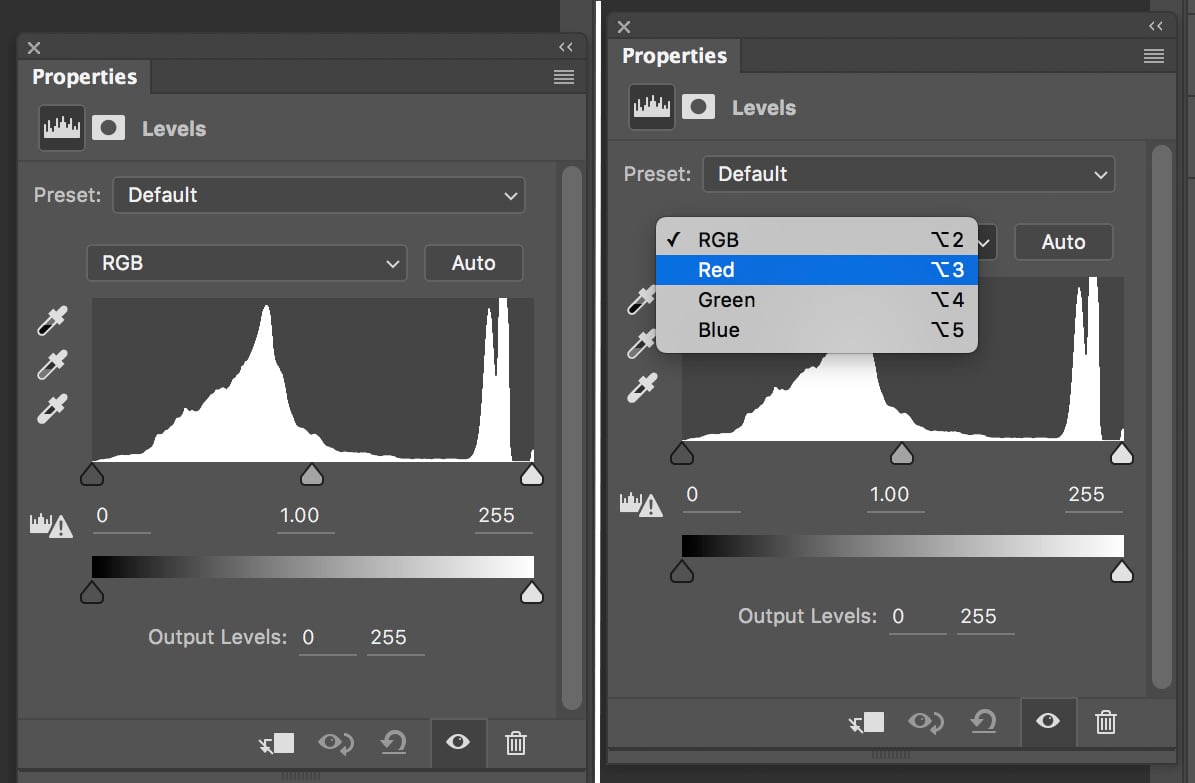 We are going to use this to remove the unnecessary colors from the shadows and highlights.

To do this, you have to hold the Alt key on your keyboard and click on the left cursor to work on the shadows. This will being up a red screen called a clipping mask. As you move the cursor to the right, while holding the Alt key, you will see black shapes appear: these show the darkest points of your image.

You have to move the cursor until it affects only the darkest areas. If you move it too far away, you are going to remove color where it should remain, so be gentle with this guy.

Now that we are done with the shadows, let’s take care of the highlights. This time you will grab the right cursor white holding the Alt key and bring it towards the left. Instead of being red, the clipping mask is now black, and shows the clipped highlights in white, blue or red.

Don’t worry if, at this point, your image looks even worse than when we started. We’re not done yet. The next steps are to do the exact same thing on the Green and Blue channels. Just click back on the drop down menu where it says now Red, and select the next channel.

Once you are done with the three channels, all the unnecessary color cast added by the scanner should be gone and your model should look like a normal human being!

This process slightly darkens the image. To correct this, simply add a Brightness/Contrast Adjustment Layer and increase the brightness a little bit. Special thanks to Paul Frederiksen for sharing this great tutorial. You can watch the original video here :