Photographer David Robinson calls it “the next big thing” in photography. And while you might guess he’s talking about a new camera body, new optics, or some crazy new sensor technology, you’d be wrong on all counts. He’s talking about flying studio strobes.

Robinson came up with the idea of launching a studio strobe into the air over 2 years ago, when he saw an ultra-powerful custom octocopter drone in Red Bull’s Equipment Pool. This behemoth was lifting cinema cameras at a time when most consumer drones couldn’t carry anything heavier than a GoPro.

But Robinson wasn’t interested in lifting a camera, he immediately imagined lifting a strobe instead. He wanted “to put light in impossible places,” and once he got his hands on the impossibly portable Elinchrom ELB 400, he knew the formerly-impossible was now totally possible. 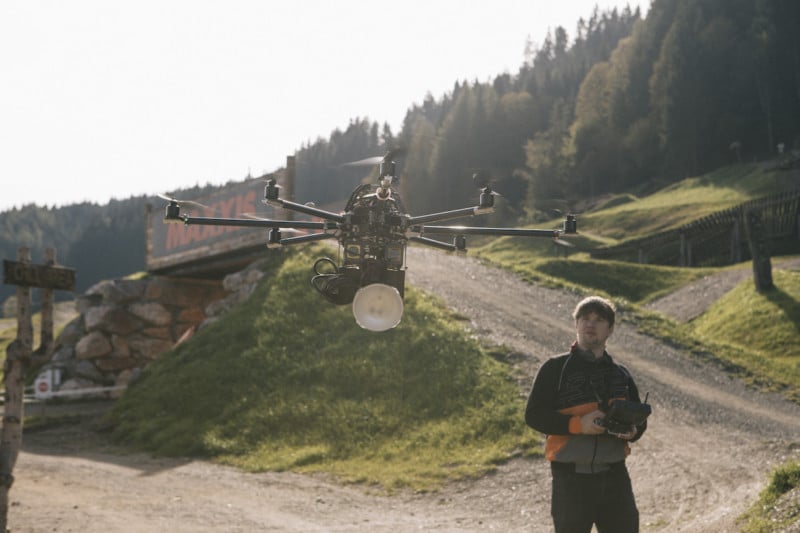 The idea for this Red Bull shoot centered around capturing slope-style mountain biking in a new and more realistic looking way. As he explains on the Elinchrom website:

Instantly I thought of slopestyle MTB, since the prominence of the jumps usually limits a photographer to placing any additional lighting behind the jumps and lighting the subject from below.

This isn’t ideal since the eyes and brain can recognize, even subconsciously, that something that isn’t quite right since light very rarely occurs from beneath in nature.

By mounting a powerful studio strobe to a drone, he could lift the light above his subject and add flash to daylight without making the photo look totally unnatural or fake. 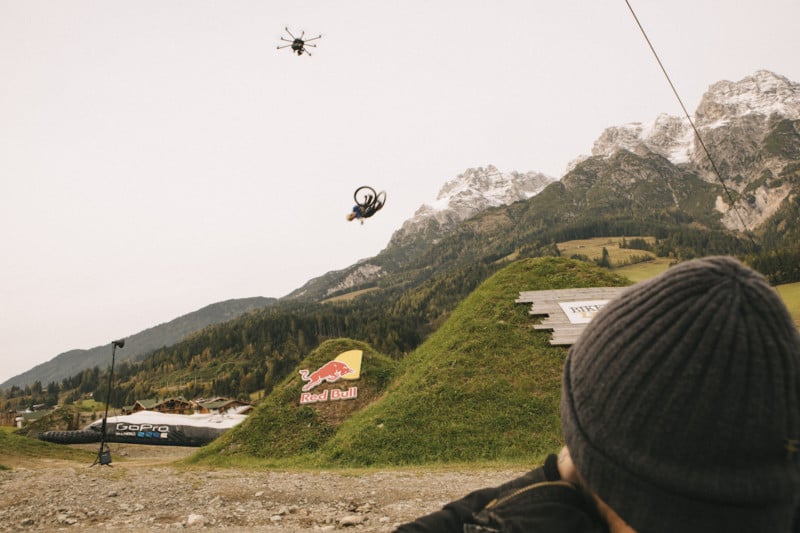 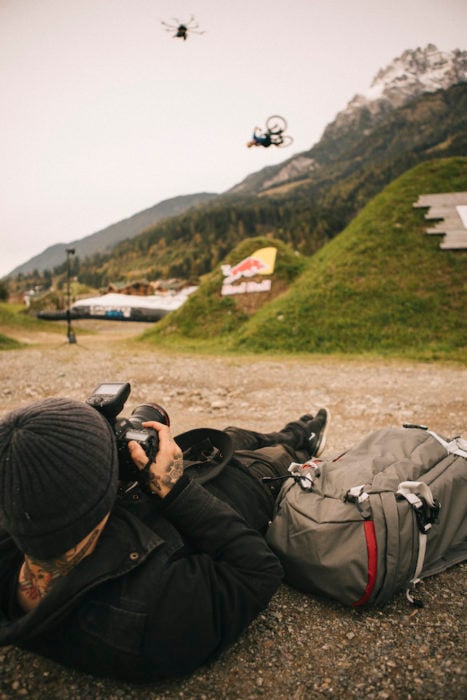 The question now, obviously, is did it work? Attaching a powerful strobe to a drone is cool and all, but did the final pictures turn out in a way that made it worth the two years of planning and several hours of intense effort?

The answer, to hear Robinson tell is, is both yes and no.

“With my idea down in pixels now, it was quite satisfying but at the same time not quite as outstanding as I’d hoped,” he writes. “The main image worked perfectly but I realize now that it might not be so obvious to the untrained eye.”

This was a technical success, but Robinson sees it as a proof of concept and encouragement to take this idea and really hone it into something artistically awesome.

He imagines a future where powerful drones with intelligent subject tracking can follow an athlete around automatically. No need to set and reset lights, just adjust a setting and the drones move your lights into position so you can focus on composition. That, if it comes to pass, is what Robinson calls “the next big thing.”

In the meantime, enjoy these awesome “proof of concept” shots… we think they’re pretty great. Image credits: All photos courtesy of David Robinson and used with permission.