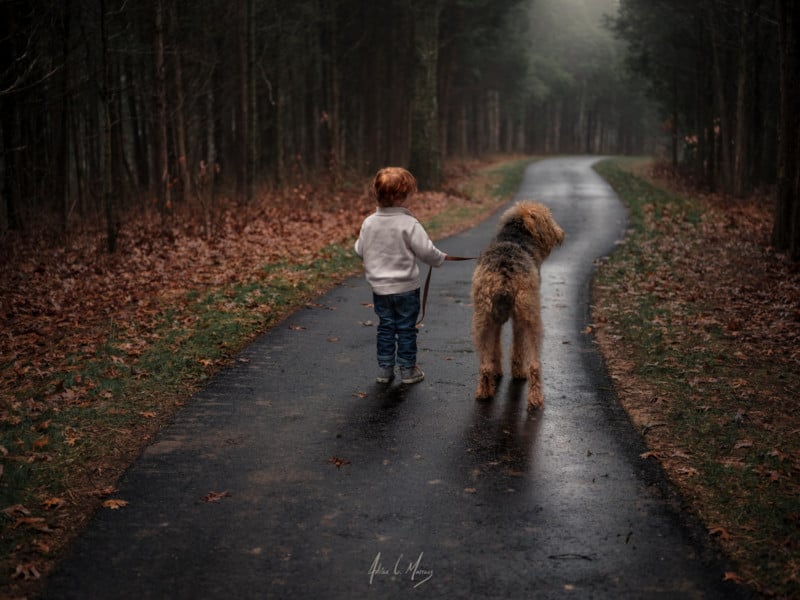 I typically have more to say in my first paragraph, but this camera blew me away and “wow” is one of the best ways to portray my first reactions.

I was fortunate to test out the medium format Fujifilm GFX 50s for a week starting a few days before the new year. What a way to start 2017! I had a very small window to get things figured out and produce some quality work. I wanted to put this camera through its paces, and that’s exactly what I did—we went out on rainy, snowy, and sunny days.

While Fujifilm did send over all three of the available lenses, I tended to stick with the 32-64mm and the 63mm. Though, before I give the details of my first impressions, let’s talk a bit about what this camera is and what it offers photographers in boring technical terms. If you already know about this camera in detail than just skip the next part. 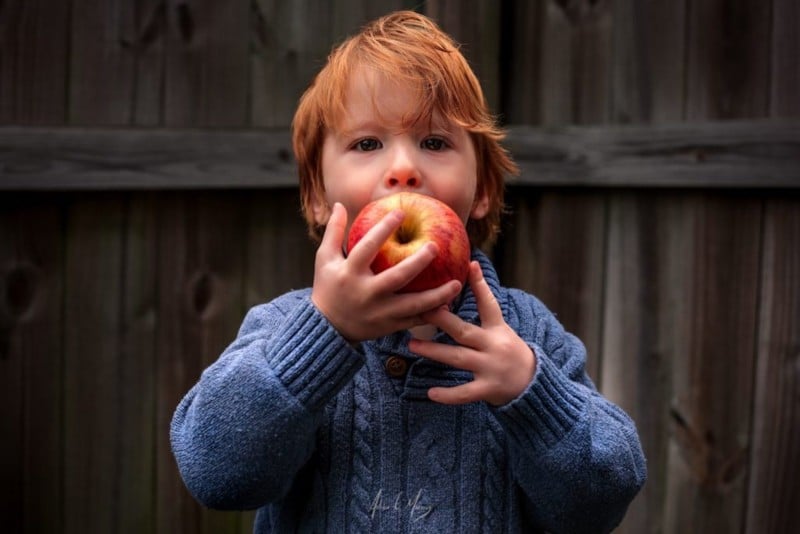 The GFX system by Fujifilm marks the beginning of their commitment to medium format imagery. What is medium format? Well, you’ve got crop frame APS-C sensors like what you typically see in Fujifilm cameras. Then a step up in sensor size is full frame (AKA 35mm). Then, between full frame and large format (which doesn’t really exist in the digital world) you have medium format. Traditionally, Hasselblad, Phase One, and Pentax dominate this sector.

So why does this matter to you? Simply put, the larger sensor allows a greater resolution, dynamic range, and color depth, among other things. The depth of field also acts differently on larger sensors, giving you a smoother transition from in focus to out of focus. In my opinion, this aspect of medium format cameras allows for your images to obtain a bit more layering and, thus, give a bit more of that three dimensional feel to your two dimensional photograph.

Technically speaking, the sensor in the Fujifilm GFX 50s is more than likely the same one found in the Pentax 645Z and Hasselblad H5D-50c (and their X1d, but we will touch on that later). The difference between Fujifilm’s GFX and the other two cameras isn’t in the sensor or type of camera, it’s size.

You see, medium format cameras tend to be quite large. Long flange distances accounting for their gigantic mirrors means these things can get quite big. Fujifilm’s current cameras are all mirrorless. Apply that concept to medium format and you can substantially shrink down the body size… and so they did.

What you’re left with is a camera with a large sensor in a body/lens combo that isn’t much different than full-frame DSLRs. Packing all those aforementioned benefits into a nice compact tool. 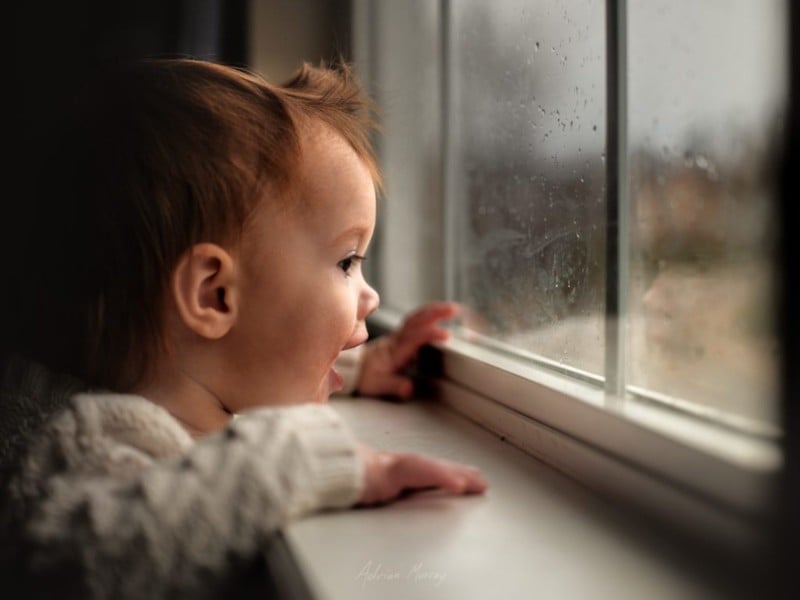 Okay, now that we’ve covered all that, it’s time to give you my personal first impressions of this camera.

First off, weight. I felt like the camera was a lot lighter than its volume accounted for—it was almost as though the body was built with future iterations in mind. Fujifilm could likely have built the 50s to accommodate for future upgrades without increasing size; the reason I mention this is because it gives them room to upgrade while keeping the expected size they introduced with this camera. Fujifilm is a company after all, and the evolution of technology is unavoidable. The 63mm was a welcome size as well, and really felt like a grown up version of their 35mm f/2 lens. The design was similar, as was the angle of view. It was nice to have a compact lens on such a large sensor.

Ergonomically, I found the GFX to be perfectly suited for my hands. I love the X-T2 and the 50s is just a bulkier version of that body. Where I stand a few inches above 6 feet, having a larger camera body was not a problem at all—especially since it felt so light. The thumb grip on the back side of the body was awesome. I felt like it made the camera that much more nimble to work with. Yeah, I just referred to a medium format camera as “nimble.”

Keeping in line with the Fujifilm design is having all of your controls within finger length. Their user interface is really perfectly complicated. Everything you need is right there; if it isn’t, it’s likely a quick menu configuration away. 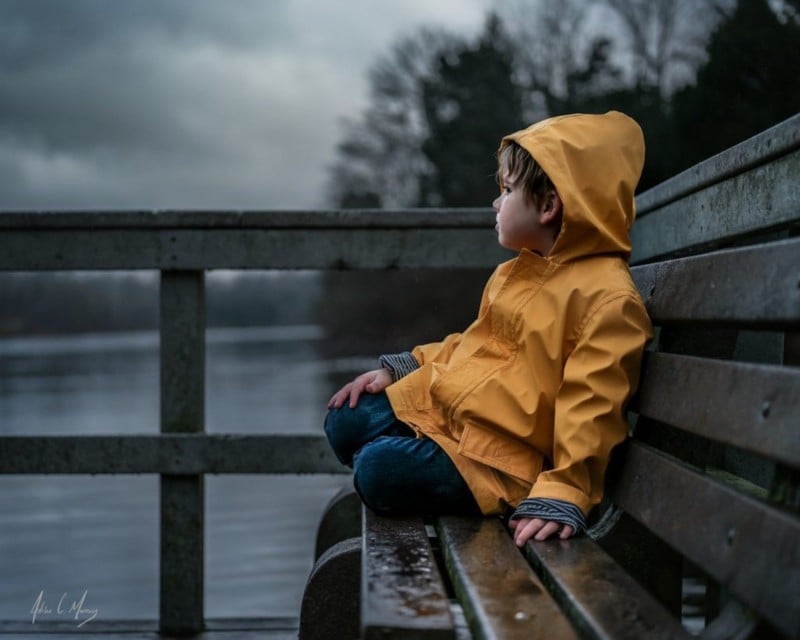 Something that’s extra nice about the body design is having both a touch screen and the joystick control for autofocus selection. That means that, if you want to primarily shoot using the LCD, you can use the touch screen very easily. Want to use the EVF viewfinder? Then maybe the joystick is a better option for selecting a focus point. Either way, you have plenty of options to explore. This is something I’d love to see in the X-T3… Fujifilm, I’m winking at you right now.

Speaking of the touch screen, the screen articulates much like the X-T2 in that it can flip in three directions. Though, unlike the X-T2, flipping the screen to the right (or up/down in portrait orientation) only needs a press of a button rather than a slide like the T2. This made using it a breeze.

Next, I’d like to talk about the autofocus speed and accuracy just a touch. Keeping in mind that I was using a preproduction model with beta firmware, I was pleasantly surprised with the autofocus. Assuming the sensor is the same as the one found in the Pentax 645z, then it doesn’t have hybrid phase and contrast detection autofocus like the smaller sensors do—we are stuck with just contrast detection. This translates into slower autofocus than what we are used to in the GFX’s smaller sensor brethren. Also, there are loftier chunks of glass that need to be moved in order to obtain focus.

All that being said, I was still able to obtain focus on some of the most difficult subjects in the world: children. And not just any children, but hyperactive toddlers. While I probably wouldn’t do any sport shooting with this camera, it’s autofocus is still very capable in the right hands. 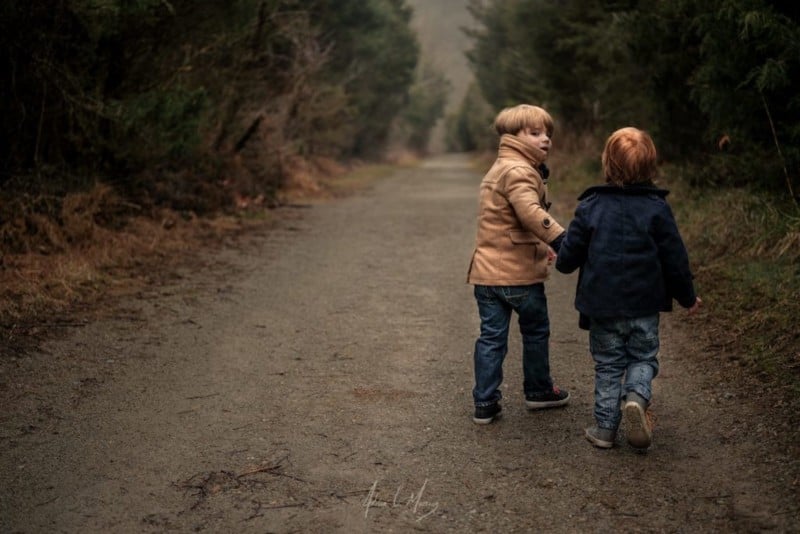 Lastly I want to talk about the files and general capabilities of the system. This time last year I was predominately shooting with a Canon 5DS R, so 50 megapixels was nice to have once again. Though, while the digital resolutions of both these cameras are similar, I did notice that the actual image quality was far better on the 50S—so much so that I’d pretty much say the two cameras are basically incomparable. I’m betting this comparison is going to be made a whole lot over the next year since they’re both the same resolution and the cameras are about the same size; however, that is where the similarities end.

The 50s offers far more dynamic range than I’ve had on any of my Canon cameras and also surpasses my Sony A7RII. I felt like I had so much more latitude to work with on the files. Since the camera wasn’t available yet I was forced to use TIFF files for editing rather than RAW, so maybe take what I say about how much room I had to edit with a grain of salt—I still don’t have a full grasp of how great the files will be once we have a RAW conversion software available. T

his is also something I want to touch on in regards to RAW conversion and Fujifilm. There has been a history of Fujifilm files not getting along with Lightroom (my preferred editor). This has to do with Fujifilm’s use of X-trans sensors as opposed to the usual Bayer array with an AA filter, and Adobe’s lack of care to change their sharpening algorithms for this sensor design. The 50s uses a bayer filter and, thus, those issues are nonexistent. The details are rich, the colors are vibrant, and the transitions into clipped details are smooth. All of this offers some of the best image quality on the market.

So there you have it. My first impressions on the GFX. You can preorder one for yourself from this link, and see a few more samples photos below: 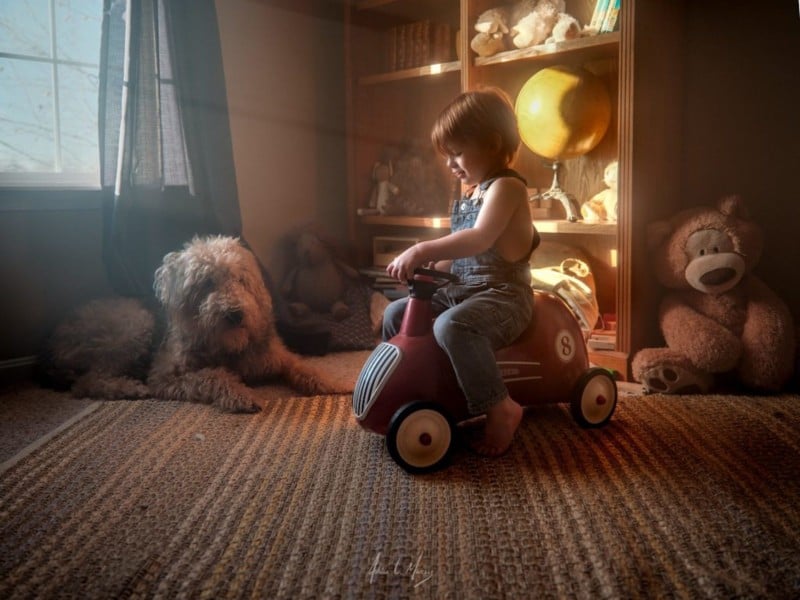 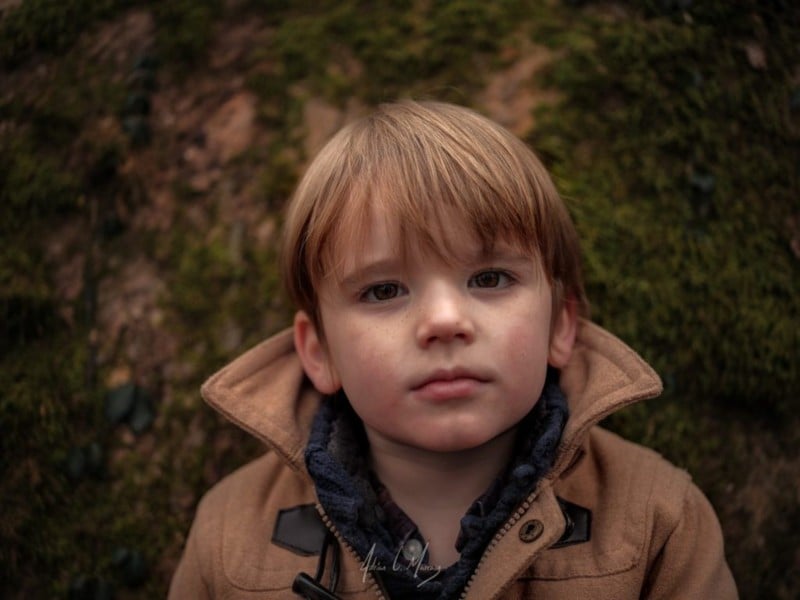 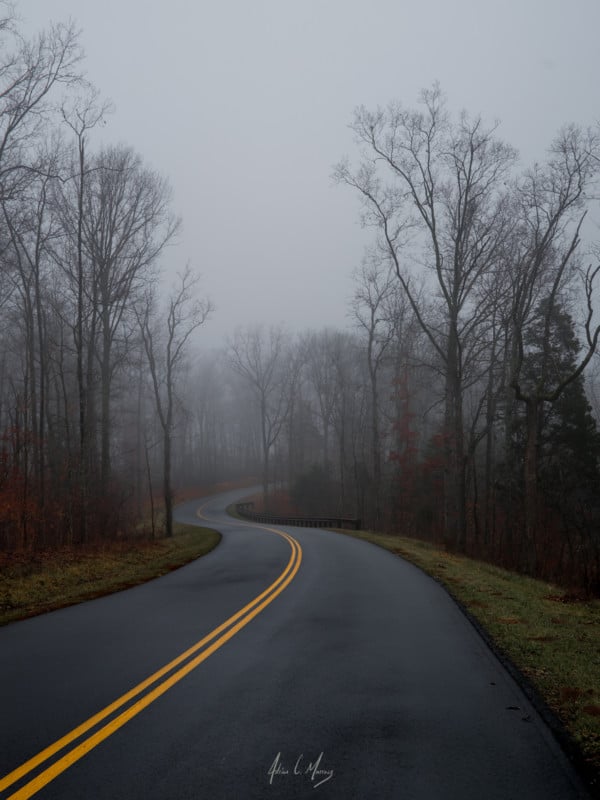 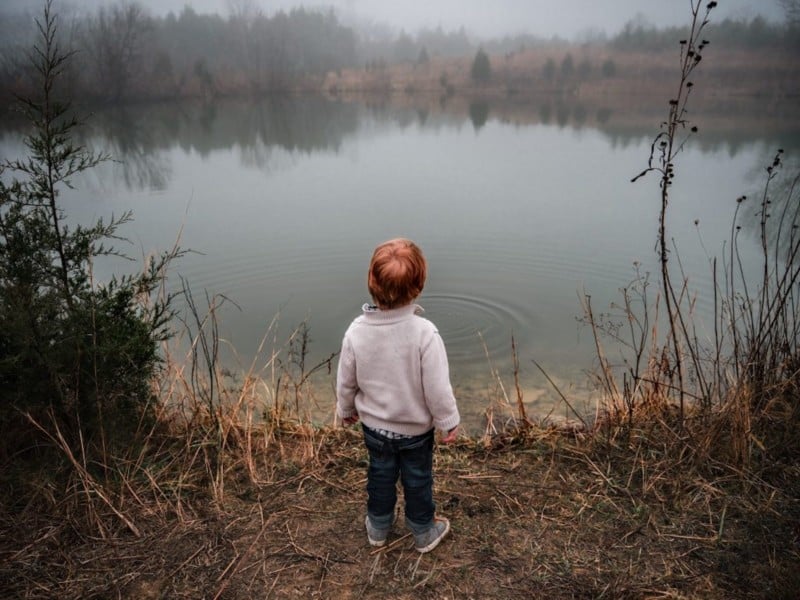 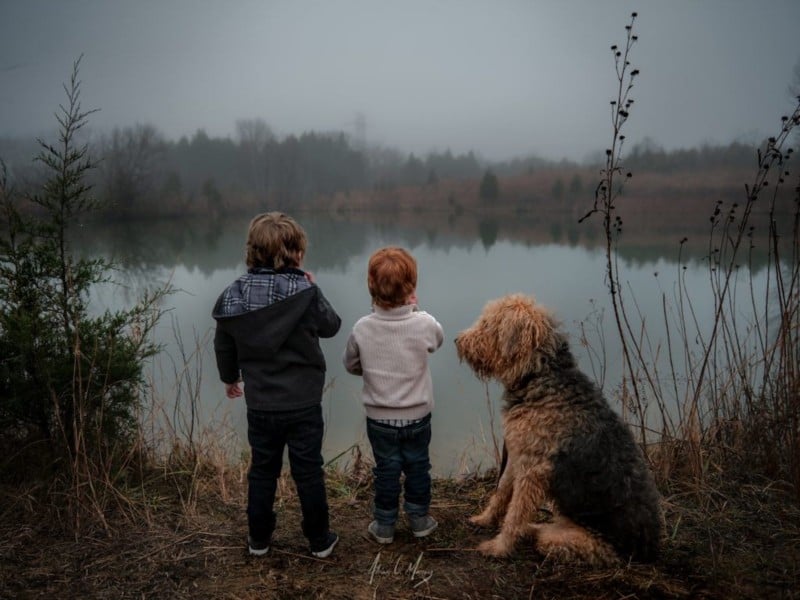 About the author: Adrian Murray is a well-known photographer, artist, Lightroom expert, and author. This opinions in this post are solely those of the author. To see more of Adrian’s work, visit his website or give him a follow on Instagram, Facebook, and 500px. This review was also published here.