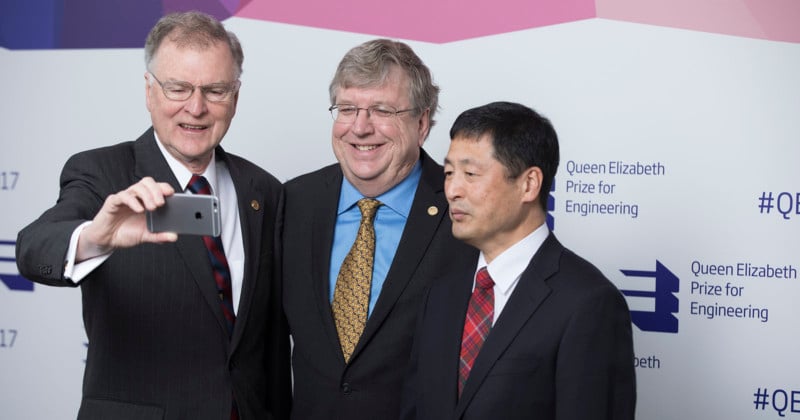 Four engineers who pioneered the creation of digital image sensors have been awarded this year’s prestigious Queen Elizabeth Prize, which comes with a hefty £1 million award. The prize is considered to be one of the world’s most prestigious in the field of engineering.

The winners are Eric Fossum and George Smith from the United States, Michael Tompsett from the UK, and Nobukazu Teranishi from Japan.

Smith helped create the CCD sensor in the 1970s, but the technology was originally designed for use in computer memory. Tompsett later applied the invention to digital imaging.

“A picture is a universal form of communication,” says Professor Sir Christopher Snowden, this year’s Chair of Judges. “It can be shared instantly with anyone around the world, no matter what language they speak.”

“We chose this engineering innovation because it epitomises what the prize stands for. It is inspirational, truly something that everyone can understand, and it has had a remarkable social impact worldwide.”

Here’s a short video in which this year’s international panel of judges discuss the impact digital image sensors have had:

The 4 winners will be honored at a ceremony at Buckingham Palace in the UK later in 2017. In addition to sharing the cash prize, they’ll each receive an iconic Queen Elizabeth Prize trophy.