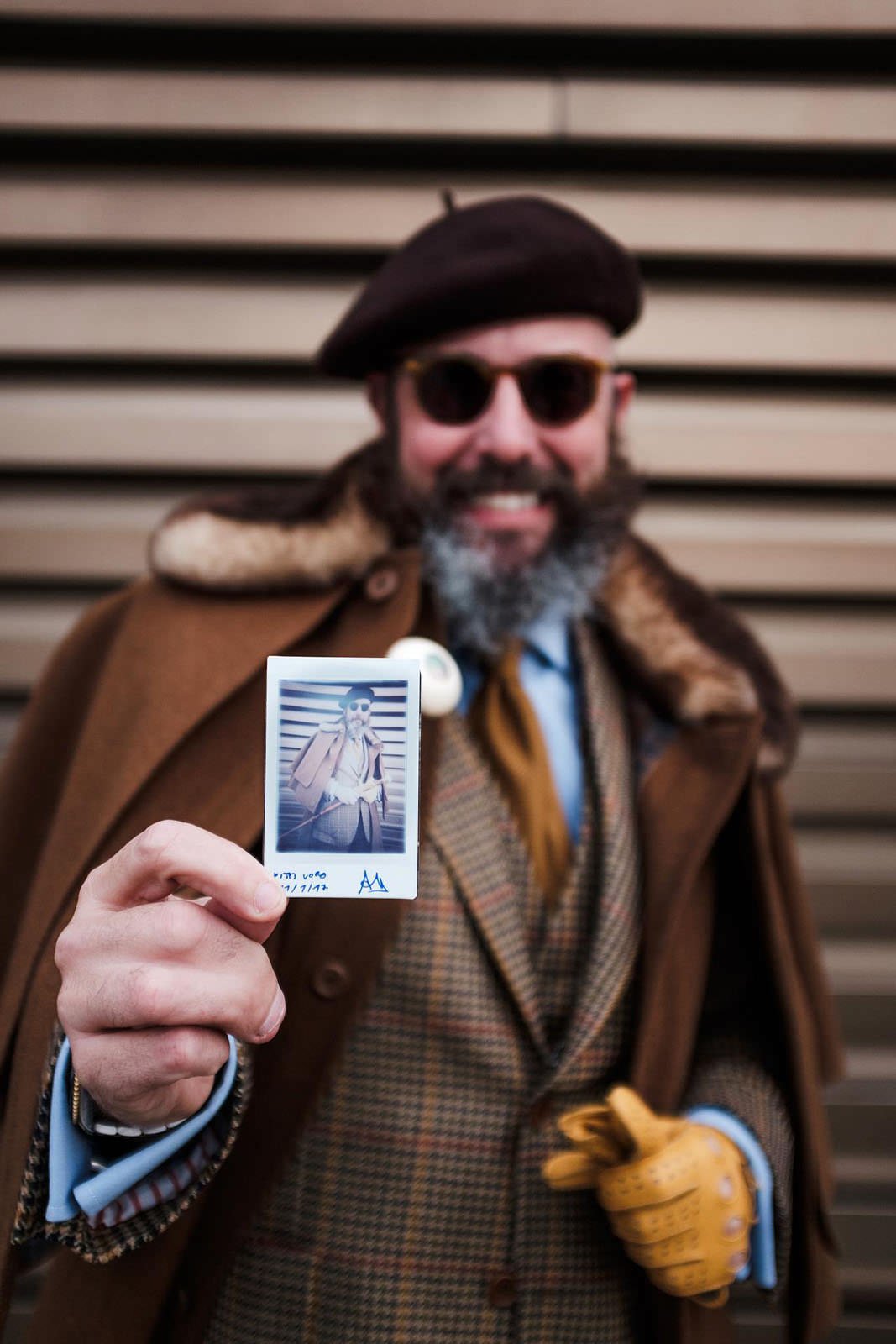 Photographer Alessandro Michelazzi recently attended the 91st “Pitti Immagine Uomo” male fashion fair in his city, Florence, Italy. While there, he shot a creative portrait project in which he asked attendees to pose for and hold up Instax instant photos of themselves.

“The idea was to photograph the guests with the Instax camera, then to re-photograph them with the digital camera,” Michelazzi writes. “The Instax film was going to be a gift for the guest while the digital picture has been published on the official website of the Pitti Immagine Uomo organization.”

The Instax picture in each of the portraits was captured using a Lomo’Instant camera by Lomography. 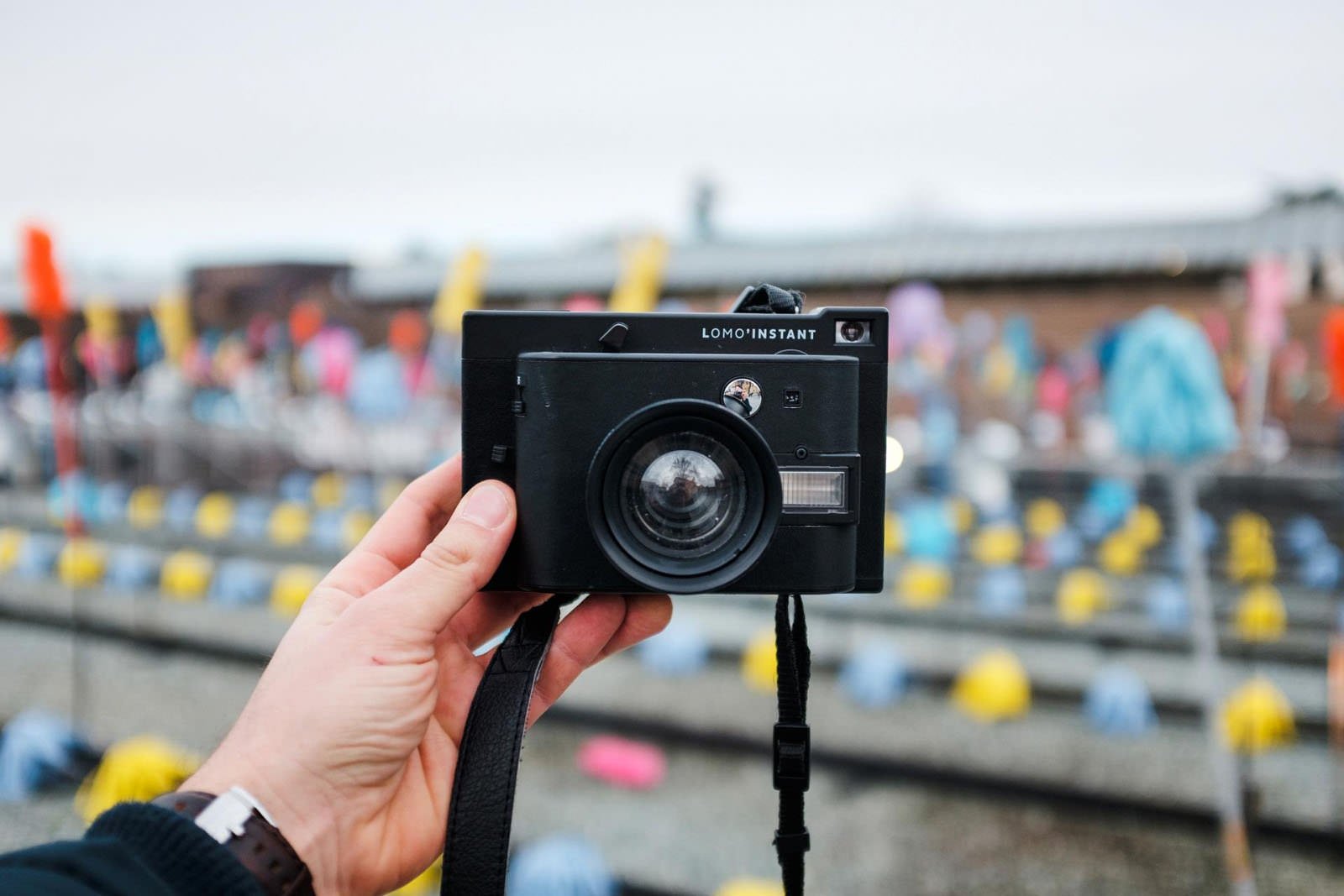 Michelazzi says that the minutes spent waiting for the instant photos to develop helped slow down what would ordinarily be a snappy portrait process, allowing him time to get to know each of the subjects a little more.

One of the people Michelazzi met and photographed at the fair was photographer Scott Schuman of The Sartorialist. Here are some more of the picture-in-picture portraits Michelazzi made: 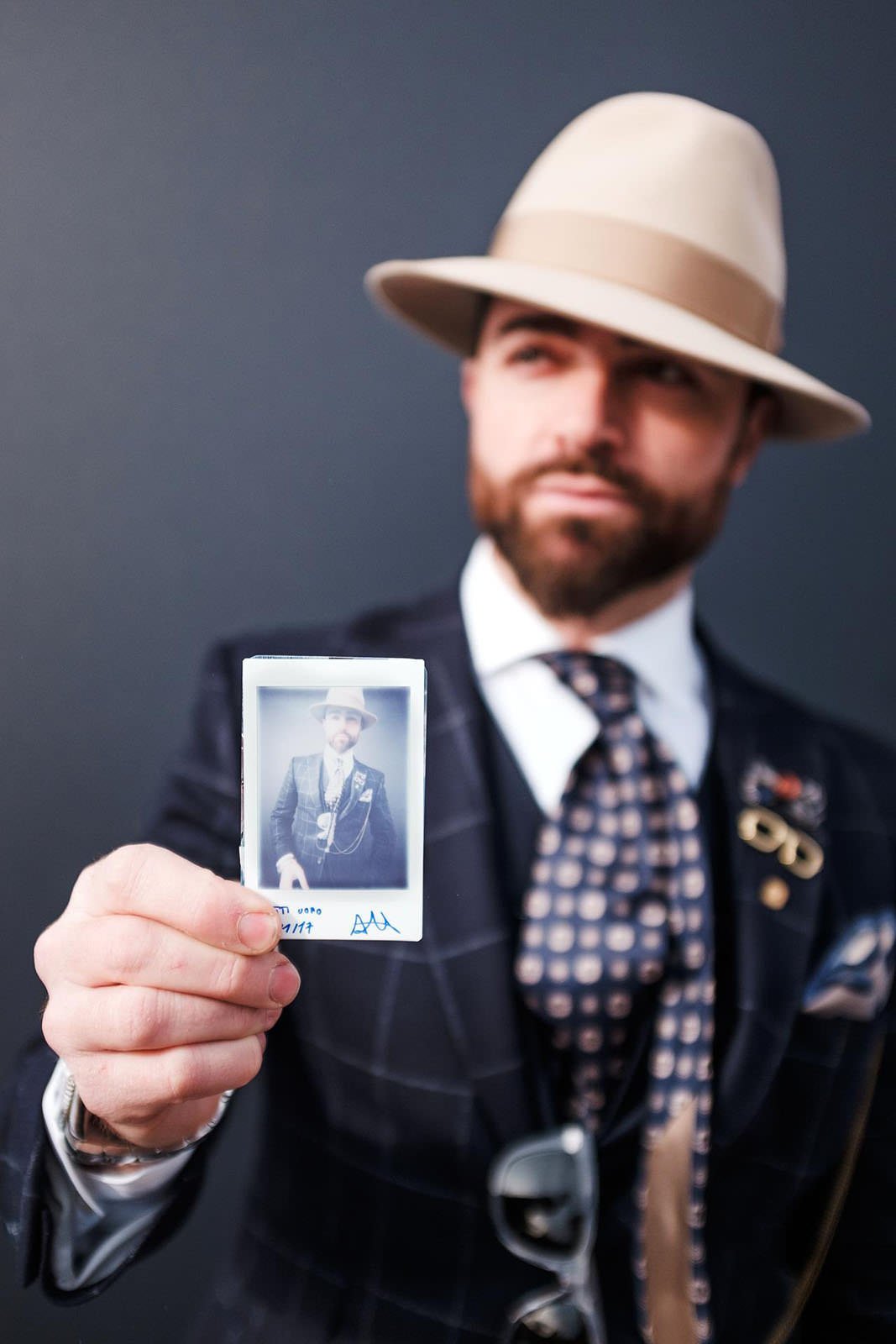 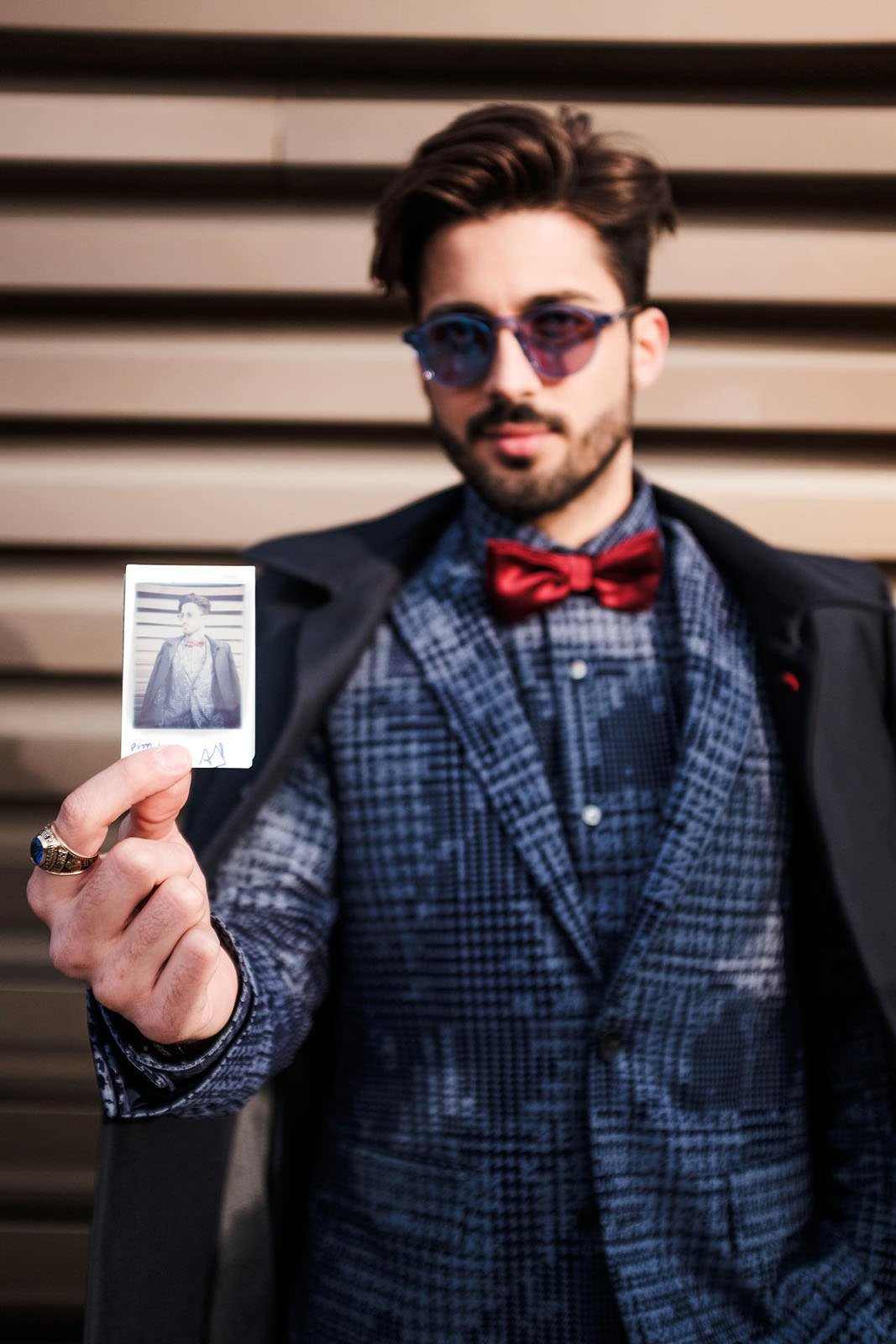 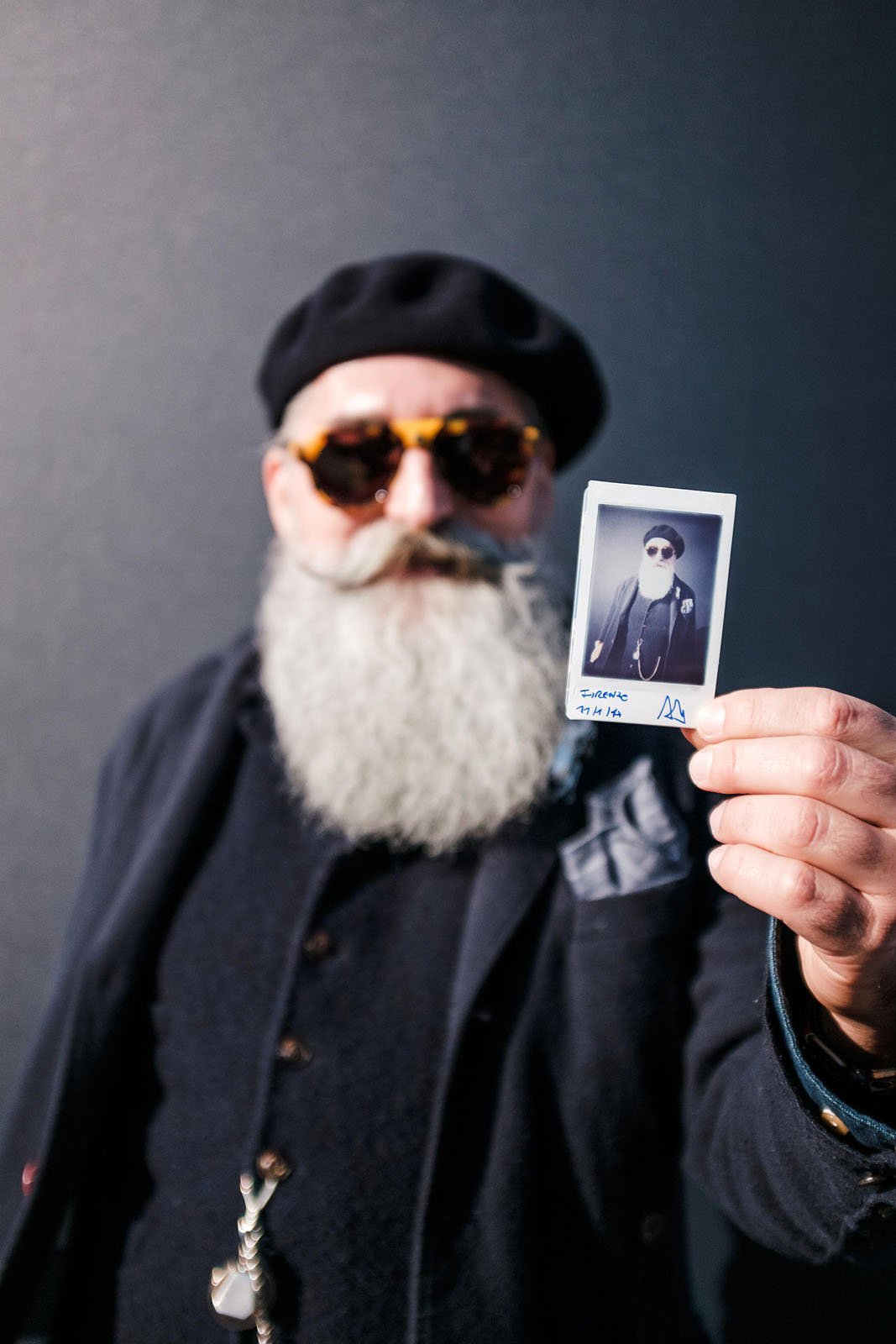 You can find a larger gallery of these portraits here. You can also find more of Michelazzi’s photography on his website.

Image credits: Photographs by Alessandro Michelazzi and used with permission