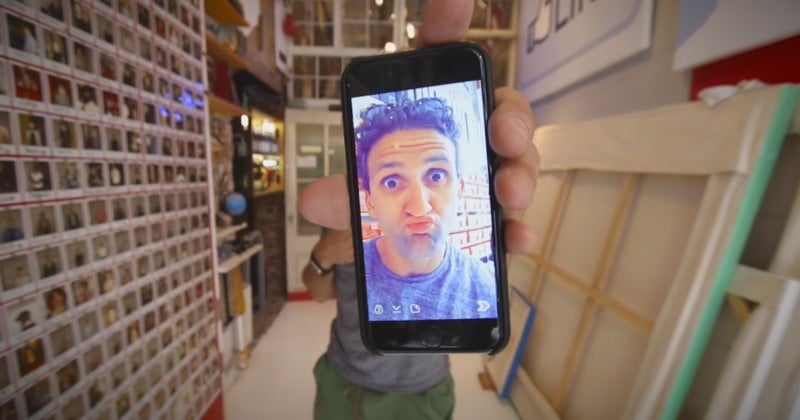 Last week, we told you that Casey Neistat was saying goodbye to his hugely popular daily vlog. Today, we found out what he’s planning to do next. Neistat’s new home will be the cable news network CNN, which just acquired the 11-person team behind Neistat’s never-quite-took-off mobile video sharing app Beme for a reported $25 million.

Beme itself will be going away, but the team behind it, led by Neistat, will be launching a new video brand under the CNN umbrella. CNN is banking on Neistat’s street cred to entice millennials to tune in, and is reportedly giving the YouTube star and his team free creative rein to achieve just that.

“Casey has tapped into nearly six million really powerful viewers, most of which do not tune in to CNN,” the global head of CNN Digital told The New York Times. “To build this audience authentically, we believe we need to build something new.”

Speaking to The Verge, Neistat hit on the main challenge he will have to overcome to achieve his goal: pointing out that there is “a tremendous distrust” between those six million viewers mentioned above and traditional media. Traditional media represented by folks who, ironically enough, just referred to those viewers as “which” instead of “whom.” If he can bridge that gap and bring the young crowd to CNN, Neistat will be worth every penny of the $25 million dollars the network reportedly spent to bring him onboard.

The project, whatever it ends up being, is scheduled to launch in the Summer of 2017. In the meantime, Neistat notes that this deal will not affect his YouTube channel, where he plans to continue releasing videos … just not at that frantic once-per-day vlogging pace.