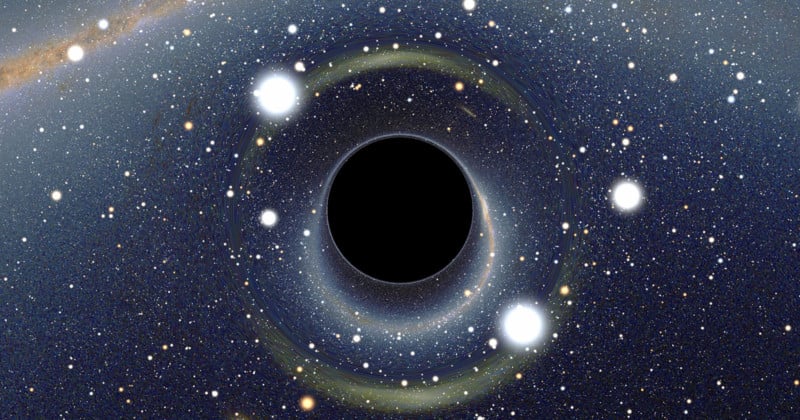 Here’s an interesting photography first that is set to happen in 2017: scientists are planning to capture the first ever photo of a black hole’s event horizon (the boundary of no return that light can’t event escape).

The project is called the Event Horizon Telescope, and it uses a network of 9 radio telescopes found across the world that will be pointed at Sagittarius A*, the black hole 25,000 light years away at the center of our Milky Way galaxy.

Scientists say that calculations and preparations are done, and that they’re aiming to shoot the groundbreaking photo sometime early this year.

“There are quite a few challenges that need to be overcome to take a picture of a black hole – it’s something that’s extremely small in the sky,” EHT scientist Feryal Ozel tells BBC News. “But what we’re hoping for is a full array observation in early 2017.”

Although our entire galaxy revolves around it, Sagittarius A* has an event horizon with a diameter of 24 million km (~14.9 million miles), or about 17 times that of our Sun. And since it’s so far away, to us it’s about the relative size of a CD on the surface of the moon, scientists say.

So what will the resulting photo look like? Scientists are predicting that it will look like a crescent of light around a black hole due to the Doppler effect making part of the ring brighter than the other.

Here’s the “close up” view of a black hole that was computer generated for the movie Interstellar (created under the guidance of renowned astrophysicist Kip Thorne):

Scientists say that capturing an actual photo of a black hole will further the study of Einstein’s general theory of relativity.