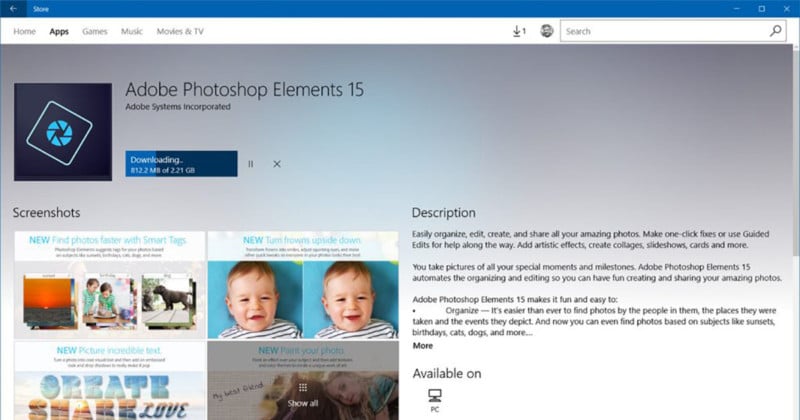 Adobe has launched Photoshop Elements 15 in the Windows Store, marking the first time the more powerful program has been offered through Microsoft’s app store, where it joins Photoshop Express.

Thurrott also notes that purchasing Photoshop Elements 15 (announced last month) through the Windows Store also has a distinct advantage over buying the standard desktop version of the software: the standard version only lets you activate the app on two devices at any given time, but the Windows Store version allows you to install it on 10 devices.

The app is temporarily discounted over the next several days to $60 from its regular price of $100. You can check it out and purchase it here.

Do know, however, that you can snag the app for cheaper elsewhere: over on Amazon, it currently costs just $40 (for use on only two systems at a time).