Canon made an unusual move in 2017 by announcing the Canon 77D as the first camera in a new line that fits between the 80D and the 800D (AKA the Rebel T7i). If you’re scratching your head about what makes the 77D different, check out the 4.5-minute video above by ZY Productions about 8 differences between the 77D and 80D. 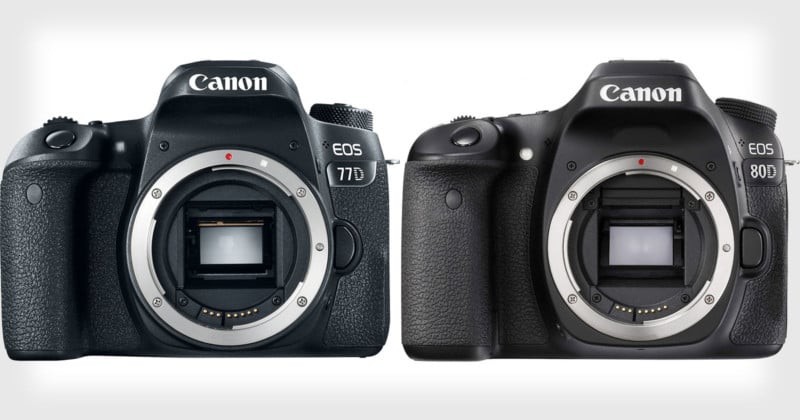 Canon says that the 77D “represents a new category of advanced amateur EOS cameras, a step above the Rebel series.” Here are the 8 main differences pointed out by ZY:

6. Layout: 77D uses a 4 way navigation pad instead of 8, among other minor differences

Other differences not mentioned by ZY but pointed out in the comments of the video include:

9. Headphone: The 77D lacks the headphone jack that the 80D has.

11. Weatherproofing: The 77D isn’t weathersealed while the 80D is.

“Picture the 77D as an 80D with cheaped out hardware,” ZY says. “In terms of pricing, the 77D is practically an economy version of the 80D.”

(via ZY Productions via Fstoppers)