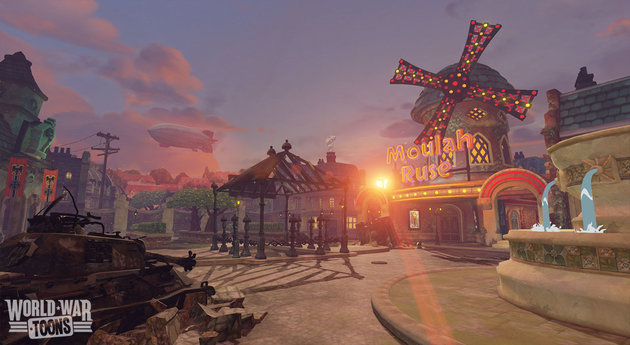 There are a handful of videogame developers that are already tackling the virtual reality (VR) first-person shooter (FPS), despite the numerous challenges the tech presents for the genre. Among these teams is Reload Studios, a new developer that was set up last year and began working on its cartoonish multiplayer FPS, World War Toons. The title is on its way to the PlayStation VR and Oculus Rift head-mounted displays (HMDs), but hasn’t been heard from in a few months. According to Reload Studios itself, that’s soon set to change.

A variety of recent messages made on Reload Studios’ Facebook page confirm that more news on the title is on the way, including a brand new trailer. The company’s most recent post confirms that ‘lots’ of ‘exciting’ news is coming up, while a post made earlier in November 2015 notes that the team’s ‘next big outing’ is coming soon. That same post teases the arrival of a new trailer which will, in Reload Studios’ words, be ‘awesome’. A date for these reveals is yet to be set by the developer.

World War Toons allows players to take part in World War Two-era combat online. The title makes full use of the PlayStation Move motion controller on PlayStation VR, though it’s yet to be confirmed if it will also support the Oculus Rift’s own position-tracked device, the Oculus Touch. Recently, Reload Studios announced a brand new community competition in which fans could lend ideas for back stories and dialogue for the title’s character classes, which could end up being included in the full videogame.

It’s not yet clear when the title may be launching, though the HMDs its set to release on won’t be launching until early – mid 2016. VRFocus will continue to follow World War Toons closely, reporting back with the latest updates on its progress.