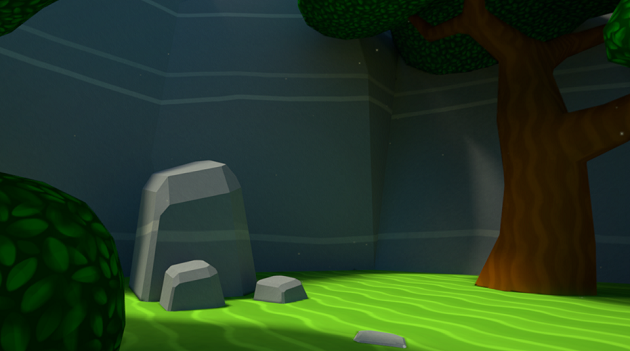 There are mere weeks left in 2015, but it looks like there’s at least one big virtual reality (VR) release left. Psytec Games has announced that its upcoming first-person platform adventure title, Windlands, will be launching to some degree before the year’s end. VR fans will be able to sample this unique experience via Steam’s Early Access system. Though unconfirmed, it’s likely that this initial release will support both the Oculus Rift and – for those that have their hands on a dev kit – the HTC Vive.

The company confirmed as much over on Twitter, also noting that those that pledged support to the title’s IndieGoGo crowd-funding campaign should expect a Steam key before Christmas. “Some news… #windlands will be released on Steam Early Access this year!” the company wrote. “#indiegogo backers will get Steam Keys in time for Christmas.” Windlands raised some $20,473 USD through its crowd-funding campaign back in 2014, when it was under development by Ilja Kivikangas.

It was only recently, however, that Psytec Games announced that Windlands had joined its studio along with Kivikangas. The company, which is behind upcoming VR dungeon-crawler, Crystal Rift, pledged to help improve the title in a variety of ways including bringing support for the HTC Vive VR head-mounted display (HMD) along with integration with position-tracked devices such as the SteamVR and Oculus Touch controllers. VRFocus sat down with Psytec Games’ Jon Hibbins to learn more about the deal and what it meant for the title.

Windlands itself lets players explore vast environments using abilities such as a heightened jumping mechanic and wall jumping. Players are also given two grappling hooks that allow them to effortlessly swing through the air. A full release date for the title is yet to be announced, although the consumer version of the Oculus Rift isn’t expected until Q1 2016 with the HTC Vive following on in April.

For the latest updates on Windlands, stay tuned to VRFocus.