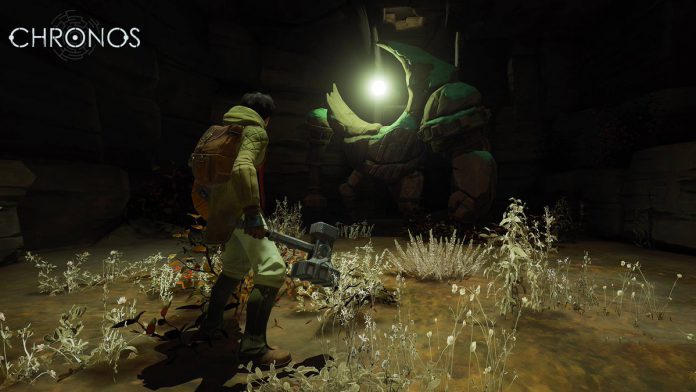 Earlier this week, one of VRFocus’ older interviews with Chronos developer Gunfire Games was shared on Reddit. In the short chat, the studio’s David Adams confirmed that the upcoming adventure title would be ‘100% exclusive’ to the Oculus Rift head-mounted display (HMD), a quote that was highlighted in the thread’s headline. In the comments, there’s been a lengthy, mostly healthy debate about the nature of exclusives in VR and what this means for the medium as a whole, a topic that VRFocus has visited before. The YouTube comments that have come about from the spotlight, however, are much more vitriolic.

It’s hardly surprising to see people protected by the cloak of internet anonymity jump at the chance to complain about some perceived injustice. That doesn’t make it any less disheartening to see such ignorant, often vulgar comments thrown about. People want VR to be different from the console race, they want exclusives to be a thing of the past, but they – or rather some – are not prepared to change their own immature attitudes and responses to this type of news. But that’s not what this article is about.

If 2016 has taught us anything about VR so far, it’s that high-end PC-based systems are going to be out of most people’s price range for a long time. Console players are not going to be pulled in by $599 USD and $799 HMDs that also need a $1,000+ PC. To be blunt, there simply isn’t going to be an install base for the tech that’s attractive to many larger videogame studios in the near future. Tellingly, HTC itself was impressed to learn that it had received 15,000 pre-orders for the HTC Vive within the first 10 minutes of the campaign going live. There’s no way of telling how that number’s grown in the past week, but you can be sure that it isn’t large enough to justify any bigger studios jumping onto the platform independently.

Let’s get one thing straight from the start, then; Chronos would almost certainly not even exist if Oculus VR was not funding it. In fact, it’s doubtful that Gunfire Games, a fresh studio born out of the closure of Darksiders developer Vigil Games, would even be working on VR, regardless of platform. The same can no doubt be said for the vast majority of titles in development under the ‘Oculus Studios’ banner. 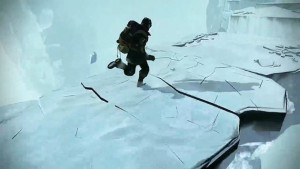 Insomniac Games, Harmonix, Crytek; there are big names that are currently working on Oculus Rift exclusives years before we would have thought they would. Do you really think that Insomniac Games – a developer known for exclusive partnerships with both Sony Computer Entertainment (SCE) and Microsoft – would be working on Edge of Nowhere off of its own back? The initial install base for PC VR simply isn’t going to make the year of time and resources spent justifiable. Not to mention that, as the team’s Brian Allgeier told VRFocus at E3, it was Oculus VR that first approached the studio with developing in VR.

But there are alternative ways of obtaining funding, you say. Perhaps that’s true; perhaps Insomniac Games could have posted a Kickstarter crowd-funding campaign, although it’s appeal would again be limited to those that intend to buy a VR HMD. Perhaps it could have turned to a publisher, though the handful that are brave enough to be working on the tech right now aren’t producing anything near the narrative-driven scale of Edge of Nowhere. The simple fact is Oculus VR has made it far easier for these teams to get involved, so much so that Insomniac Games, as with every other Oculus Studios partner, has either pitched or is already working on a second VR title. It’s a relationship that’s working and that means more VR content.

So the fault lies with Palmer Luckey and Co, then? Why can’t they take the admirable exclusive-free stance of Valve? Couldn’t the company have found it in its heart to do away with exclusivity and offer all of the titles it’s working on over on the HTC Vive too? No, because this is still a company that needs to compete with its rivals and, frankly, needs every reason it can get to convince people to buy its box over the more advanced HTC Vive, even at $200 cheaper. SCE  is lining up exclusives for PlayStation VR and, from a technical point of view, there are plenty of titles that can only come to the HTC Vive, at least until Oculus Touch is released. Expecting charity from Oculus VR on this side is unreasonable, especially considering that it’s looking to software sales to make up for losses made on hardware.

In Oculus Studios, Oculus VR has cast a safety net for many large developers, getting them into the VR scene much faster than many would have anticipated. It’s a move the company should be applauded for, not condemned. You may not like it but Oculus Rift exclusives are here to stay, and any new developer that gets involved with VR because of them needs to be welcomed, not attacked. If you disagree with that then maybe it’s time to ask yourself: who’s really hurting the VR industry? Because it certainly isn’t the company that made the Oculus Rift.