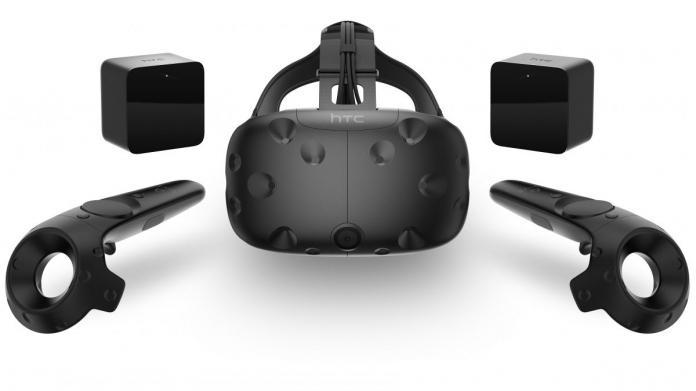 Easily the most exciting aspect of the upcoming HTC Vive virtual reality (VR) head-mounted display (HMD) is its Room Scale user-tracking. Introduced through a partnership with Valve and its SteamVR system, this ground breaking feature allows players to walk around a real world environment in an area of up to 15 feet by 15 feet that’s tracked by the company’s Lighthouse base stations, and have those movements replicated within the given experience. It’s features such as this that recently led Valve Co-Founder Gabe Newell to label the HTC Vive as ‘the most compelling and complete VR solution’.

Newell said as much in a statement surrounding the launch of the HTC Vive’s pre-order campaign late last month. “Our collaboration with HTC and the VR development community has allowed us to create the most compelling and complete VR solution,” he said. “In the coming weeks, many of these developers will launch an incredible first generation of VR titles to consumers around the world.” Along with Room Scale VR, SteamVR also helped introduce a pair of position-tracked controllers that allow players to bring their hands into the experience.

For comparison, the Oculus Rift HMD, which is going head-to-head with HTC and Valve’s kit, won’t include its own position-tracked controllers, Oculus Touch, when it launches later this month. The device is also capable of Room Scale VR, though needs extra sensors, only one of which is in the $599 launch set. The HTC Vive costs some $799 USD, but includes 2 Lighthouse units and the position tracked controllers.

Stay tuned to VRFocus for more on the HTC Vive.

The post Gabe Newell: HTC Vive is ‘the most compelling and complete VR solution’ appeared first on VRFocus.