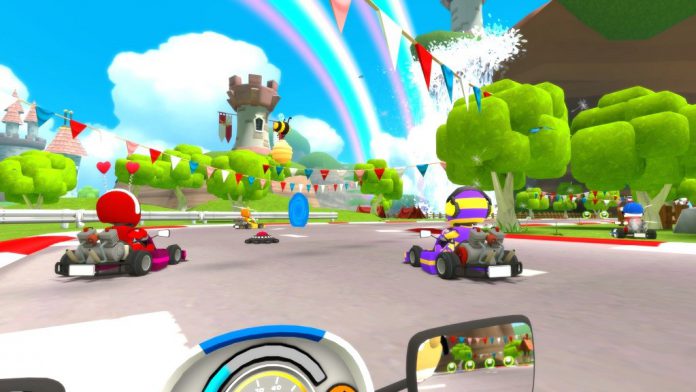 VR Karts brings classic racing titles like Mario Kart into the immersive world of VR, with both single-player and multiplayer modes. Players can customise their karts with a variety of colours, headgear and other items at your disposal, before heading out onto the circuits.

Here you’ll race through deserts, jungles, castles and more, in the light of day or at night. Littered around the track are weapons and upgrades to give players a competitive edge. Heating seeking missiles search out opponents while wormholes can teleport you ahead. One of the biggest benefits VR Karts has over its mobile sibling is the positional head-tracking the PC based headset offers, allowing weapons to be aimed by your gaze.

Available through Steam, VR Karts can be downloaded for £10.99 GBP. VRFocus will continue its coverage of Viewpoint Games, reporting back with any further updates.