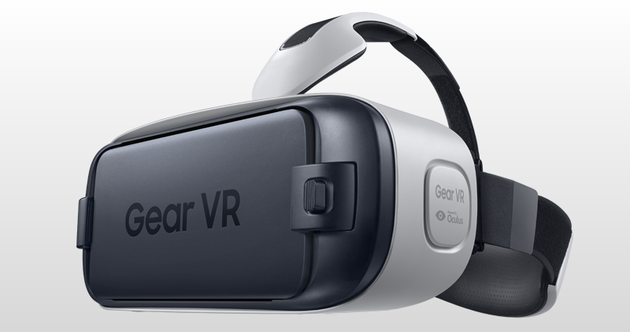 How quickly things can change. Coming into 2015, we’d just been introduced to the Innovator of the Gear VR, Samsung and Oculus VR’s exciting new mobile virtual reality (VR) head-mounted display (HMD). Now, at the end of that same year, that initial kit is looking dated, replaced by an impressive new consumer set. It’s testament to just how rapidly the VR industry is moving forward, and a hopeful sign that 2016 should be even bigger for the first consumer HMD.

The Gear VR for S6

As hard as it is to imagine, the Gear VR Innovator Edition for Galaxy Note 4 was only a few days old in the US at the beginning of the year, and wasn’t even out in most other territories. As such, some of the core systems were still to be implemented, including the option to pay for content on the store. International releases rolled out over the next few months along with a handful of new titles and experiences, though developers were obviously limited with what they could release until they could charge for content.

The premium store was finally announced for the US in March as part of Oculus VR’s presence at the 2015 Game Developers Conference in San Francisco. An international store would arrive the following April, finally giving everyone access to the same content and allowing studios to treat the kit as a full platform.

But that’s far from all that was revealed at GDC and the Mobile World Congress, which ran parallel in Barcelona. Samsung was set to host its next Unpacked press conference at the event, in which it was rumoured that it would reveal its next flagship smartphone, the Galaxy S6. Rumours about what this meant for Gear VR started to spread, with many suspecting a new Innovator Edition of the device that would support the kit was due. This was indeed the case.

The Gear VR Innovator Edition for S6 was a marginally refined take on the original, that used the smaller phone’s size to itself become smaller and lighter. It also supported the phone’s curved counterpart, the Galaxy S6 edge. The device would ship the following May.

This was merely another stepping stone on the way to the consumer version of the kit, however, which Oculus VR’s John Carmack would promise for this year in a speech at GDC. Not only that, but Carmack noted the company would be going ‘full consumer‘ with the launch, marking the first time that Oculus VR would launch a product with the intention of getting it out to as many consumers as possible to make money. 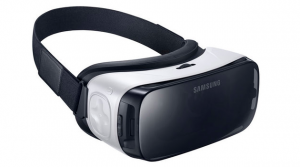 It wasn’t long before people’s attention turned to that consumer kit, then, with Samsung scheduling another Unpacked press conference for the following August. Fans hoped this would be the moment that the device was revealed, but the show came and went without so much as a mention of Gear VR. What was revealed, however, were two new smartphones: the sequel to the Galaxy Note 4 in the Galaxy Note 5 and an enlarged version of the S6 edge known as the S6 edge plus.

With the August event over, Oculus Connect 2 was looming, taking place towards the end of September. Between the two shows there were even rumours that Samsung might be preparing a new phone specifically designed for VR; something that could well still prove true in 2016.

Oculus VR’s keynote conference delivered in spades when it came to Gear VR, then. Samsung itself took to the stage to introduce the consumer edition of the device, which was further refined and supported all four of the smartphones that the company had revealed this year. The most astonishing factor was the price; the company had managed to shave off $100 USD, bringing the total cost to just $99. Obviously that wasn’t including the incredibly expensive phone needed to run it, but this made Gear VR a viable option for the millions that do own those kits.

On the software front, the consumer Gear VR’s November 2015 launch was to be supported by some of its best titles. In the weeks leading up to its arrival through to the month that’s followed, fans have enjoyed high profile releases like CCP Games’ Gunjack, Ustwo Games’ Land’s End, and Coatsink Software’s Esper 2.

It’s a good start, and hopefully there’s far more to come. Right now the Gear VR has a handful of worthwhile experiences, though their brevity makes it hard to keep you entertained for long. The kit’s real challenge in 2016 will be the struggle not to get drowned out as the superior console and PC-based HMDs are released. Gear VR has had an encouraging 2015, but it’s all to play for next year.