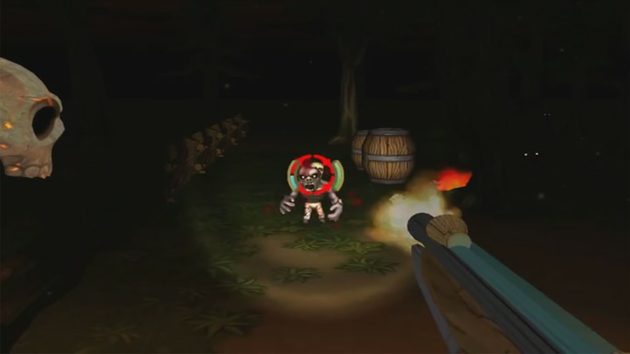 It might be a week of holiday and rest for both the virtual reality (VR) and the rest of the world, but the releases for the Gear VR mobile-based head-mounted display (HMD) aren’t slowing down. We’ve recently seen the launch of Schell Games’ Orion Trail along with the likes of VRock, GrooVR and Sisters. Now Level 2 VR has launched its debut project in Deadhead, a VR zombie shooter.

Set in Texas, Deadhead is a first-person shooter experience in which players will be pitted against hordes of zombie enemies known at the Rotten.

“It’s probably safe to sat that no living soul can click fast enough to blast away all of the enemies in this first-person arcade shooter,” the official description for the title reads. “We even attached a bayonette to the end of your multipurpose gun for melee attacks and added a soul vial that can upgrade your attributes overtime. Choose your companion wisely – every death is a new beginning.”

Deadhead costs $4.99 USD and does not require a touchpad to be played. For more on the latest Gear VR releases, keep reading VRFocus.