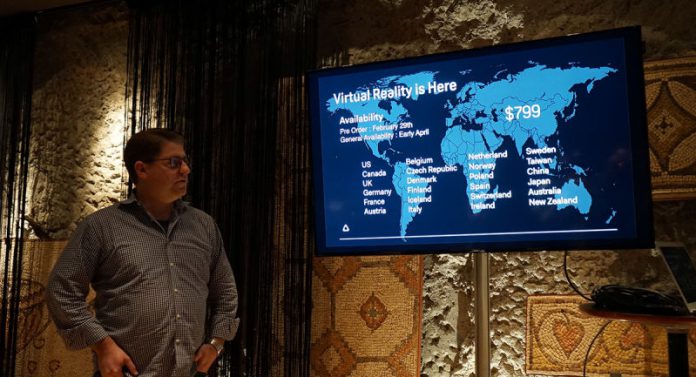 The Oculus Rift is set to arrive in 20 countries across the globe when shipping finally starts on 28th March 2016. Creator Oculus VR is planning to greatly expand that number in the months and years to come, but it seems like HTC is beating it to the punch in at least four territories. Following the announcement of the $799 price tag for the HTC Vive virtual reality (VR) head-mounted display (HMD) earlier today, the 24 countries that the kit will be shipping in have also arrived, and are now listed below.

The list comes by way of an image posted on Reddit. It includes all of the areas that the Oculus Rift will be shipping to: Australia, Belgium, Canada, Denmark, Finland, France, Germany, Iceland, Ireland, Italy, Japan, Netherlands, New Zealand, Norway, Poland, Spain, Sweden, Taiwan, United Kingdom and the United States. New to the list is China, Switzerland, Austria, and Czech Republic. HTC hasn’t yet said when it will be expanding to other regions, nor where else the kit might arrive in the future.

VR fans in these 24 territories will be able to pre-order the HTC Vive when its campaign launches at 10:00 EST on 29th February 2016. Doing so will net you the HMD, two position tracked controllers, two Lighthouse base stations, Owlchemy Labs’ Job Simulator and Northway Games’ Fantastic Contraption. First shipments will take place on 1st April 2016.