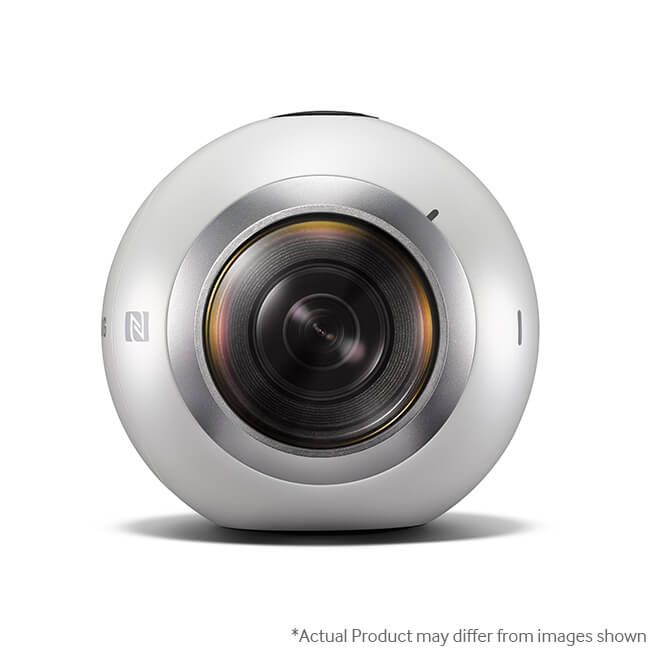 Samsung has announced the Gear 360, a spherical camera that has two fisheye lenses which allow you to record 4K 360-degree videos! Photos have an astonishing resolution capable up to 30 megapixels combined.

The Samsung Gear 360 has two integrated 15-megapixel cameras, equipped with fisheye lenses that have a wide viewing angle so it can make 360-degree videos or photos. The resolution for videos is 3840×1920 pixels at 30fps. The combined  resolution for photo’s is 7776×3888 pixels. It’s also possible use only one of the cameras at a time.

The Gear 360 has a time-lapse mode as well. You can change settings like quality, white balance, HDR, exposure compensation and maximum ISO value. The camera works in combination with the gear 360 app on Samsung smartphones like the Samsung Galaxy S6 and S7 models. It is also possible to view live camera images in 360-degree with the Samsung Gear VR headset.

The camera has a 0.5 “-display and can handle MicroSD cards of up to 128GB for storage. The Gear 360 weighs 153 grams and has dimensions of 66,7×56,2x60mm. The camera is water- and dustproof (IP53 standard). It has built in WiFi, NFC, bluetooth for communication and a USB connection for charging and wired communication. The Gear 360 will be available in the second quarter of this year for a retail price of 419 euros!

The Gear 360 is a major upgrade compared to the current generation of 360-camera’s. Recently we’ve tested and reviewed the Bublcam, which could only record Full-HD with 15FPS for almost double the money. We can’t wait to get our hands on the Gear 360 and see if it is suitable for VR recording. 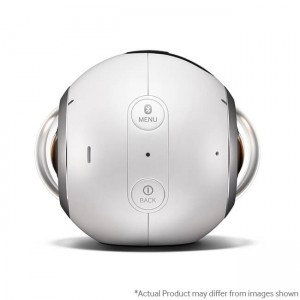 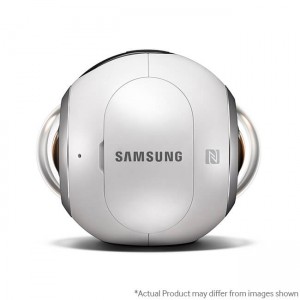 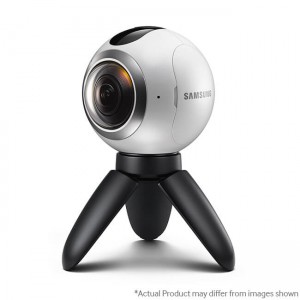 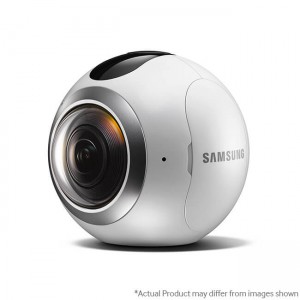 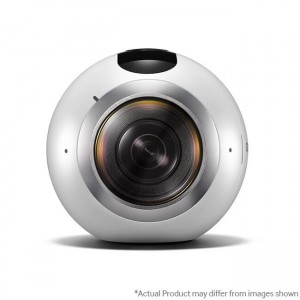