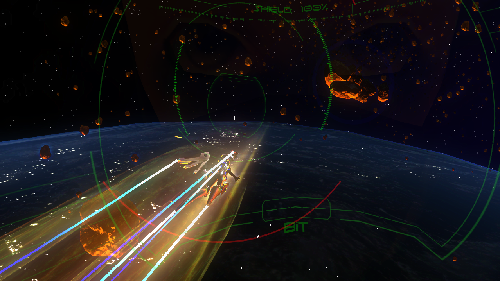 Over the past few years the PlayStation brand has closely associated itself with the indie development scene. Small developers that don’t have the backing of a major publisher are now finding it easier than ever to get their content onto PlayStation platforms such as the PlayStation Vita and PlayStation 4. According to Vangaurd V developer and Zero Transform founder Justin Moravetz, this approach hasn’t changed when it comes to Sony Computer Entertainment’s (SCE’s) upcoming virtual reality (VR) head-mounted display (HMD), PlayStation VR.

Moravetz said as much in a recent interview with PlayStation LifeStyle. “The Oculus Rift has the benefit on being available on a platform you can buy at a store and start developing on,” he replied when asked if PlayStation VR would see the same support as other HMDs like the Oculus Rift. “This will always produce more experiences.  However, the more fully realized titles will stand out and find homes on all the VR platforms. The PlayStation 4 is a fantastic platform to develop on. Its parallels in PC development enable me to focus on a core set of challenges and not have to worry as much on cross platform hardware differences.  Sony has done an excellent job reaching out to indie VR devs so I know we’ll see great things on [PlayStation VR].”

As an indie developer himself, Moravetz has had first-hand experience of working with SCE on a VR title. And it’s not hard to find others; many of the over 60 developers that VRFocus recently listed as working on PlayStation VR are indie studios. That includes the likes of KO-OP with its upcoming surrealist puzzle title, GNOG, and Thomas Was Alone creator Mike Bithell who is adapting his most recent project, Volume, to support the device too.