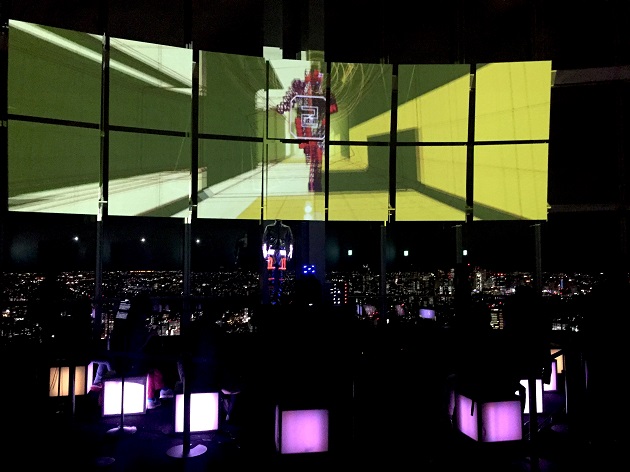 At the 2015 PlayStation Experience (PSX) in December quite a stir was created when videogame designer Tetsuya Mizuguchi walked on stage to announce a remastered version of his 2001 title REZ. REZ Infinite is being remade for virtual reality (VR) with support for the PlayStation VR head-mounted display (HMD) on PlayStation 4. And this week a demonstration of the title will be available for visitors going to the Media Ambition Tokyo (MAT) Art Festival.

For the festival Mizuguchi along with Rhizomatiks and Keio Media Design will be taking the ‘Synesthesia Suit’, first shown at PSX, along so that attendees can see it first hand. A lucky few will also have an opportunity to demo REZ Infinite with the haptic version of the suit which is only available for promotional use, and won’t be sold at retail.The suit features 26 actuators placed within it that vibrate throughout the person’s body along with the music and simultaneously light up via LED. This multimodal suit allows the person to experience music not just through its ears but also through the senses of touch and sight.

As only a select few will be able to experience the ‘Synesthesia Suit’ at the MAT Art Festival the area has been designed to simulate the senses though vibrations and lights, similar to the suit.

VRFocus will continue its coverage of REZ Infinite, reporting back with the latest updates.