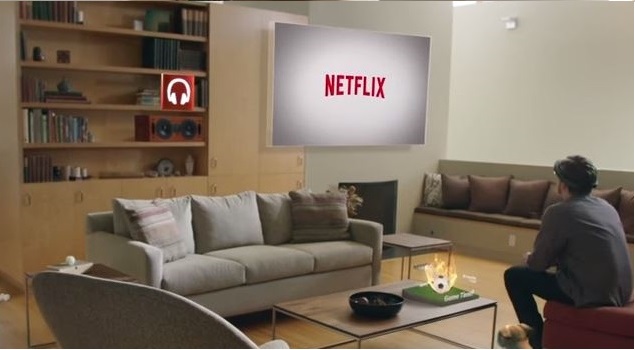 Microsoft surprised the development community yesterday with the sudden launch for pre-orders of the development edition of its HoloLens mixed reality (MR) head-mounted display (HMD). The company had promised a Q1 2016 launch for early orders for the kit for those that applied, though few expected them to go live on the same day that HTC launched pre-orders for the HTC Vive virtual reality (VR) kit. With the launch now out of the way, however, Microsoft has gone into more details about the specs of HoloLens.

As anyone familiar with the device will know, HoloLens is a completely standalone piece of kit. That means that all of its computational power is on board, and there’s no need to tether it to a PC or any other device. To that end, the specs list Intel 32 bit architecture and a ‘custom-built’ Microsoft Holographic Processing Unity (HPU 1.0) that are housed inside the kit. It also weighs in at 579g, features 64GB of Flash memory and 2GB or Ram. It of course also operates on Windows 10 and features the Windows Store to download new apps.

Inputs, outputs and connectivity features include built-in speakers, a 3.5mm audio jack, volume, brightness and power buttons, LEDs for battery status, Wi-Fi 802.11ac, a USB 2.0 slot and Bluetooth 4.1 support. Finally, the battery life is said to last between 2 – 3 hours with up to 2 weeks of standby time. The kit can also be used when charging.

Stay tuned to VRFocus for the latest on HoloLens.