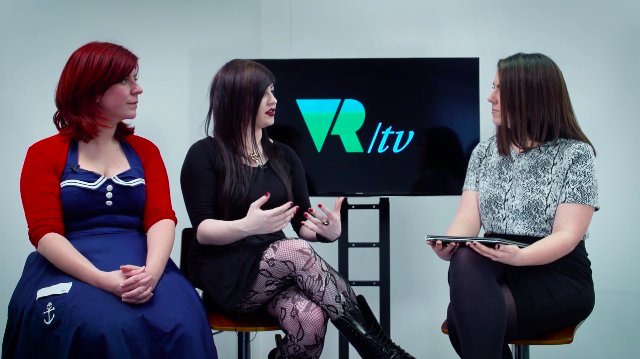 The success of the first official VRTV episode has surpassed VRFocus’ hopes and expectations, reaching over 1,000 views within the first day of its release. It blew away the promo – Episode 0 – with ease. The amount of positive feedback has been stunning, and we can’t wait to deliver more great content, and I certainly can’t wait to talk to more guests.
During the day of filming there was a lot to get to grips on all round with the start-up of VRTV, which we are working hard on to become a staple informative entertainment feature in the VR industry. Inevitably, there were a series of technical mishaps that happened throughout the day, including having to take away one TV from the set as it was damaged before any use. Despite these, however, the first episode was wrapped up before we knew it and we were all able to grab a bite to eat in the evening (for the first time that day for most of us).

Stef Keegan and Daley Johnson were both fantastic first guests for the show, on and off screen, who both received great comments from you all. Before sitting down with me, Stef showed me the designs she has made for Pixel Ripped, including a few features that aren’t on the demo (it’s a secret), and it was pretty cool to see how a solid, immersive videogame is materialised. Daley was more than a pleasure to talk to, had a great sense of humour that kept us going until the very end, and it was great to has an Esper 2 reveal on the first show. We’re sure you can’t wait to hear who the next two guests will be, but we won’t be revealing those until the sneak peek next week – sorry! 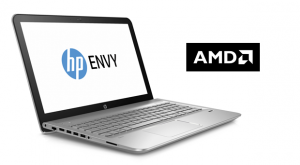 Along with the guests there was the reveal of the Google Cardboard winners, @cbixby and @rgslutsky, who will be receiving their Legendary Google Cardboards soon enough in the mail. I had a fair amount of interest for that competition, but we all realised that not everyone has a Twitter account. So, to make it more open and fair to all of our viewers for the next competition, we have decided to ask for comments on the VRFocus post and YouTube video as well as tweeting me @ZeenaVRFocus. So with that in mind you can catch the latest competition on last week’s episode for the HP Envy 15 A10-8700P (720p, DC/DX, HDD) worth up to £499 GBP – a very generous and pretty impressive prize courtesy of AMD!

The next episode of VRTV will air at 3pm on 10th March, just over a week from today, and you can expect the latest news in our roundup. But before then, keep a look out for the sneak peek on VRFocus next week!
-END-

The post Behind the Scenes of VRTV #1 appeared first on VRFocus.