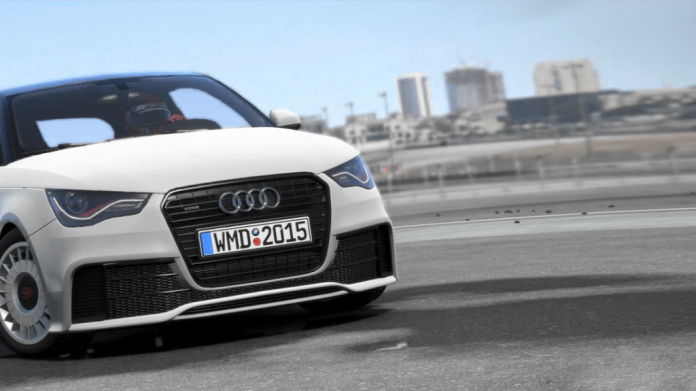 Earlier this week VRFocus reported on Slightly Mad Studios revealing a new patch for its popular racing simulator Project CARS. The 8.0 patch included an update to support Oculus VR’s software development kit (SDK) version 8.0 for the Oculus Rift head-mounted display (HMD). Now the full changelog is available with all the additions and improvements that have been added.

The full list (seen below) includes vehicle and track fixes as well as further adjustments relating to heating on under-inflated tyres. The developer has also announce a sequel but as of yet hasn’t discussed if this will be supporting VR.

Tracks
• Cadwell Park – Fixed an issue where cars while on the main straight would hit the pit wall at a certain spot and be disqualified.
• Ruapuna all layouts – updated the position of the pit exit trigger so it’s after the start line trigger. Full optimisation pass done on all the layouts to improve performance.

Physics, Tires and Setups
• Further adjustment of heating on under-inflated tires where it was reduced as part of the discontinuity fix.
• Fixed issues with players not being able to save setups to DLC tracks, if they started their profile with older versions of the game.

GUI
• DLC cars and tracks will now remain selected between game sessions.
• Fixed a bug where some tracks with forced rolling starts was locking out the rolling start option after moving to a different track.

UDP
• Extended joypad and dpad bitfields to include some extra buttons on steering wheels. Added ‘same class as player’ flag in participant info mSector field. Fixed a couple of issues with packet types 1/2 not sending at the correct rate.

Render
• Fixed bloom not working correctly on any MSAA mode on PC.

VRFocus will continue to follow the progress of Project CARS and any further VR updates in the run up to the launch of the Oculus Rift CV1.