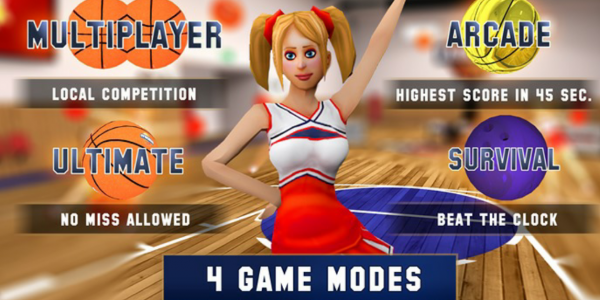 The French developers have improved the videogame that originally was compatible with the second Oculus Rift development Kit (DK2) HMD. This bizarre videogame features the player as a basketball hoop and by using only their head must catch each ball thrown towards their face. Users can build up combos, unlock achievements, and watch the cheerleaders during gameplay.

The number of modes has increased from the previous version from two to four, including Arcade, Ultimate, Survival, and Multiplayer. In Arcade mode you must catch as many balls as you can within 45 seconds, Ultimate mode requires you not to miss any balls, Survival mode turns the balls into precious seconds, and multiplayer allows up to nine players to compete on the same HMD.

BASKHEAD is available for $3.99 USD and can be bought from Oculus Home. Check back at VRFocus for updates and new releases for Samsung Gear VR.