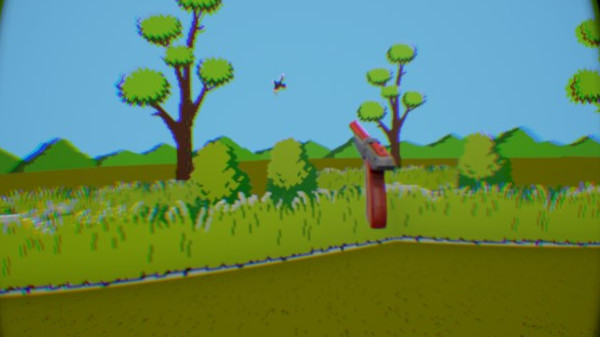 As you may recall, despite previously throwing cold water on the idea, there’s recently been increased speculation regarding Nintendo and their plans for virtual reality (VR). Will their NX console feature their version of a head mounted display (HMD)? What games could possibly make the jump to VR? For the final New To VR for the week we’re taking a trip away from our usual hunting grounds and instead looking at one of the entries in the Global Game Jam that is certainly causing a bit of a stir online after one enterprising creator Joseph Delgado entered a VR version of NES classic Duck Hunt.

Because if Nintendo aren’t interested there are people who will do it for them – and in only twenty-four hours.

Built for the Oculus Rift DK2 and utilizing a Razer Hydra as the controller, Duck Hunt Life VR features an expanded variation of the game in which the player is set the challenge of shooting a specific number of ducks per day over the course of the week. You win the game by lasting that entire duration – and yes, the infamous Duck Hunt Dog is included; annoying laughter and all.

Whilst not publically downloadable it seems, (perhaps for good reason, as Nintendo are likely to take issue with any download) the results of the build can be seen on YouTube (below), whilst a post-mortem by the creator can be found on their website here.

VRFocus will return next week with more experiences for you to look at, and hopefully try, in VR. Be sure to check back over the weekend for more stories and articles from the wider world of VR.