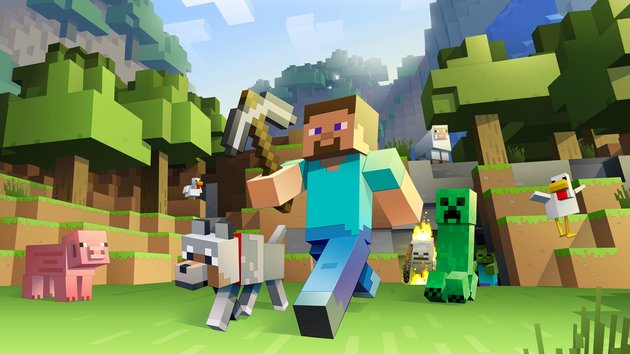 Mojang, developers of the hugely popular Minecraft videogame series, recently confirmed that a virtual reality (VR) update would be made available for Minecraft Windows 10 Edition, bringing native Oculus Rift support to the title for the first time. Following that reveal, a new update to the official Minecraft VR website has revealed that all existing gameplay modes in Minecraft Windows 10 Edition will be offered in VR, including Creative and Survival Modes in addition to multiplayer gameplay.

Minecraft’s Creative Mode has remained a popular staple of the videogame for a long time, offering players the opportunity to exercise their creativity in a world without peril. Survival Mode is the exact opposite, challenging players to fight against the odds as enemy numbers are increased and the stakes are much higher. The fact that multiplayer gameplay would be offered as part of the Oculus Rift update was perhaps a given, but many fans eagerly awaiting the opportunity to experience Minecraft Windows 10 Edition in VR will no doubt appreciate the confirmation.

As VRFocus has previously reported, Minecraft Windows 10 Edition will see many of the adaptations made for the Gear VR edition of Minecraft brought to the videogame. You can find more details in the efforts made to accommodate VR in Minecraft in VRFocus’ comprehensive guide to everything Minecraft VR.

No official release date has yet been announced for the Minecraft Windows 10 Edition VR update, but VRFocus will of course keep you updated with all the latest details from Mojang, Microsoft and Oculus VR.