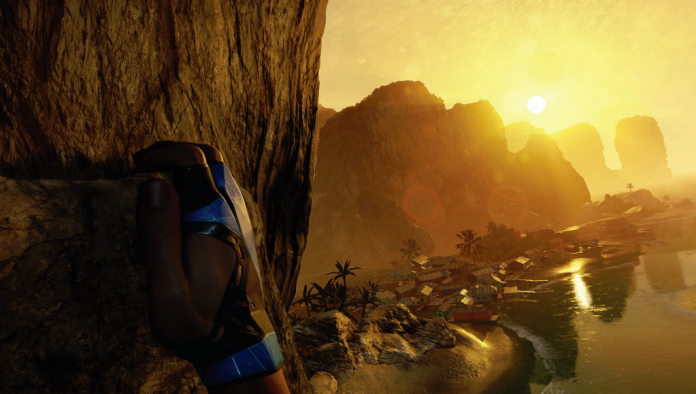 There’s just over a week to go until the start of the annual Gamescom consumer show in Cologne, Germany. This years event looks to feature a strong line-up of virtual reality (VR) content and German studio Crytek has just revealed some interesting news. It’ll be showcasing the first playable demos of The Climb for Oculus Touch and Robinson: The Journey on Sony Interactive Entertainment’s (SIE’s) PlayStation VR.

The Climb has already launched for Oculus Rift – released back in April – with support for the Xbox One controller, but Crytek had always said the title has been designed to work with the Oculus Touch motion controllers. So for the general public they’ll now be able to climb up those mountains using body movements, aiding the immersive feel of the title. There’s been no sold date set for the launch of Oculus Touch, just that it’ll be in Fall 2016, or the actual price for the device.

While PlayStation VR exclusive, Robinson: The Journey, will now get its first public debut on the system. The title was first announced back in June 2015 with Crytek then confirming in October it would solely launch on SIE’s headset. Most recently Robinson: The Journey was demoable at the Electronic Entertainment Expo (E3) in Los Angeles, California, but most of the event is trade and press only so fans looking to get their hands on the videogame prior to PlayStation VR’s launch can now do so.

Robinson: The Journey is set on a dinosaur-infested alien planet, in which players will control a young boy named Robin who’s crash landed on it. Crytek hasn’t yet given a release date for the videogame, so maybe those details will be released during the event.

VRFocus will be at Gamescom 2017 to bring you all the latest VR news, so stay tuned for further announcements.