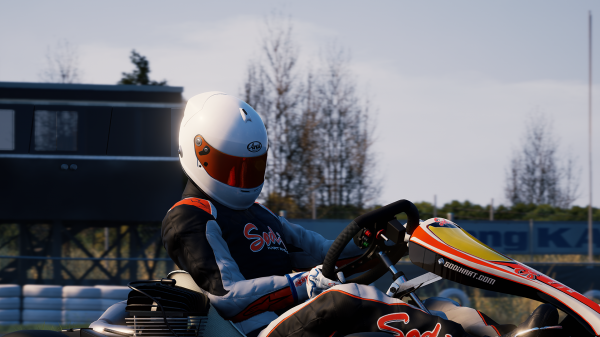 KartKraft, originally a university game prototype, made its way to Gamescom last year after passing its Steam Greenlight campaign, and is now even closer to an official release. Formerly known as KartSim, the realistic racing title, with confirmed support for the Oculus Rift virtual reality (VR) headset, KartKraft will now be coming to Steam Early Access soon for ‘early 2016′ and has released a teaser video for it.

Black Delta, the Australian developers of KartKraft, founded by ex-kart racer and Black Delta CEO, Zach Griffin, have released its first gameplay trailer for the PC kart racing videogame, featuring up close detail of the mechanics, how the karts maneuver round the laser scanned circuits, and a first preview of the racing sandbox mode.

On the official KartKraft website it says: “After rushing back to Australia from our incredible reception at Gamescom 2015, we’ve been deep in the trenches preparing for KartKraft’s Early Access release. Twelve months since we launched the studio to rebuild KartKraft from the ground up, we can finally show what the Black Delta team has been working on.”

The Early Access title will feature: real kart racing simulation with 3,5Gs of cornering forces; accelerations from 1-100km/h in 3.1 seconds, which is as fast as the Lamborghini Aventador; international renowned circuits; real kart physics with realistic reactions to the immense speed being reached round the course; multiplayer capabilities that allow you to create a team and invite friends to race alongside you; and fully customisable avatars including suits, gloves, boots, and helmets.

KartKraft is scheduled for release in the first quarter of 2016 on Steam’s Early Access.

For more news and updates on KartKraft, check back with VRFocus.