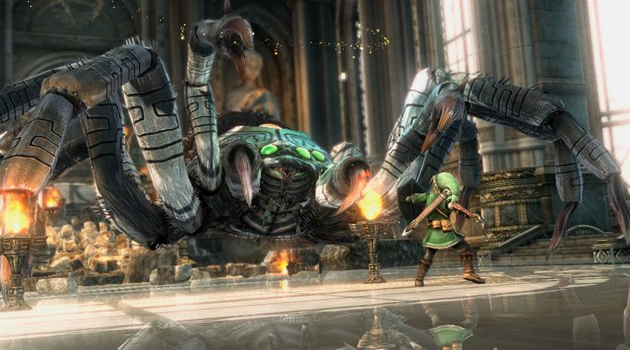 One of the first news stories to ever run on VRFocus just under two years ago now was a write up on comments from Cliff Bleszinski, the man that gave the videogame industry Gears of War. An Oculus VR investor and tech evangelist, the developer spoke about how ‘magical’ the Oculus Rift head-mounted display (HMD) was, but how studios couldn’t just ‘dump’ videogames on it without properly designing for the VR experience. He was right, of course, and the industry has seen countless examples of this and similar statements in the years that have followed.

One of the first features to ever run on VRFocus just under two years ago now was ‘Make it a (Virtual) Reality‘. This weekly series is where videogame, film and TV franchises are cherry picked and analysed. For titles like The Legend of Zelda, shows such as Knightmare, and films like Star Wars, the feature discussed how franchises could be moulded into the VR experiences everyone has dreamed about.

Bleszinski’s words have always hung over the feature in a surreal way, though. True, the series embraced why some experiences wouldn’t fit just as much as those that would, but the images it tried to paint in the reader’s mind of a VR Spider-Man videogame or ultimate Call of Duty experience were tainted by the knowledge that these dreams were just that. In fact, you could even argue that sowing the seeds of hope for Tom Raider VR does more harm than good, but it was still fun to think about.

But, as VRFocus heads into its third year in just a few days’ time, it’s time to stop dreaming. VR is almost here in a meaningful way. The Oculus Rift, unbelievably, will be out next month and the HTC Vive and PlayStation VR won’t be far behind it. Those VR experiences you’ve lost hours thinking about? You’ll soon be losing hours playing them. For that reason, it’s time to stop paying a weekly visit to the land of ‘What Ifs’.

Starting this week, ‘Make it a (Virtual) Reality’ will no longer be a weekly feature. This isn’t a final goodbye; some things are just too perfect not to talk about, but still the end of an era. In its place will be something brand new.

On Friday, VRFocus will debut its brand new feature, ‘VR Moments’. It won’t talk about the dream experiences we want to have, but rather the ones we’ve already had. It will detail the seconds, minutes and, in some cases, hours in which VR has really proved itself and totally immersed us in new worlds, cinematic moments and blood pumping action. Fans of the site might remember hearing about some of these moments in past previews and such, but here they’ll have all the attention dedicated to them. It’s an exciting prospect to finally start talking about the memories VR has given rather than waiting for them to come, and it’s a sign of the shift the entire industry is about to take.

So check back tomorrow for the first instalment of ‘VR Moments’, which will talk about a memorable incident in one of the HTC Vive’s most exciting upcoming projects. Until then, say your goodbyes to one of VRFocus’ longest running features.