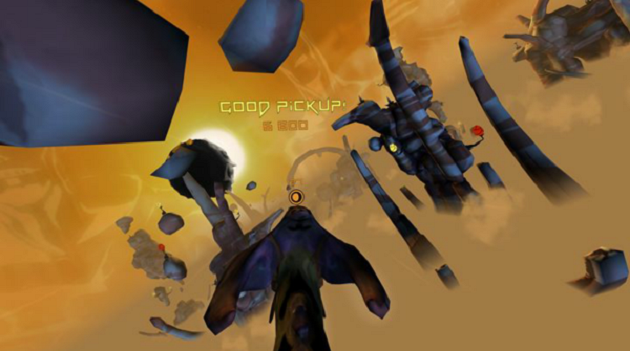 Way back in early 2014, Agharta Studio a small indie team located in Lyon, France released a playable demo for the Oculus Rift head-mounted display (HMD) called Epic Dragon VR. The title was based on a prototype built during a three-week virtual reality (VR) Jam organised by Oculus VR and IndieCade. Now the videogame has made its way to Samsung’s mobile HMD Gear VR, through the concepts section of the Oculus store.

In this concept prototype players mount a dragon to collect scared dragon eggs. The aim is to collect the eggs as fast as possible. Once players begin to pick up the eggs they’ll activate a combo mode to rack up a big a score as they can. The eggs will also add extra time to the level to help max out those highscores.

This experience is controlled entirely with the Gear VR headset. There is no need for a gamepad or other controls as the player uses their head direction to steer their dragon, which will automatically turn and travel towards that destination.

With Epic Dragon VR being available in the concept section the title is still only a demo and not a fully fledged release. hat being said, it’s free to download for anyone wishing to try their hand at flying a dragon on the Gear VR.